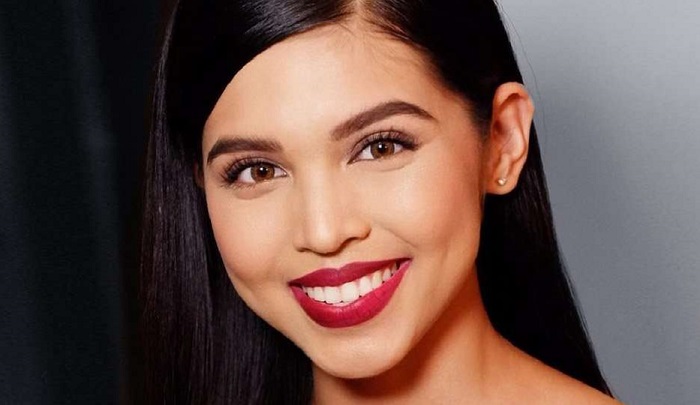 Maine Mendoza is an actress, host, TV personality and a comedian, writer and singer from the Philippines who came to fame in her country but also worldwide.

Mendoza became known for the role of Yaya Dub in a tv show Eat Bulaga!’s segment titled “Kalyeserye” that aired on GMA Network.

She also became popular for her Dubsmash videos that became viral.

Her rise to fame is often described as unusual because she was one of the people that formes the AlDub love team in Eat Bulaga!

In 2015 and she was paired with Alden Richards, also an actor and a host.

Along with her work in Eat Bulaga! She was also in movies like My Bebe Love: #KiligPaMore from 2015 for which she got the Meteo Manila Film Festival award in the category of Best Supporting Actress.

In 2016 she was the main actress in the movie “Imagine You & Me”. For this movie, she was also involved in the recording of its theme song in which she sang.

She is also a very passionate writer and she had a blog a lot before she started her career in TV and film.

In 2017 her autobiography was released under the title Yup I Am That Girl, and it was a lot more detailed version of her blog Pessimistic Optimist Bella.

Maine was born on March 3rd in 1995 in Santa Maria, located in Bulacan in the Philippines. Her full name is Nicomaine Dei Capili Mendoza.

Her mother is Mary Ann and her father is Teodoro Mendoza. Mary is an accountant and she is also the owner of a few gas stations in Bulacan. Teodoro is an engineer that also dabbles in road construction.

She has four siblings, two brothers and also two sisters. What is interesting is that all of her sibling’s names start with “Nico”, just like hers.

She went to St. Paul College of Bocaue located in Bulacan and graduated with a bachelor’s degree in hotel, restaurant and institution management.

She also got a major in culinary arts at the De La Salle-College of St. Belinda.

Then she worked as an intern in The Sagamore in Bolton Landing located in New York.

At the beginning of 2015, Maine posted a compilation of her Dubsmash videos on her Facebook and they went viral overnight.

In the mentioned videos she was impersonating Kris Aquino, a famous actress. With this, she became the “Queen of Dubsmash” in the Philippines and made her known to the public.

In July of 2015, she appeared on Eat Bulaga! For the first time. She had the role of Yaya Dub (also known by the name Divina Ursula Bukbukova Smash) and she was an assistant of Lola Nidora that was played by an actress Wally Bayola. This was on the “Juan For All, All For Juan” segment on the show.

Her character was paired with Eat Bugala!s co-host called Alden Richards and they did a romantic-comedy sketch that same month without any script and they titled it “Kalyeserye”. This sketch had a lot of success and they became known in the public as “AlDub”. The “Al” part is a part of the first name of Richards and “Dub” is Maine’s character in “Kalyeserye”.

Mendoza brought Eat Bulaga! Even more exposure and success and the ratings of the show became even better.

In November of 2015, she appeared in an actual TV series for the first time. It was in Princess in the Palace in which she had the role of Chef Elize.

At the end of 2015, she guest-starred in a sitcom called Vampire Ang Daddy Ko and she was also in a variety show called PinaSaya.

In 2015 Mandoza was also in the Metro Manila Film Festival (shorter MMFF) with her entry she did alongside Richards. It is titled My Bebe Love #KiligPaMore. She did this alongside Vic Sotto and Ai-Ai de las Alas, too.

The movie was directed by Jose Javier Reyes.

In it, Mendoza has the role of Anna Carillo, a rebellious kid of Sotto’s character. For this role, she got the Best Supporting Actress award by the Metro Manila Film Festival.

In 2015 she was in a commercial for GMA Network for Christmas. Although she appeared in this commercial, she isn’t a member of the network’s art center.

Mendoza’s work is being managed by Triple-A which is Antonio P. Tuviera’s company. He is the executive producer of the show Eat Bulaga!

In 2016 she was in Eat Bulaga!’s specials for the Lenten season.

She was again Divina/Yaya Dub but this time in Kaputol ng Buhay. She was also Dani in God Gave Me You.

For this role, she got the Darling of the Screen award. She also got the nomination for Most Dramatic Performance in April that year.

She was also in a movie titled “Imagine You & Me” where she played alongside Richards again. This movie was partially filmed in Como, in Italy.

In 2017 they were again together, this time in a TV series called Destined to Be Yours. In it Mendoza plays Sinag Obispo, a DJ and Richard’s plays Benjie Rosales, an architect.

In October that year, they were in Eat Bugala!’s movie Love is…, directed by Adolf Alix Jr.

Since the end of 2017 Mandoza currently appears in Daig Kayo ng Lola Ko as a guest in various roles.

Mendoza did a lot of advertisement herself and many more with Richards. She was on the cover of Meh Magazine and also Preview magazine in 2015.

The cast of “Kalyeserye” along with Mendoza was on the cover of YES! Magazine also that year.

With Richards, she has been on the cover of Reader’s Digest Asia, and a special issue of the YES! Magazine. They were also on People Asia and Inside Showbiz.

Mendoza and Richards together received the People of the Year award in 2016 from the People magazine.

Mendoza got the Trinitarian award for the Most Valuable Female Advertising Endorser on Platinum Stallion Awards in the year 2016.

The pair was again on the YES! Magazine cover in January of 2016. They were also the first people in showbiz to be the cover of BizNews Asia.

In 2016 she was on a Disney Channel Asia calendar where she was dressed as Elsa from the movie Frozen.

In February of 2016, she was in Cosmopolitan along with her co-stars Richards and Esquire.

In July Richards and she was again on the YES! Magazine cover. They were also on the magazine’s Most Beautiful Stars of 2016 list.

Mega Magazine called Mendoza one of the 25 iconic women and she appeared on their cover.

She was also on the cover of Cosmopolitan Phillippines magazine’s special.

Since 2012, Mendoza has her blog the Pessimistic Optimist Bell.

In 2017 she announced that she will be publishing her book and that her blog is the inspiration behind it.

In October that year, she published her autobiographical book Yup, I Am That Girl. It was published by Summit media.

The title of the book comes from her Twitter bio. After the publishing of the book, her hashtag #YupIAmThatGirl became trending. The book was a huge success.

In 2018 Mendoza signed a deal with Universal Records to make her first album.

She was a part of Eat Bulaga!s benefit concert at the Philippine Arena in 2015.

In 2018 she launched the project “Humans of Barangay” inspired by Brandon Stanton that did the same for New York.

She is also a huge supporter of the Lumands in Mindanao and speaks about their problems.

She is an advocate for same-sex marriages and believes in people’s rights to love whoever they want.

Mandoza bought a franchisee of McDonald’s and opened her restaurant in 2017 in her hometown Bulacan.

She is one of the most searched Philippines female personalities and has a very wide influence through the internet.

She’s been called the Social Media Queen in the Philippines and also The Phenomenal Star.

In 2015 her Twitter account was growing so fast that she got a million followers in just a few months.

She was in a few talk shows and tv magazines like Kapuso Mo, Jessica Soho, and CelebriTV, and also Tonight with Arnold Clavio.

She was also on Lip Sync Battle Philippines in the fourth episode of the show in 2016. She wasn’t performing but giving her friend Alden Richards tips for lip-syncing through a video.

In 2016 she had a cameo role in movies called Enteng Kabisote 10 and The Avengers.

As for her personal life, she dated her high school sweetheart Erwin Gabriel Libornio Torculas.

In 2014 she was rumored to date Miguel Villapando and in 2015 she was connected to Alden Richards.