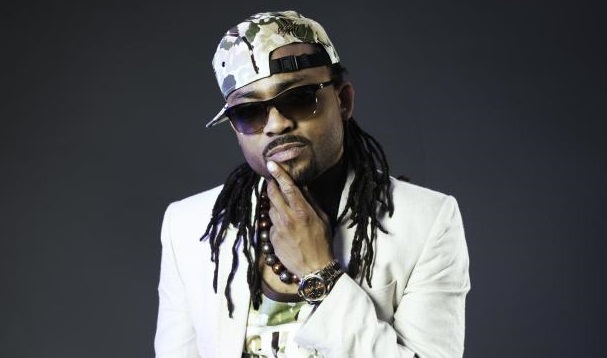 Machel Montano is a respectable musician, songwriter, and actor hailing from the country of Trinidad and Tobago who is active in the media since for over 30 years.

He is representative of Soca music, originally developed by Lord Shorty and based on the revival of an old Afro-Caribbean music genre called Calypso music. Soca stands for Soul Calypso and it describes that kind of music genre.

He was born on November 24, 1974, in a town situated in the northwest of Trinidad under the name Carenage.

In his very early childhood, his complete family relocated to the town of Siparia which is located in Trinidad’s south.

He was a pupil of 9 years and was still in primary school when he became known for the song titled “Too Young To Soca”.

One year later, in 1984, he and his brother Marcus created a music group named Panasonic Express.

Several boys from the neighborhood joined in and the group started making their music and lyrics and performing in the community.

In 1987, he entered a writing contest and became the star of the T&T National Song Writers Festival with a high 2nd place for his song “Dream Girl”.

In 1989, the group changed the name to Xtatix and Machel became the leader of the group and its lead vocalist.

They have released the first album with the new name in 1990 and it was released, titled “One Step Ahead”.

The albums were very popular in Trinidad & Tobago. Their new guitarist named Roger George joined them in 1991 and the group changed their focus to dancehall/Soca fusion.

After releasing several albums and gaining success with it the group got known outside the local communities and reached the USA.

In 1995 they became recognized in the United States through their hit song called “Come Dig It”. This song was a great fusion of soca and house music and was very powerful and interesting to listen to.

In 1997, Xtatik became the winners of the Trinidad Road March event and won the title for their hit “Big Truck”.

They repeated it with “Footsteps” in 1998 when Peter Lewis became their new member and a new co-lead vocalist.

In 1996, the band was honored as a winner of the Party Band Competition.

Machel is the youngest songwriter from Trinidad to win the Caribbean Song Festival which took place in Barbados.

During his career with the Xtatik band, he showed himself not only as a great artist but also a great businessman.

He had changed the name of the group several times, re-inventing their music so they would never become boring to their fans.

The band has changed the name from Xtatik to The Xtatik Circus and Xtatik The Road Marching Band.

In 2007 he changed the name of the band into Machel Montan High Definition.

The story behind the name HD is Machel’s concept that he envolved to HD, being the first man to do it.

HD stands for his music from the beginning until today and he often speaks about the evolution of the music.

In 2007 Montano started using a special HD tour bus which is a remodeled two-decades-old Public Bus which was transformed into an HD bus.

The bus contains a bedroom, bathroom, and all the hi-tech media electronics. This was huge publicity for him that year.

He is the first local artist to have a personal tour bus, and the fans especially liked it because it is an old PTSC bus that was refurbished and customized for the artist.

This special bus has its own generator and has a JVC sound system. The making of the bus was completely taped and it could be seen on Synergy TV.

Machel is also one of the representatives of the “Arrive Alive” Campaign which promotes safe driving in Trinidad & Tobago.

He produced it himself completely and it’s a follow up of his “Book of Angels” which was sold out in just a few days after its initial release.

This album could be bought also in the American market.

His HD bus was featured in his videos for songs “Jumbie” and “Rollin/Blazin d Trail”.

In 2012, Machel became the winner of the Road March on the Carribean festival. He later also won the Groovy Soca Monarch with his “Mr. Fete” hit.

After James Walton became his manager, both personal and business managers, Machel’s career rose to a higher level.

Machel’s manager helped him to establish his clothing line, double his collaborations with other artists and got him involved in reality shows which brought huge attention to him.

Machel was always proud of the diversity of his band members who came from Venezuela, Grenada, Barbados and more.

The main music director of the band was a drummer named Kernal Roberts, whose father was a calypso legend.

Machel worked on BBC Radio 1xtra for four years and he used his abilities as a presenter to promote Soca music in the UK.

His collaborations with calypso artists like David Rudder and Mighty Sparrow brought him huge attention just as the ones with reggae and hip hop artist like Lil Jon, Shaggy, and Buju Banton.

Machel considers his drummer Kernal his right-hand man and he gives him space to control the music path of the band with him.

Kernal is a great songwriter and he has written over 50% of the songs on his album “Flame”.

In 2012 and 2013 he had won the contest in several different categories and has won a lot of money for it.

He is strongly involved in social media but he started it in recent years.

In 2014 he got very interested in EDM or electric dance music so he started collaborating with Diplo and Major Lazer on it.

Their EDM/Soca single was released in January and it was titled “Sound Bang”.

The same year Montano became the winner of a Soul Train Award for his “Ministry of Road” performance.

This was a huge thing for him because only one more artist has won this award in the category of Soca music: Bunji Garlin.

Montano competes at the International Soca Monarch competition every year. His first win was in 2011, for a song titled “Advantage”.

In 2014 became the winner in the Power Monarch category and in three more which made him the first Soca musician to do it.

In 2015 he took the Power Monarch title again with his song called “Like Ah Boss”.

In 2017, Forbes has listed Machel Montano as one of the Top 10 artists to follow on the Trinidad & Tobago Carnival.

In 2019, he rose controversy after singing a Hindu chant while performing at the Carnival. Many Hindu found it inappropriate and disgraceful and the word “unsacred” had been said many times.

But Machel himself stated that his intentions weren’t to offend anyone and that he especially respects the Hindu religion since he is very close to its ideology, especially in the spiritual way.

In 2019 his new single “The Road” was released and it was made in a collaboration with Ashanti, a popular R&B singer. He was very happy about their collaboration.

Their collaborative single is named “The Road” and it was recorded in Brooklyn, in the Rawlston Recording Studio.

The duo debuted with the song on Machel Monday, his annual carnival concert extravaganza, held in February.

The place of the performance was a stadium in Port of Spain.

As for his family and personal life he has a father Winston and a mother Elizabeth. He has a brother Marcus who helped him start his career.

He has two daughters,  Malaya Journey and Melanie Montano and a son Nicholas. He loves them dearly and tries to be a good father for them

In 2011, he and his HD group were heavily criticized by the fact that they were on the posters promoting Barbados Crop Festival. Both Bajans and Trinidad people were mad about this.

He was in a relationship with Kavelle Keir who got involved with a musician Popcaan in 2015. Rumors say that Machele and Kavelle were married but they never confirmed it.

In June 2016 he was invited to perform at the White House regarding the celebration of Caribbean American Heritage Month.

He again entered the controversy when he performed at a Jamaican festival and screamed to the crowd that this festival is better than T&T Festival in his home country.

This caused another Trinidad’s artist Blaxx to call Machel the devil while performing on stage. He was very angry because of Machel’s statement and wouldn’t apologize in any way.