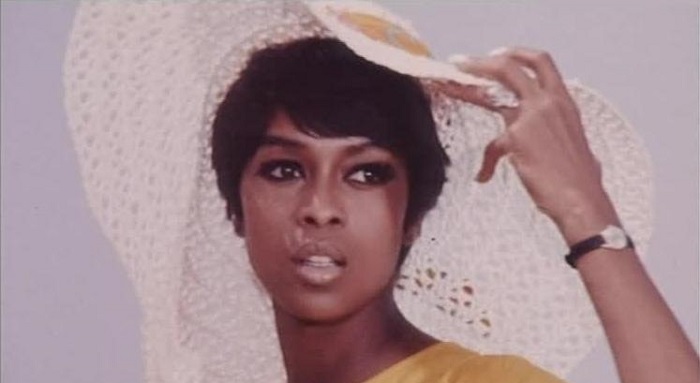 One of the most famous show girls, often referred to as the “First Lady of Las Vegas”, is Lola Falana. Starting as a dancer for Dinah Washington, Falana danced her way up to the stars, becoming one of the biggest names in show business. With her unique personality Lola was always in the center of attention and loved by the public both in America and worldwide.

In this article you will have the opportunity to learn more about her early years, her career development and success. You can learn about her net worth, personal life, many biographical details and interesting facts about Lola Falana.

Loletha Elayne Falana was born in the United States, in the city of Camden, New Jersey.  Her birthday is on September 11th, 1942. Her father, whose name was Bennett Falana moved to the United States from Cuba where he met Cleo, Lola’s mother. They had six children, the third being Loletha Elayne Falana. Lola’s father, an ex- marine, worked as a welder at a shipyard to support his family, while her mother helped supporting the family as a seamstress. Lola and her sister and four brothers grew up in Philadelphia.

Lola had big dreams even as a little girl. Even though the money was tight her parents recognized her talent and nurtured it by paying for her dance, violin and piano lessons. Lola grew up surrounded by arts.

She soon began to steal the spotlight wherever she was, getting involved with choreography of plays in high school.

Despite of her parents Lola ran away from home before finishing her high school education. Surviving in the streets of New York, Lola caught her first big break dancing as a back-up dancer for Dinah Washington.

Soon after shining as Washington’s protégée on stage she caught the attention of the great Sammy Davis Jr. Sammy recognized the talent and potential of Lola, so he cast her in Golden Boy (1964). Lola turned heads and caught the public eye with this role, gained respect of fellow dancers and actors, and soon got the opportunity to record “My Baby”, as her first song for the famous label Mercury Records. Later in the 1960s came her first movie role side by side Sammy Davis Jr. in A Man Called Adam.

Becoming famous and winning over the hearts of America’s public, Lola decided to try her luck in Italian show business. She starred in a couple films, commercials and appearing on many magazine covers soon became Italia’s sweetheart.

American public couldn’t wait for Falana’s comeback, so after a few successful years conquering Italia Falana stole back the spotlight appearing in many television shows.

The 1970s brought Falana unbelievable success both on film and television. Her busy schedule didn’t stop her to work on her music too and have a Billboard hit in 1975. This year was the year of Falana’s dream come true. Role in Dr. Jazz, a Broadway musical brought her a Tony nomination.

Falana’s personal life is not highly publicized. Even though comfortable being in the spotlight for her talent in dancing and acting, Falana tried to keep her personal life private. She was married to Feliciano Tavares back in the 1970s, but their turbulent lifestyles eventually lead them to part ways after just a couple years together.

During her career it was often speculated that Falna and Davis had a relationship, but Falana later stated that even though she had a brief romance with Davis, her work was always a priority.

Despite of her unbelievable success, that came so effortlessly to Lola, at the highest point of her career Falana felt incomplete. She often battled with depression, and pointed out how she felt her life was purposeless. Her state of depression was fueled by a MS diagnosis in the late 1980s.

She felt desperate, alone, depressed until she reconnected with God through her faith. Rediscovering Catholic faith reshaped Falana’s life, and changed her path from a show business queen to a devoted believer. She often gives interviews where she speaks about her religion, trying to inspire and help people in need.

Falana is not only a believer she is a well-known philanthropist. As a founder of The Lambs of God Ministry Falana works on helping orphans and is a spokesperson for SSSO, Save Sub-Saharan Orphans.

Lola Falana has a net worth of $10 million dollars, earned during her versatile career as a dancer, choreographer, musician, actress, showgirl.

Falana retired from show business long before the era of social media. She devoted her life to religious purposes, and isn’t active on social media.

The most interesting thing about Lola Falana is, as she pointed out in many interviews is the fact she never actually wanted to be a celebrity. She only wanted to devote her life to the art of dancing, acting and music, but her amazing magnetic personality drew attention to Falana almost immediately.

She speaks fluent Italian, and is a part of Italian show business history almost as much as she is a part of Hollywood’s history

Lola Falana is the first black woman to ever be featured in a perfume commercial.

Lola Falana is one of the most fascinating people that graced American show business. This magnetic personality, incredible talent completely devoted to the arts of dance, music and performance owned the spotlight like no one before or after her did.

She is one of the most important people in show business history, who broke the rules, opened many doors for African-American artists.