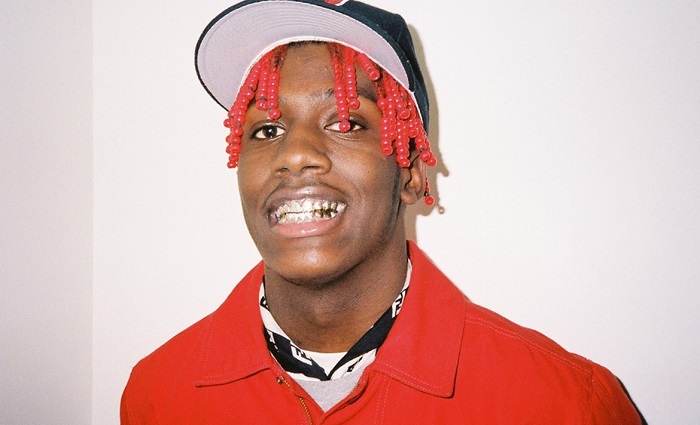 Lil Yachty is the stage name of a rapper from Atlanta who is changing rap music by shifting its focus from gang violence to positivity and fun. He got famous in 2015 after his songs “One Night” was used in a viral video made by a YouTube comedian. And it took him a year and a half to gain almost 140 million views on YouTube and a Grammy nomination for best collaboration.

The 21-year-old made it by using social media to his advantage and branding his name, music, and complete persona into an almost cartoon-like character that is unique, recognizable but also fun and new age. Yachty’s success story is one of the most interesting rapper stories out there and this article tells it to the detail.

Lil Yachty was born as Miles Parks McCollum on the 23rd of August 1996 in Mableton, Georgia which is 12 miles (19 km) away from the State capital Atlanta.

He dropped out of college and in 2015 Miles moved to New York City to focus on building his career as a rapper. At the beginning, Miles stayed at a friend’s place. He took the stage name “Yachty” and focused on building his Instagram account.

On his road to the big league, one thing is for sure, Miles knew the right people. His father was a good friend of Coach K, one of two founders of Quality Control, the label that signed with some of the biggest names on the rap scene. Not to mention that Coach K was at one point the manager behind Gucci Mane. He was probably the one who pointed young Miles in the right direction even before he officially became his manager in 2016.

At the end of 2015 the audio of Yachty’s song “One Night” was used in a viral comedy video that got more than a million views. This song in a way introduced his debut extended play “Summer Songs”. Whether it was all a genius promotional plan or a coincidence, a YouTube comedian pushed Yachty forward.

Months later he went down the runway as a model for Kanye West’s fashion line.

A year later, after several successful collaborations, Yachty came out with a debut mixtape in March 2016. The same month he published an official video for the song that got him famous. The official video was also made to be viral, with a lot of memes and gags, which were made practically as a series of gifs. Boats appeared in several scenes, which was interesting because the mixtape was called “Lil Boat”.

The official video for the song “One Night” also went viral as did the comedy video that introduced it. Up until the September of 2017, the song got more than 10 million views on YouTube.

Yachty collaborated with many famous colleagues in 2016. He appeared as guest artist in songs of D.R.A.M, Chance the Rapper, Tee Grizzley, and Kyle. One of those, D.R.A.M.’s hit „Broccoli“, got as high as number five on the charts and was nominated for Best Rap Collaboration at the 2016 Grammy Awards.

In February 2017 Yachty collaborated with Carly Rae Jepsen on a remake of the 1988 hit song “It Takes Two”, originally made by Rob Base in collaboration with DJ EZ Rock. The remake was sponsored by retailer Target as part of their television advertisement for live Grammys broadcast.

Lil Yachty keeps his private life behind closed doors all the time. He is very secretive about that special girl in his life so one can find no information about any of his previous or current love interests. Whenever asked his relationship status Yachty always avoids a direct answers and points out that he is focusing hard on his career at the moment.

Yachty’s father Shannon McCollum is a photographer and he closely follows his son’s career, getting involved and helping him out from the beginning. Lil Boat has a younger sister who is also a very talented singer and works closely with her brother.

Lil is very close with his mom, often showering her with small or big gifts. He bought her a car and recently even a house.

Lil Yachty has an estimated net worth of $3.5 million in 2017. He has a massive social networks following, has worked as a model and appeared in a commercial. It was speculated he earned even more in 2016.

When a discussion arose on socials whether or not Yachty was a mega-star, the CEO of Quality Control, Yachty’s label, silenced them all by putting forward a claim that the 21-year-old-rapper made $13 million in little under a year and a half.

Social networks played a huge role in getting Lil Yachty to the top. He started gathering contacts before anyone ever knew who he was and now Lil Boat’s YouTube channel has almost 140 million views. His Instagram is followed by four million and Twitter by 2.2 million people.

The young rapper starred in a Sprite commercial in late 2016. Yachty was shown behind a piano sounded from floor to ceiling by ice, playing a short melody inspired by Sprite. The main star of the commercial was NBA player LeBron James, and Yachty appeared for just five seconds.

Yachty completely branded his style with the theme of boats and sailing, from the names of his mixtapes, songs and even his stage name right up to his clothing and hairstyle. He wears his hair dyed in bright red and braids ending of each braid with red beads.

He always wears clothes inspired with nautical elements and often calls himself Lil Boat. That might be the reason why he was chosen to promote the UrbanOutfitter and the Nautica clothing collection.

Even his friends and closest coworkers Yachty calls his “Sailing Team”. It consists of producers and rappers Burberry Perry and K$upreme who participate in the making of all Yachty’s songs.

Yachty’s favorite food is pizza with pepperoni. He also has a sweet tooth for Girl Scout cookies, particularly the Thin Mints type.

Lil does not drink or smoke.

Lil Yachty is considered to have started a new era in rap, an era of lyrics stripped of gang violence and instead filled with good times, friends and wackiness. His songs have sampled sounds from games and cartoons like Mario Bros., GameCube, Charlie Brown, and Rugrats. He also used scenes from Pixar films and Super Nintendo.

Yachty once came into collision with the law. It happened in September 2015, when he was arrested in Florida with another man after trying to use a fake credit card in a mall. Yachty got out after paying more than $10 thousand of bail bond.

Lil Yachty or Lil Boat is a young and aspiring Atlanta rapper who is changing rap by shifting focus from gang violence to positivity and fun.

He got famous in 2015 after his songs “One Night” was used in a viral video.

Lil worked for the success by using social media and right connections to promote his music. Once he got spotted, the quality, originality, and catchiness of his music was awarded by numerous following, almost 140 million views on YouTube and a Grammy nomination for best collaboration.

In 2017 Lil Yachty earned a net worth of $3.5 million. The 21-year-old rapper currently avoids romantic involvements focusing hard on his career. He also avoids controversies, alcohol, drugs, and does not smoke. A true rule changing new age rapper!