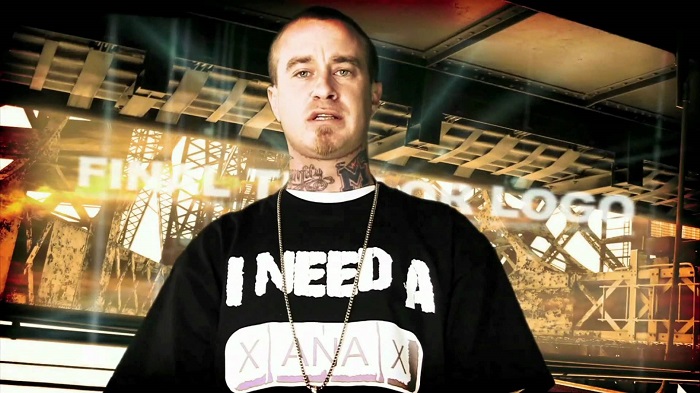 Lil Wyte is an American rapper from Tennessee who is a member of a rap group called “Hypnotize Minds”.

He succeeded in making a solo career.

He was born as Patrick Lanshaw on October 6, 1982 in Memphis in Tennessee. At a very younh age he discovered that he is talented in rapping and beats so he participated in every freestyle battle that occured in his school or town.

He had a good friend called Lil Black with whom he often rapped so he took a similar name to his: Lil Wyte. The two of them freestyled together all over town and his neighbourhood.

He joined a hip hop group “Shelby Forest Click” based on all-white rappers. They made a few demotapes and they were spotted by another rap group called “Three 6 Mafia”. This was a rap group from Memphis.

The group signed a contract with Lil Wyte and later helped him to produce his first album. He released it in 2003 under the name “Doubt Me Now” and the album became very popular in a short period of time.

The album had guest appearances of many artists such as Juvelle, Three 6 Mafia, La Chat and more. After that he signed to Asylum Records which resulted in the release of a new album “Phinally Phamous”.

He started touring and promoting all over the country and in 2007 he released his third album “The One and Only”. It featured Juicy J, Project Pat and many more.

In 2009 he released “The Bad Influence” which was his fourth album.

Three years in a row he was called to perform on “Gathering of the Juggalos” which was an anual rap festival. The invitation for the festivals ment that his fan base got a lot bigger and that he became popular out of his music group, as a solo artist.

His fifth album “Still Doubted?” was made in a collaboration with I-20, Big K.R.I.T. and Tech N9ne.

In 2014 he released “No Sick Days” , his second solo album. The album received good critics.

He got married to his wife Nicole in 2015, and they have a daughter called Cali. The family lives in Memphis.

He created his own individual sort of cannabis, a strain made out of three mixtures and which can be bought in 10 states under the name OG WYTE.

He was arrested in 2012 for driving under influence and the posession of drugs. Since he refused a breathalyzer the police was forced to arrest him.

He is very known for a lot of tattoos on his neck and arms. He also tattooed his daughters’ name on his arm.

Lil Wyte has his own online web store called “Wyte store” where buyers can get his albums, T-shirts and streetwear both for men and women.

Lil’ Wyte is an American rapper who started his career as a part of an all-white rap group but he ultimately started his own career. He is prone to using marijuana and drinking but he never made a serious criminal act.