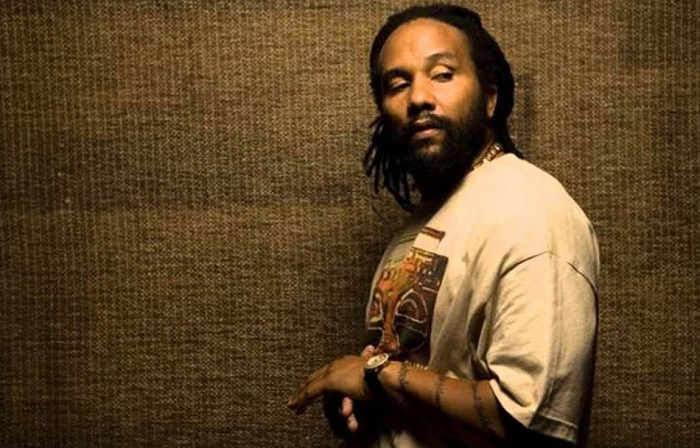 Ky-Mani Marley is the son of a famous reggae artist Bob Marley and is a skilled musician and a singer just like his father.

Other than music Ky-Mani found his other huge love in acting so he starred in several Jamaican movies, often in lead roles.

He was born as Ky-Mani Marley on February 26, 1976, in the capital of Trelawny parish called Falmouth, located in the country of Jamaica.

The town lays on the north coast of Montego Bay and is still very popular for his look at the Georgian town.

Although his father was a legendary Bob Marley, Ky-Mani (whose name is translated to Adventurous Traveler) didn’t grow up in such good conditions like most of his siblings did.

He grew up in a poor environment, in a house with no bathroom. His mum is Anita Belnavis, a female table tennis champ who had a short romance with Bob Marley.

When his mother realized that there is no future for her and her son in Jamaica, she decided to relocate to the US, to the city of Miami.

She was hoping that she could start living her American dream there but the family ended up living in a ghetto, struggling to provide necessary stuff like food.

The ghetto was known for its drug-related crimes and Ky-Mani learned all about violence from his early teen years.

He started selling drugs to provide for the family while he was still in school because he was never accepted by his other family and couldn’t get any heritage from his father.

It was because he was born to Bob Marley as an illegitimate son, outside of marriage with Rita. That is why he couldn’t get a part of the Marley estate.

While he was a teenager he was mainly focused on sports since his mother was a table tennis champion but afterward he discovered that he also has music talent and his mother encouraged him in his dreams of becoming a musician.

He started playing the guitar and his mother began playing music lessons for him. When he was in high school he played the trumpet as a member of the school’s band.

He juggled football and soccer together with music but the music was too important for him. He also tried himself as a DJ.

They all have Bob Marley as a father but their mothers were different.

In 1995 Ky-Mani signed to Shang Records label who recognized his talent. This record label liked his vibe and decided to invest their time and money.

He released his debut album in the summer of 1996 and it was named Like Father Like Son. It was completely produced by David Lee.

On this album, he even made some cover versions of his father’s songs. It was recorded in the UK and contained 22 singles.

The album gained positive reviews and in 1997 he joined Eddy Grant on his hit “Electric Avenue”.

When the Midem trade show came to Miami for the first time he was one of the performers there.

After his reputation grew a lot of record houses got interested in signing him to their label.

Ultimately, he decided to sign with Gee Street & V2 Records.

He became good friends with the group P.M.Dawn and collaborated with them on a song named “Gotta Be Mobin’ On Up”.

In 2000, after three years of hiatus, he released his 2nd studio album named “The Journey”. It was co-produced by Ky-Mani himself.

This album received very nice critics, especially since he had a lot of his own songs on this album.

His song “Dear Dad” was one of the most listened songs from the album because its lyrics were taken from Ky-mani’s letter which he had written as a child when his father Bob Marley died.

His new album, the 3rd studio album, was named Many More Roads and it was released in 2001. This album was extremely popular and praised by the fans.

It was released in 2001 by Artists Only record label and was nominated for the Grammy Award in the category of the Best Reggae Album.

The winner of this category was his brother Damian.

This album was followed by a very successful tour.

2004 brought his new studio album called “Milestone”. It was released by Big Cat record label “Radio” was his fifth studio album which came out in 2007 and it went straight up to the top of Billboard Reggae Chart. The album was made under a strong influence of hip hop.

It was produced by several producers and his brother Stephen Marley was one of them. It was released by Vox Music Group.

His album in 2015 was named Maestro and it was released through Konfrontation Muzik.

His album from 2016 was released by Kingstone Record and was named Conversations. It was made in collaboration with a German-born musician gentleman.

As for his guest appearances he made many of them with a lot of known artists. For example, he appeared on Shaggy’s single “Thank You Lord” from 1997.

He also worked with Young Buck, Protoje, XXXTentacion and the latest one was with Papayo and Pitbull on the single “Yayo”.

He also had several movie roles. His first one was in a Jamaican crime movie called Shottas. He starred in it alongside Paul Campbell, Spragga Benz, and Loui Rankin.

The movie was directed by Cess Silvera. Music for the movie was made by his brother Stephen Marley and was distributed by Triumph Films.

In 2003 he had a lead role in a romantic drama movie called One Love. Catherine Anderson holds the lead female role. It debuted at Toronto Film Festival on September 2003.

In 2004 he was hired for a role in a movie named “Haven”. The film was premiered at the Toronto Film Festival and was both written and produced by Frank E. Flowers.

He appeared in the role of Mr. Cassanove, a jungle owner in an American drama movie directed by the popular Nick Cannon.

The movie is named “King of the Dancehall”, and Nick Cannon and Whoopi Goldberg have the lead roles in it.

He has a son named KJ Marley with whom he is very close. He takes him touring with him and he was even on the stage with him.

Ky-Mani never revealed the name of his ex-girlfriend and his son’s mother but he takes good care of both of them.

He grew up without his father and it was very hard for him so he doesn’t want his son to experience the same shame and grief.

Although a lot of people think that they are in some kind of fight, especially after he released his book, they are all communicating with each other, some less, some more.

As for his looks, he is loyal to the Rastafarian look which includes dreadlocks and a beard.

As for his personal life, it was always complicated.

Bob Marley has 10 children and five of them are born illegitimately.

Since his father Bob Marley died from cancer in 1981 and was only 36 years old at that time, most of his children didn’t know him.

Bob had a wife Rita with whom he had three children and adopted two more but Rita never admitted them and when Bob died she completely ignored all of his illegitimate children.

Ky-Mani released his autobiographic book in 2010 titled “Dear Dad” and he also has a song with the same name.

He speaks about his struggling in childhood when his mother smuggled marijuana across the states and Ky-Mani and his uncle sold it to have money for everyday life.

It was hard for him to see how his brothers spend a lot of money on clothes and cars and led a lavish lifestyle while he struggled to have the basic stuff.

He stated in the book that he received a certain sum of money from his father’s family when he turned 18 but he was dissatisfied with the amount.

The book brought controversy on Rita, Bob Marley’s wife, who tried to deny financial support to all of Marley’s illegitimate children.

He is involved in a lot of youth programs in Jamaica in which he learns kids about computers and other hobbies that can keep them away from crime.

He has created his own foundation called Love Over All, a non-profit organization focused on helping the community, especially children.

His organization started its collaboration with another organization Children For Change and is focused on building a community center in his hometown Falmouth.

His estimated net worth is $6 million and a part of it was earned through his bestselling book.