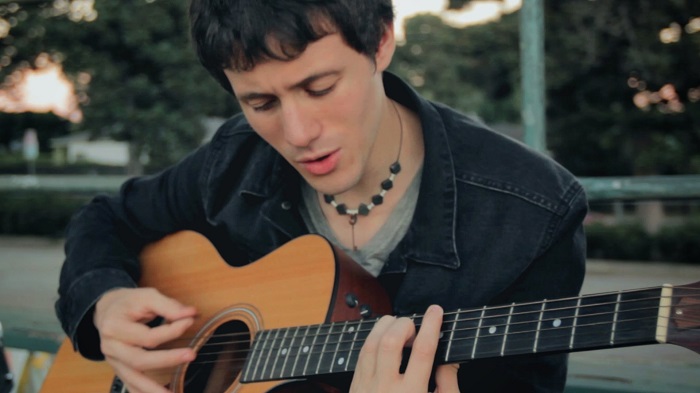 Kurt Hugo Schneider is a popular filmmaker, producer, singer, and songwriter. He is famously known across all the social media platforms, especially on YouTube where he covers songs and does collaborations with other YouTube singers and posts covers of popular songs.

Apart from the same, Kurt is also a very popular producer who has produced music videos for the popular YouTuber Sam Tsui and even for the famous EDM artist Avicii.

Kurt Hugo Schneider was born on September 07, 1988 in Baltimore, Maryland to Michael Schneider and his wife Laurie S. Auth. His father was mathematician while his mother worked as a visual artist. He grew up and spent the entirety of his childhood in Philadelphia. His famous and most popular collaborator,

Sam Tsui was the one who lived just a block down from his childhood home. Both of them met during the early years of their childhood and attended the same middle school. Kurt finished his high school and graduated from Wissahickon High School. He even was the valedictorian on his graduation day.

Kurt has an older sister who is a professional pianist. Following his father’s footsteps, Kurt later graduated from the Yale University with a degree in Mathematics in the year 2010. He was part of the Phi Beta Kappa fraternity there and was even part of the chess club in the University.

Kurt started his career with working on collaborations with Sam Tsui during their high school days. The duo kept doing their covers and put their own twists to several of the popular songs which led Kurt to combine these videos and later posted them online. He even made the online musical series titled College Musical and had even produced a number of original compositions of his own.

The music video and cover that gained the maximum attention was their medley of Michael Jackson songs. The video is the ninth most watched video on Kurt’s YouTube channel which itself has over 9M subscribers. The medley went viral because of the songs as well as the visuals that Kurt created himself.

Kurt kept on making the videos and featured Sam Tsui is a maximum of them. Their gradual fame was what helped them appear on the national television on the Oprah Winfrey Show and The Ellen DeGeneres Show as well. It was the video cover of Hold It against Me featuring Sam was what led them to feature on the official Britney Spears website.

The duo continued with their collaborations but eventually branched out to explore more. It was on September 03, 2013 that the College Musical: The Movie was released. Apart from working with Sam, Kurt has also worked with several other famous artists including Christina Grimmie.

He is primarily popular for his medleys and his skills when it comes to musical instruments and visual editing.  Kurt also collaborated with Coca-Cola in 2013 to create music videos for them.

Apart from a quick insight into his early life, Kurt is a very private person and doesn’t have any kind of prior news or covers about his dating life. As of knowledge, Kurt is possibly single and is not dating anyone at the moment.

Net worth and Salary:

Kurt Hugo Schneider has an estimated net worth of $5.2 million. Although the correct figure is unknown, he earns a six-digit salary from YouTube.

Kurt Hugo Schneider is a popular filmmaker, producer, singer and songwriter mainly famous on all major social media sites precisely on YouTube. Kurt is also a very popular producer who has produced music videos for the popular YouTuber Sam Tsui and even for the famous EDM artist Avicii.

Kurt kept on making the videos and featured Sam Tsui is a maximum of them. The duo continued with their collaborations but eventually branched out to explore more. It was on September 03, 2013 that the College Musical: The Movie was released.