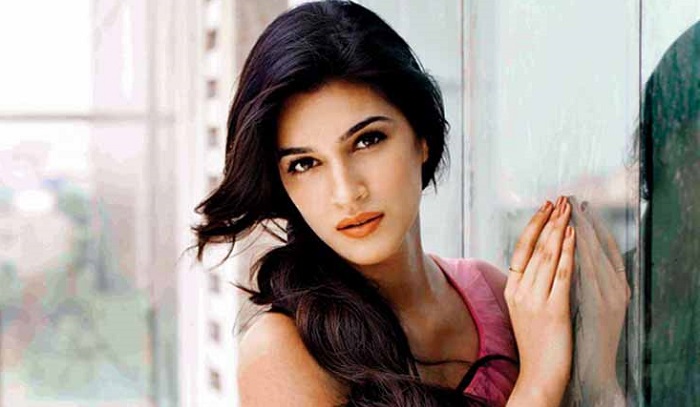 Kriti Sanon is a beautiful and talented Indian actress who mostly played roles in Hindi movies but has proved to be a successful businesswoman too.

Her most successful movies are comedy genre or romance although she had tried herself in period drama movies too.

Kriti also works as a model and as a huge fan of fashion she has released her own clothing line. This move showed her business talent and increased her financial net worth.

One of her excellent talents is Kathak dancing and she is one of the best in the field.

She has also trained herself in Bollywood dancing, which she learned mostly by watching her favorite actress Madhuri Dixit.

She was born as Kriti Sanon on July 27, 1990, in the city of New Delhi in India. New Delhi is the capital city of India and is very crowded.

Her parents come from Punjabi family and are well educated: her father’s name is Rahul Sanon and her mum’s name is Geeta. They were always suggesting their daughters get a higher education.

Kriti grew up alongside her younger sister  Nupur whom she loves very much but they often argue since they are both stubborn.

She was an excellent student at the Delhi Public School, and after gaining a high school diploma she enrolled the Jaypee University.

Her parents were her biggest support and motivated her to continue her education. They were always worried that she would pursue a career in entertainment and ignore education.

They were extremely proud when she received her degree in Electronics and Telecommunication Engineering, especially because the degree came from a very respectable Jaypee Institute of Information Technology located in Noida.

During her time in college, she was a part of the college dance troupe and was one of the most skilled ones.

Her favorite songs for dancing were performed by Madhuri Dixit,  like for example Ankhiyan Milaun Kabhi Ankhiyan Churan.

From her early age to her youth she was troubled with stage fright and was very shy. In one interview she explained how she was the only child who took a parent with him while going on birthday parties.

Her career outside technology started as modeling career. She was a student in college when she came across a website contest for modeling and she decided to join it.

She almost changed her mind and did not send her photos but her sister Nupur did it and sent her photos to the contest.

She became the winner of the web content and the prize was a free portfolio made by a very known Indian photographer named Dabboo Ratnani.

She has won a working contract with a modeling agency for a period of twelve months and it was a turning point of her career.

She started working for many designers, some of them being very popular, like Ritu Beri and Suneet Varma.

Her parents supported her, especially her mother who grew up in a conservative environment and wanted for her daughter to build a career in the area she pleases and not others.

She is very beautiful and has received a lot of offers, but she was also a great student and could have found work in the informatics niche. Eventually, she decided to pursue her career in modeling and acting.

In 2014, she has appeared in a Telugu movie named Nenokkadine with the role of Sameera. She starred in it opposite Mahesh Babu. This psychological thriller gained mixed reviews but she received good critics for her performance.

In a Bollywood movie called “Heropanti”, she starred alongside Tiger Shroff. The movie gained mixed reviews but the public loved it and it was a huge commercial success.

Kriti won numerous awards for her performance, from Filmfare Award for Best Female Debut to Arab Indo Bollywood Award for Most Promising Debut.

She won the Filmfare Award for Best Female Debut which was a huge success for an actress who is so short on the movie scene.

Her next appearance was in a crime movie called “Dohchay” with Naga Chaitanya, directed by Sudheer Varma’s Dohchay.

She was also very proud to star in an action-comedy movie called Dilwale. The other actors in the movie were Shah Rukh Khan and Kajol.

Although the critics weren’t too satisfied with the movie the public was thrilled about it and the movie became one of the most popular Indian movies ever, earning over $50 million.

In 2017, she appeared in s movie named “Raabta”, which was a debut movie of Dinesh Vijan. The movie was not a commercial success but it showed that she can play character roles.

She played the role of a princess warrior and she had to train Martial Arts and much more in order to learn horse riding, fighting and all the things done so far in the past.

Her other movie in 2017 was a romantic comedy movie called Sanon. This movie was more of a success and it earned $3 million which was three times more than the film’s original budget.

In 2019, Sanon found herself again in a romantic comedy movie called “Luka Chuppi” which was also very liked by the viewers and managed to gain a financial success at the box-office.

The other two comedies she did that year were two comedies titled Arjun Patiala and Housefull, which turned average at the box-office. This made her feel scared about her future in acting but it seems that there was no reason for that.

But the last movie she did that year was a drama named “Panipat” which ended to be one of the biggest hits of the year.

The success of her movies enabled her to enter the Forbes India’s Celebrity list of 100 richest celebrities with her estimated yearly income in the amount of $1,2 million.

Her income grew bigger not only through her acting work but also through her endorsement projects in which she advertised products like Parachute, American Swan and Samsung.

In 2014, Tissot launched her own line of watches and two years later she had her own clothing line launched into stores all over India.

She did it in collaboration with a fashion company named Universal Sportsbiz and the name of the company is Ms. Taken.

In 2017, she was honored to perform as a guest at the opening ceremony of the Indian Premier League.

The same year she appeared in several music videos which brought her wide attention.

She has been on the covers of many known fashion and beauty magazines like Vogue, FHM, Hello!, Cosmopolitan and more.

She is considered to be one of the most beautiful women in India. She appeared at the FDCI India Couture Week in 2019 to walk the ramp wearing clothes of two designers Shyamal and Bhumika. The event took place at Taj Palace.

Her favorite brands of cars are Audi and BMW and she owns both. She likes the way they look and especially likes their safety.

Her favorite actors are Shah Rukh Khan,  Salman Khan and Madhuri Dixit. She has a deep respect for Deepika Padukone who is also an outsider from the world of movies just like her. They both came from families who didn’t have any prior connections with movies and acting.

But her biggest role model is her mother Geeta who holds a Ph.D. in physics and is the first member of her family to get a Ph.D. She struggled to get there but it resulted in her being a regular professor at Delhi University.

Her mother was the one who supported her in her modeling career the most and signed a contract with the Elite modeling agency. Her father was much more reserved about it but he eventually also agreed with her choice.

Her mother and father never came on the sets of her movies because they did not want her to get nervous or to get self-conscious.

When asked about her favorite movie she instantly said it was Hum Aapke Hain Koun..! made in 1994.

She is a huge fan of ear cuffs and she has a lot of them. They are her favorite accessory.

When she has some free time she loves to travel to Dubai. She is mesmerized by this city and the lifestyle there.

She had just a few romantic relationships in her life, the longest being two years. Kriti is upset with the fact that it is hard to find a person who she can trust and have chemistry at the same time.

She was rumored to be dating Sushant Singh Rajput, a fellow actor but they never confirmed their relationship. They have spent a lot of time together and posted photos over social media.

Kriti is not afraid of sharing her personal information so she discovered in an interview that she physically fought with her sister on several occasions, the recent one being slapping each other.

She can not drink much alcohol because she doesn’t stand it so she is often the sober one at parties.

Kriti has also been involved in several controversies during her career but they are not very serious.

Her latest controversy was when she posed with captured Cheetahs from the Zambia National Park where she is on holiday. She was attacked through social media for promoting the captivity of animals.

She was rumored to wildly dance with her alleged boyfriend Sushant Singh Rajput at Manish Malhotra’s birthday party.

Her sister Nupur Sanon also became an actress and has over one million followers on her Instagram account.

Kriti Sanon has over 27 million followers on her Instagram where she often posts photos.