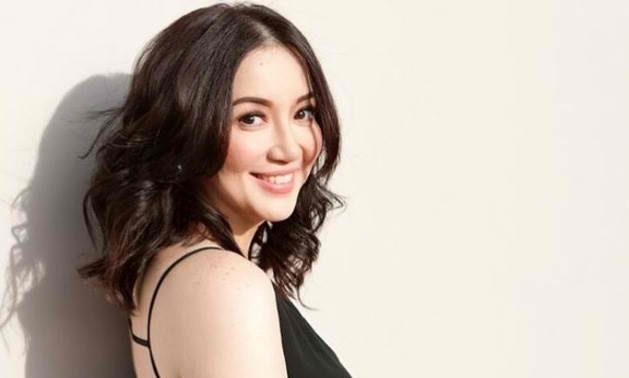 Kris Aquino is a TV host, an actress, a skilled film producer and a successful businesswoman from the Phillippines.

She is her country’s “Queen of all Media” because she has hosted a lot of TV shows (talk shows and various game shows and with a lot of success too!) and has been in a lot of TV series and movies and is currently one of the most popular Philippines personalities on the social media.

She is the youngest daughter of Benigno Aquino Jr., a senator and Corazon Aquino that once served as a president of the Philippines. She has a brother, Benigno Aquino who was also on that position.

She made her first appearance as an actress in a movie titled “Pido Dida: Sabay Tayo”. She also came to fame for her roles in horror movies like “Sukob” and “Feng Shui”.

She is also one of the celebrities that endorse a lot of products but she is also a big philanthropist.

She spreads awareness about lupus, rights for children, culture appreciation, art appreciation, democratic reforms, the LGBT community, and all other important issues in her beloved country.

She was born on February 4th in 1971 in the city of Quezon, the most populated city in the Philippines, by the full name of Kristina Bernadette Cojuangco Aquino.

Her parents are Corazon and Benigno. She has 4 siblings, and all of them are older than her so as the youngest child she was spoilt a little.

She also has a cousin Mikee Cojuangco, who is an actress and with whom she also gets along great.

Kris has ancestors from China, Spain and some that were Kapampangan people so she is of mixed descent.

When Aquino was little, her father ended up in jail, and her mother raised her and all of the siblings alone.

It was a stressful time for her mother and family but all the children grew up strong and hardworking so her mother did a great job.

In 1978 during the elections in which her father was candidating Kris was being a stand-in for her father at this campaign. She was seven years old at that time but was not aware of the situation in which she was found. Because of this, she got on the front page of Tie Magazine and The New York Times.

Kris spent her childhood in the United States where she went to an elementary school. She had to be there because her family was in exile. It was hard for her because she knew that she was in a foreign country and that people talk about her family issues a lot.

When Kris was 12, her father was assassinated at the Manila International Airport. After that, she went to several rallies in the Philippines to protest Marcos’s rule.

In 1986 there was a Philippine Revolution in which Marcos was removed from the position of a president. After that Aquino started her career as an actress and was featured on a lot of television dramas and comedies.

She debuted with “Pido Dida” which she did with a famous actor and comedian Rene Requests. This movie was a huge hit and brought attention to her.

After that, her career was going in a pretty good direction. She got nominated for an award for her great role in “The Fatima Buen Story”.

After that, she was in “The Vizconde massacre” which was bade on a true story. This movie did really well in the box office. At the same time, she was in a lot of crime movies which resulted in her getting called “Massacre Queen” by the critics.

Kris finished her elementary education in Poveda Learning located in Quezon City.  She then went to the Colegio San Agustin-Makati. While she was there, she was very close with Karen Davila and Pinky Webb.

In 1992 Aquino graduated from the Ateneo de Manila University. She got a Bachelor of Arts in English Literature and was proud of her achievement and success.

She then decided to make a career in television so she launched her talk show “Kris”. It was aired on Channel 4 and was highly anticipated by the public.

She also co-hosted “Startalk”, also a talk show. She did it with two other successful TV host Lolit Solis and Boy Abunda. She got the most attention on this show for her hosting skills.

After that, she got a contract with ABS-CBN and she made her own morning show called “Today with Kris Aquino”.

She also did a talk show “The Buzz” with Boy Abunda and a game show called “KNB?”.

In 2002 she started hosting a talk show called “Morning Girls with Kris and Korina” and it was with Korina Sanchez. She is a broadcast journalist. This went on for two years.

In 2007 she left the Buzz and did “Pilipinas, Game Ka Na Ba?”. Unfortunately, she had to stop hosting it because she had her second son. Edu Manzano replaced her.

Kris was also hosting the Filipino version of “Deal or No Deal”. Because of that she also appeared on the version in the states when they had the “around the world” event hosted by Howie Mandel. That was in 2008.

She also replaced the show “Homeboy” with “Boy & Kris” that she did with Boy Abunda. She also did “Be Bench”, a show where she searches for models with Piolo Pascual.

She also hosted “The Wheel of Fortune” which was quite popular at that time. In 2014 she returned to “The Buzz” which she liked to host very much.

As for her career in film, it all started when she signed “Regal Films” and did “Pido Day: Sabay Tayo”. She did more than just one film for this series. She did all of them with Rene Requests, an actor and a comedian.

After that, she was in more serious movies like Vizconde Massacre, Elsa Castillo-Ang Katotohanan and many more.

The first time she was praised for her acting was in “The Fatima Buen Story”. After that, she got more challenging roles like the movie “Mano Po” she did in 2002. She won an award for the best-supporting actress for this.

The movie was praised by the critics and the actors were also praised for their roles, especially Eric who earned an award as the best actor.

One of her most successful movies is “Feng Shui”. It was produced by Star Cinema and was very much influenced by the Chinese culture. This movie was the highest-grossing movie in the Philippines in 2001. The only movie that made more in the Philippines that year was Spider-Man 2.

In 2006 she did “Sukob” which is a horror-thriller and it is the hugest Filipino movie to this date. It was bigger than Anak and even Ang Tanging Ina.

In 2012 her movie “Sisterakas” entered the Metro Manila Film Festival. She did this movie with Ai-Ai Delas Alas and Vice Ganda.

In the summer of 2018, she got a role in Crazy Rich Asians. She played Princess Intan.

Kris was in a relationship with Phillip Salvador and they have a son named Joshua together.

In 2003 she received a lot of media attention for her relationship with Joey Marquez and because she exposed him after they broke up. She stated that she got an STD from him.

In July of 2005, she married Jamey Yap, a professional basketball player and a year after she stated that she is pregnant.

Unfortunately, in 2006 there was a big controversy because Yap was unfaithful to her. In 2007 she was blessed with her baby boy James Carlos.

In 2010 Kris stated how she and Yap are separated because of personal reasons and how she is seeking divorce. In 2012 they divorced legally.

In 2018 there was another scandal that included Kris. She allegedly made death threats to her former manager Nicko Falcis. It was at a time that Nicko was leaving their partnership.

She was angry because she filed a lot of cases against Nicko and most of them got dismissed. Because of this problem she had with her manager she doesn’t have one right now.

Kris has several businesses. She and Robert Antonio own Sencillo (a Mexican restaurant) and also Lena Restaurant. She also owns a flower shop with Boy Abunda.

With him and other celebrities like Agnes Maranan and Nonon del Carmen, she made a boutique too. It is named MAD. They have a same-named agency.

Aquino is also a co-owner of “Sierra Madre Water”.

She also has a lot of fast food businesses like “Chowking” and “Jollibee”. She also owns a company “Nacho Bimby”.

Kris is an executive producer of a magazine titled “K! The Kris Aquino Magazine”. It is being released monthly.

In 2009 she had a home collection called “K Everyday”. She did it with ABS-CBN and the collection has things like stationery, kitchen utensils and similar in it.

In 2013 she made “Kris Aquino Productions” or shorter “K Productions”. It is a film and TV production company. Star Cinema manages this company and they made some huge films together.

She also produced the movie “My Little Blessings” in 2013 where her son made a debut.

She also co-produced some movies for Star Cinema in the past. Some of them are “Sisterakas”. “Draw” and “Segunda Mano”.

In 2015 she started vlogging her life. She especially likes to do travel vlogs and loves to cook on camera.

She also has a Youtube channel with 600 k followers.