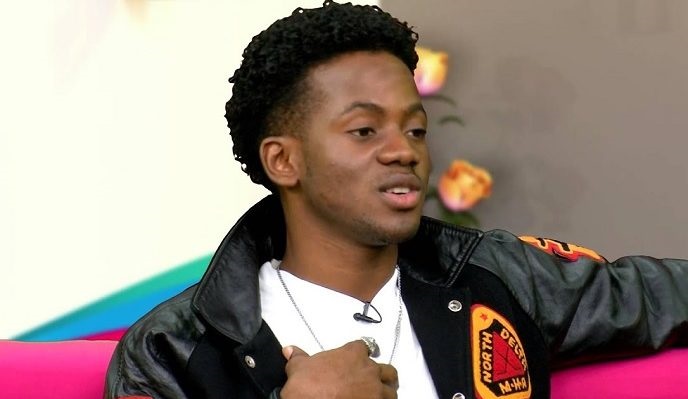 Korede Bello is a very interesting young singer and songwriter who comes from Nigeria and who rose to fame with his hit song named “Godwin” which was released in 2015.

The single was very well received both by the public and the critics due to the positive message it sends.

He became a celebrity in a short period and garnered a net worth of over half a million dollars.

His net worth has significantly grown after he garnered a high valued endorsement deal.

He was born as Korede Bello on February 29, 1996, in the Lagos State located in Nigeria. His name Korede is translated from English and it means “harvest”.

In his early childhood, he was already showing his interest in music and dancing and any other kind of public performing.

He was so into music that he had learned to play the guitar by himself because he was fascinated by its sound and possibilities.

He started being interested in music after he started listening to the music his parents listened to. His mother loved foreign music and dad liked to listen to original African music.

He was always very supported by his family regarding his music career and both of his parents tried to help him in any way they could.

Korede was also very good at performing on stage since he didn’t have any stage fright at all. He was only 8 years old when he first went out on a stage and he did this job marvelously.

He always represented his school in dancing and singing contests so he soon became the star of the school.

By the time he entered high school he had already been in many talent shows and performed in various events because he was a great singer and people liked to watch him perform.

He grew up in a warm and gentle family with his older brother being his hero and role model. He also has a sister who is the youngest child in the family and wants to become a musician too.

All of the siblings are closely connected and they can rely on each other at any time.

He is very close to his brother whose name is Timilehin Bello. He is working as a PR executive and Korede calls him Big Timi.

He started writing songs when he was a young teen and by the time he came to high school he had already been in a real music studio where he recorded several of his songs.

Korede decided to ask his good friend to join him into a group and they started collaborating and performing on various events. They both had dreams of becoming a star in Nigeria. The first song this duo recorded was named “Forever” and it didn’t take them long to record it.

After finishing his school Korede enrolled in the Nigerian Institute of Journalism because he was aware of how important education was.

He also granted his parent’s wish by finishing college because his mother always feared that he would give up on it because of music.

He gained his diploma and even became a member of the Institute of Management and he was just as proud as his parents were.

He also works as a radio host and he finds it very interesting.

He was discovered by Marvin Records who offered him a fair contract as a new musician and allowed him to work in a better music studio and under better conditions.

This was a huge thing for Korede because he learned that someone liked his work enough to help him release music officially.

He has released his single named “African Princess” which soon showed as a good decision since it became a huge hit in all Africa.

His next single named “Dorobucci” was made by Marvin Records and it became even more known through all the continent.

“Cold Outside” came out later and confirmed his positioning of a young promising artist in Nigeria.

His fans call themselves “Bellovers” and there are thousands of them, especially amongst teenagers.

He is often referred to as African Justin Bieber and his fans are called Bellowers which is very similar to Justin Bieber’s Beliebers.

What makes Korede even more different from another young artist in Africa is that he is a huge philanthropist. He helps many organizations financially but he is also involved in many awareness campaigns, especially charity campaigns.

He is also very religious and often thank God for the good life he leads, especially with so many children living in bad conditions.

Korede is very active on all of his social media accounts which is great since his fans like the interaction and they stay loyal because of it.

His net worth is not too big still, around $500 000 but is growing fast since he is getting more and more popular in Nigeria.

As for the awards he received he won his first bigger award in 2014 when he was awarded by the Nigerian Teen Choice Awards in the category of the most promising artist.

Before that, he had won the Indigenous & Revelation Award. He was very happy that he won and it was a huge pleasure for him.

He also received a nomination for the best single of the year in 2014. A little after he received the best pop single award. He said that he was very happy that his hard work has finally paid off and he was getting much more fans now as well.

His collaboration with another star Tiwa Savage brought him an award for the best video. He said that this gave him huge followers boost and he gained a lot of attention.

He knows how to rap and he is a very good rapper and his favorite rap legend is 2Pac. He is everyone’s favorite singer and therefore he was very inspired.

He had found Ed Sheeran’s music to be very calming. He said that Ed is a great inspiration for his.

In 2015 he gained a great business opportunity and received an endorsement deal with GLO telecom company.

It was the same year he performed at the dinner connected to the presidential inauguration. He said that this was a wonderful experience and he had a lot of fun spending time with his friends.

In 2016, he has become a winner an important award titled City People Entertainment Award in the category of Pop Artist of the Year.

In 2018 he has released eight songs which is quite a high number. From “Together” to “Bless Me”, but none of these songs managed to become as big a hit as “Godwin”. Only his single “2geda” received more attention.

Korede took a break from chasing his music career and entered the study of journalism and managed to get his degree from the Nigerian Journalism Institute where he gained his HND, which stands for a Higher National Diploma.

Korede also excelled in Editorial writing during his time as a student.

He finished his studies in 2017 and he celebrated it with a great party because he proved himself that he is capable of everything he sets his mind on.

Korede started being interested in acting in the last few years and wants to enroll in a drama school.

In one interview he stated that he is considering some movie scripts he received and that he will decide if he would star in one of them. He wants to become an actor in Nollywood because he feels it would be a great experience.

As for his love life, there have been many rumors on who is he dating.

He was connected to DJ Cuppy who comes from a very wealthy family, but he was also linked to Tiwa Savage with whom he recorded a song “Romantic”.

In 2016 he had changed his looks and fashion style and has been dissed by a lot of his fans about it. He said that he felt as if it was the right thing to do and he was very comfortable with it.

He was also involved in a controversy connected to his hit single “Godwin”.

He was asked to perform it in a church and many people were against it since the song is not a complete gospel song and he is not a gospel singer but a pop singer.

The song was at the end performed in Gbagada Lagos at Harvesters International Christian Centre.

An interesting fact about Korede is the one that he can write with both his left and his right hand just as well.

He considers Ariana Grande the most beautiful singer today and says that he wouldn’t have any problem dating her.

He posted a photo of him and a beautiful girl called Azaria on his Instagram account so many people assumed that they are partners.