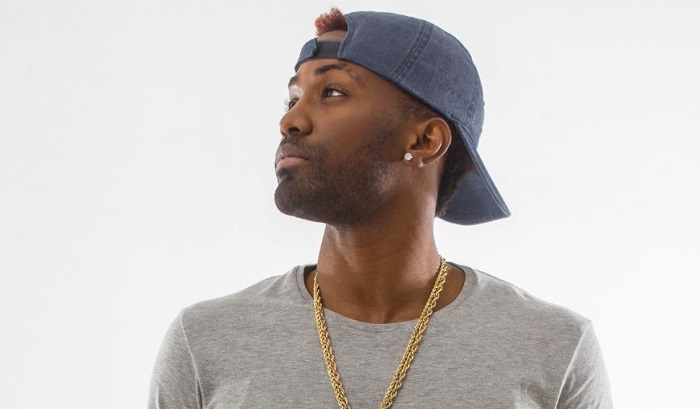 Konshens is a stage name of a very popular Jamaican musician and artist who became a star in the genre of dancehall, much similar to reggae.

Konshens became a very recognizable singer with thousands of fans who are known for being a very realistic person so most of his lyrics hold his true opinion or even have an autobiographical moment.

He was born as Garfield Spence on January 11, 1985, in the capital city of Jamaica known as Kingston. It is also the largest city on this beautiful Island in the Carribean. He says that it’s the most wonderful place in the whole world and that he would love to spend more time writing about it, but he is currently very busy with his career.

Not much is known about his childhood but he had shared some facts about his early life. The other information is very well kept and he doesn0t feels like it is necessary to share them.

He said that he always looked up to him and wanted to be as good as him, but he was also always afraid that something was going to happen to his father while he was away.

After some time spent in that part of the city the family relocated to Duhaney Park, in a part of it named Sherlock Crescent.

This move had very much influenced his childhood because in that period Sherlock Crescent and Brook Valley were in the middle of „war“.

The family suddenly became surrounded by violence. In his songs as an experienced artist he often mentions his childhood and teenage years and what things he learned from such surroundings.

He said that he felt a huge difference in his personality after feeling so threatened most of the time and that’s why he decided to work on his character.

It was shocking for him because he felt very safe while living in Up Park Camp but coming to Sherlock was a big difference.

He stated that it affected his life and his views of life and that he became more spiritual because of it.

Before starting his solo career he worked alongside his brother Delus with whom he was very close. For a long period of time the brothers were inseparable.

It was in 2005 that he and his brother started making music together. They became a duo named SoJah, which means Sons of Jah. He said that this was probably one of his favorite collaborations and works in the world of music.

They have released a debut song under the name „Medz Pon Di Corner“. This song surprised them with success because it became a huge hit in Japan, the last place they would think it would be embraced that good.

They soon engaged solely for that country. Their album which was completely recorded for the Japanese market was named Sons of Jah. The Japanese people are huge fans of reggae music and their albums were sold out very fast after the release.

They also had several concerts which had a great turnout. This brought them very good financial benefits. They enjoyed seeing the crowd dance and have fun and the whole experience was very enjoyable.

Brothers decided to take separate ways after this initial success and they both started their solo careers. They have stayed close and often worked together.

Delus, Konshens’ brother whose real name is Delmark Spence, had several known hits like „What Tomorrow May Bring“ and „She is Happy“. He was also very interested in producing.

Konshens has released his debut album named „Real Talk“ in 2010 but was released in Japan by his label at that time (Kobayashi). It was his next step after the success of his 2008 song titled „Winner“.

It was in 2010 that Konshens decided it is time that he launches his own record label. He named it Subkonshus. He worked with his brother a lot in that period.

His 2nd album which was curiously titled „Mental Maintenance“ was released in 2012. It was released by his label, in collaboration with VP Associated Label Group, a New York-based record label.

This is the first album released worldwide since the first one was distributed only in Japan, due to his Japanese label. „Mental Maintenance“ soon went high to No.1. in Japan where he has a lot of fans.

It also turned well on iTunes in Germany, Switzerland, and the Netherlands.

In 2014, Kasheus made a huge endorsement deal with Pepsi and became the brand ambassador in Jamaica. This as a huge thing for him and he was very happy that he was going to be able to provide for those who have helped hi min life.

A lot of artists have been featured on his album from 2012, such as Sizzla Kalonji, Tarrus Riley and Wrath Riley. He said that talking to these people and spending time with them was the best thing he has ever done because he got to learn a lot about life.

When asked about his religion he said that he was a Christian and that he is not very religious but is very spiritual. He doesn’t like to talk about this too much because he gets judged all of the time.

In 2011, after he returned from his European tour which lasted for two months he found out that his song will appear in a famous video game named Just Dance 3.

The song which made it to the game is „Jamaican Dance“ featuring Elephant Man.

In 2013 he started his collaboration with J. Capri, a popular dancehall female singer and made a huge hit with her.

Their song „Pull Up To Mi Bumper“ was best received in Europe and opened him the door to several new collaborators.

He made a song titled „Policeman“ in collaboration with Dutch EDM stars. He also remixed the song „Don’t Let Me Down“, performed by Chainsmokers.

In 2016, he has released his biggest hit ever titled „Bruk Off Yuh Back“. This great song ultimately collected tens of millions of views. He became so popular that a huge American star Chris Brown remixed it.

The remix of this song has been made through EMPIRE record and Subkonshus Music and it featured Rick Ross, Tarnus Tiley, and Shaggy.

It was produced by Rvssian, Di Genius, and Don Carlton. The whole album is named „It Feel Good“. The album has 16 songs.

In 2018 he also released a single „All The Days of My Life“ in which he mourns the death of his brother Delus.

Konhsens had a brother named Delus with whom he was very close. He was well aware that his brother had a problem with depression that eventually drew Delus into very serious thinking about committing suicide.

It seems that his brother Delus fought with depression longer and more intense but he wasn’t taken seriously enough.

In June 2016 his brother Delus shot himself in his bathroom after sending his girlfriend a video in which he stated that he will do it.

He committed suicide in his home and Konshens was traumatized by this event.

Three years after Konshens made a new tattoo on his back and it is the face of his brother. He often speaks about hi min his songs.

Konshens got married to Latoya Wright in 2017 but the marriage had ended in 2019, after just 2 years. Latoya used Instagram to share this information with her followers, stating that she is single now.

Kitchens and Latoya have a son named Liam.

Before their marriage in 2017 in Florida, they were together for six years.

In the summer of 2019 Koshens got criticized for his fashion and a loto f his fans trolled him over it.

Many of his fans think that he lost his sense of fashion but Koshens is not worried about it. He also pierced his nose so he was heavily trolled about it too.

Koshens also has a daughter and posts her photos on his Instagram account where he garnered over 1 million followers.