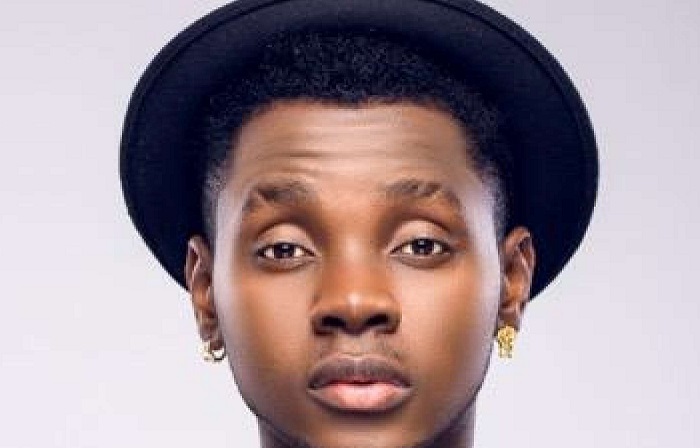 You may know Kiss Daniel as a producer or a songwriter, but he has also been doing some singing.

His real name is Oluwatobiloba Daniel Anidugbe, but no one really knows him by this name because most people can’t even pronounce it.

He is now actually Kizz Daniel after changing the „Kiss“ into the „Kizz“ in the month of May of the year 2018.

He said that he wanted something new and dynamic in his career and he decided to go for this.

His first big project was signing a deal with the famous G-Worldwide Entertainment and this was in the year 2013.

Their love didn’t last too long because of a lot of controversy and feud, so they canceled their deal pretty soon.

In 2017, he decided to create his own path in the industry and founded a record label on his own. He called it the Fly Boy Inc.yfyv.

This is the biggest reason why he is so popular now since some of his albums became popular on the iTunes list and gave him the opportunity to work with other artists.

Oluwatobiloba was born in Abeokuta, which is in Ogun, a place in Nigeria.

He went to a school called the Abeokuta Grammar School and he soon graduated. He always wanted to have a degree because he had to be sure that there was going to be a way for him to provide a good life for himself.

He finished the Federal University of Agriculture.

Daniel was very interested in engineering with water since this is a big problem in many places sins Africa, so he wanted to be a part f this solution. Because he always had a big love for music, along with his studying, he continued to write, produce and sing.

This was his outlet in stressful times and his biggest project at all times. He knew that he wanted to become an important person in the showbiz, but he didn’t know how he was going to be introduced to the masses.

In 2015, he released „Laye“, one of his most popular songs. The music video for this song was pretty popular because it was shot in many places in Africa.

He wanted AJE FILMS to really be creative with it and they soon got a pretty interesting video.

In May of 2016, he released New Era, which was the first album he had ever made professionally, in a studio. He worked very hard to bring this to life and said that he had many obstacles along the way, but he always believed in himself.

Around this time he had to leave G-WorldWide and he focused on his own brand called FLYBOY I.N.C. He immediately knew that some of the people he wanted to get along with and put in his company were Deemie Vee and another popular artist, Philkeyz.

He also worked with Demmie Vee on a song. They named it „You Go Wait?“ and it did pretty well, so it helped them make the new label house bigger.

In 2018, his second album came out and it was named No Bad Songz. He was very happy about this album being under his own record house and he featured many artists from Africa, which was something that he was very focused on.

Nasty C, DJ Xclusive, Diplo and Sarkodie were just some of the featured artists. Those that he had worked with before also had a say in the project and the album did pretty well since there were quite a lot of people focused on the artists.

It actually reached number 55 on the iTunes list for the United States of America, which was a big thing for this singer since it helped him expand his fanbase a lot!

The biggest achievement surely was the moment when it became number one on the Album chart. Daniel always gets emotional when he talks about this because he knows about the amount of struggle he went through in order to create what he had back then.

In 2017, he had a lot of controversy going on around him because he quit the current record label to start his own and there was a lawsuit that suggested that there had been criminal activity by Daniel at that time, which Daniel completely dismantled.

In 2018, he changed up the name. He became Kizz Daniel and he had quite a lot of trouble trying to replace all of the wrong names on his social media and the platforms he was using, but he said that he was very dedicated to making this happen.

Late 2018 he had a feud with the old record label again because they accused him that it was their idea to change his name and that he doesn’t have the right to do so without them.

Kizz Daniel says that they are just being bitter about him leaving and creating big success for himself without them.

Daniel has been nominated in many awards, including the Headies, Nigeria Entertainment Award, MTV Africa Music Award, and The Future Awards Africa.

He says that he has thought about relocating, but his heart will always be in Africa and he isn’t moving currently.

Daniel is a big lover of cars and he says that he would love to own even more and gift them to all of his friends as well, He says that it is very excited about each car that he gets because he knows that it was his hard work to get it.

He has a younger brother called Uthman Anidugbe who also gets a loto f gifts from his brother, but he chooses not to appear in social media and on TV because he wants to live a peaceful life.

His brother respects that and he never brings up anything personal on the TV, especially when it comes to the family since family is very important to people in Africa.

He also shared the pictures of the houses he bought. Many praise him for his success, while some hate him for making it feel like he is being arrogant about it.

He has a house in Lagos, another one in Lekki, and he keeps making more.

He is considered to be one of the youngest millionaire in his country.

He says that Afropop will forever be his favorite genre and the genre that he creates music in, although there is quite a loto f pressure to do pop music and R&B as well since those are the things that work well in the industry currently.

He is very active on social media, just like most young people, and he keeps communicating with his fans this way.

He always lets them know about the many updates that keep happening in his life and he posts sneak peeks and spoilers of his new music videos and songs. His fans then guess the name.

Daniel says that his mother and father have always been very supportive of who he was and the career he decided to go for.

Many young people don’t feel that way and they have to change their aspirations since in Africa it’s very important what your parents think about your work.

We don’t really know anything about his love life. He loves to go out and have a drink sometimes, but he doesn’t really date girls when it comes to being serious.

He says that he has too many other things to focus on right now, but that he would surely love to get settled when he grows a bit older since children are very important in his life.

He said that as soon as he got into the music industry, he noticed that quite a lot of people want him not to succeed and he got especially hurt when his own old record company started to act weird on him ad they started controversy.

Kizz was always a little bit lazy but later he realized how it is not the way to keep himself busy.

Music helped him overcome this with a lot of praxtice.