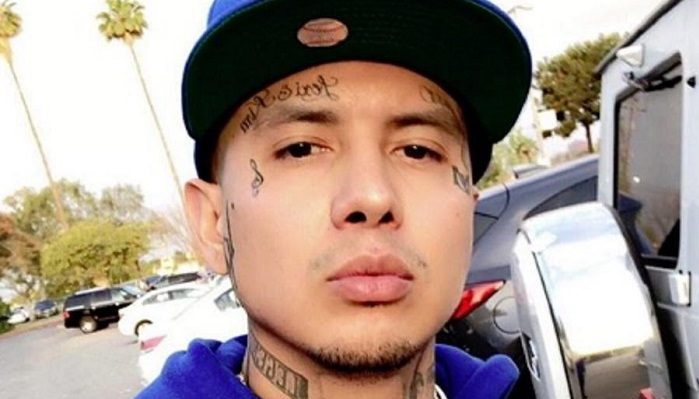 King Lil G is the stage name of Alex Gonzalez, an American hip hop artist who lives and works in Los Angeles and is of Mexican descent. He is one of the more notable people in the States when it comes to specific genres.

He came to fame through his music which includes several styles like a gangsta, Chicano and West Coast Hip Hop.

He came to limelight with his hit from 2014 called “Hopeless Boy” which made him known throughout the country.

He has released four albums until today and he continues to work on his music just as passionate as at the beginning of his career.

Alex was born as Alex Gonzalez on July 30, 1986, in the city of Inglewood located in the south-west of Los Angeles County, California, United States.

He had a very troublesome childhood caused by the lack of father figure in his life since he was raised by a single Mexican mother. This was a very hard job for his mother since she had to raise her children alone, providing food and shelter and try to help to keep her children on the right path.

He said that he has great respect for his mother, and because he knows what she went through to raise them, he is very thankful and always talks nice things about her.

This became a great burden for him to bear and caused his early criminal behavior. He joined a gang very early in his childhood and soon dropped out of school because he was not interested in learning at all. He only wanted to material things and didn’t worry about how is he going to do that.

His messy living without firm parenting caused him to become a teen father because of his early entering into sexual relationships with also teenage girls. He said that he was very disappointed in himself for this because he didn’t know what to do with the kids: he didn’t want to leave them the way his father did.

This way of life later in his life inspired him for the creation of the Sucio Movement which aimed at something completely different: in focusing on making a good career which will help in raising kids in the responsible and respectable surroundings.

He explained this movement as his way to show younger people who come from a troubled environment that they can change their way of life and become a valuable member of society.

He tries to influence kids this way not to make the same mistakes he made when he was younger, to motivate them to get a good education and to follow their dreams no matter what, just in a responsible way.

Due to his early criminal behavior, he was soon sent to a juvenile prison because of the criminal acts he committed. It was clear that there was no hope for him in school and that he needed to move on soon.

He was also often under house arrest which caused his mother a lot of sorrow. But house arrest caused Alex to calm down and turn his interest to music which was a turning point for his life.

He started listening to old gangsta music which brought him solace. Alex started writing songs and realized that he has a talent for it and that it helps him find peace and relieve stress. He said that he felt phenomenal getting the feelings out and soon realized that this is a great way to move on from the difficult times in his life.

He was very inspired by Tupac Amaru Shakar and Snoop Dogg who became famous artists although they came from a troubled environment and poverty. That’s why he kept working hard and hoping that someday he will be big, just like them.

He started making music and recording songs. He was also influenced by Mexican folk music very much, especially by their ballads called “corridos music”.

The basic materials for his songs were his personal experiences and childhood worries and it was the unfailing motive for him.

Growing up without a father was also a big burden for him so he often used it as a theme for his lyrics. He raps about it very much and the listeners can find out soon how it has affected his childhood.

Alex also wanted to point out everyone’s possibilities through his music and show that if he could succeed everyone can.

Alex knew that it was going to be rough to become a notable rapper and that he wouldn’t receive a lot of help from the community because of his criminal past.

But he was determined to succeed and in the end, he recorded his first album independently producing it himself.

In 2004 he has released his debut album called “LA County’s Most Wanted”. It was released by PR Records label and he was very pleased that his dream has finally come true and that his lyrics will find the way to the audience.

The most notable songs on this album were: “Where We Roll”, “Living Life Like a Gangster” and “My Gangster Ways”.

The next album of this Mexican rapper released was named “Underground Chapter 1” which became known for its hit “I Don’t Wanna Be Right” and “We Put It Down”.

He also released one mixtape between two albums. It was in 2008 and the tape was named “Blue Devil Mixtape”. It was a mixtape released on Myspace so there is no label releasing it.

This mixtape has ten singles on it and the most popular and listened were called “Intoxicated” and “Want Me Back”.

In 2009 he released his new album which he produced himself and it was called “Hood Money”. Thus album was again released by PR Records and it contains 17 songs mostly written by Alex.

The next album was released as a sequel of “Blue Devil Mixtape” and was called “Blue Devil Part 2”.

This time the album was released by another record label named AK47 Boyz Records. This album was made in collaboration with Big Downer.

This album was different from others since he performed several romantic songs on the album, which are the first romantic tracks he ever released. Two most popular were called “Forget Your Boyfriend” and “Midnite”.

his album was very praised by the critics and was one of his most sold albums. A huge hit from this album is a single titled “Hopeless Boy” which was made in collaboration with another great artist called David Ortiz.

This video ended up in garnering over 30 million views on YouTube.

This song is one of his most popular songs and had brought him a lot of air time on radio stations.

In 2015 he has released a new album called “90’s Kid” and it was released again through AK47 Boyz Records.

In 2016 he had received a big offer from a major label to record an album for them but he wanted to have more independence in making the album and producing it so he stayed loyal to small record houses such as “Del Records” with whom he signed his new contract.

His first album released through this record label called “Del Records” was called “Lost In Smoke 2”.

It contained 15 songs and the most listened were “Dope” and “F^^k with You”. At the beginning of 2017, he has released a mixtape called “Blessed by God” with singles such as “Best Friend Judah” and “California Dreamin'”.

Empire 47 was his nee record label that released another album called “Paint the City Blue” in the spring of 2018.

This album contains 12 songs. Alex likes to work on a log of aspects for his music from producing and writing even to directing music videos.

He releases these videos on his YouTube channel. The channel with over 600,000 followers is called “9LILG”. The channel is viewed a lot and he received great revenue from that.

Other than music, Alex launched his own clothing line called “Sucios”. It brings him extra income.

As for his personal life he has a son born in 2006 whose name is Daniel Gonzalez. The son is known for his Instagram name “Baby Gunz” and the two of them have a great relationship. He is his first son and his birth taught Alex to be responsible from a very early age.

He also has a second son named Max.

He found about his third son in his tour in Las Vegas and he made a paternity test and took him into his home. His name is Giovanni.

Daniel was only 8 years old when his father Alex took him to record his “AK47 Boyz” album with him. The little son was featured on the album.

He has put his sons in good schools and motivates them to learn and get a good education which will help them in their future lives.

One of his past relationships was the one with Chantelle Castillo but it did not work out for either of them.

Today he lives with his partner Kimberly Michelle in Los Angeles. He proposed to her on one of his concerts. They have welcomed a daughter named Lexi Juliette in the summer of 2018.