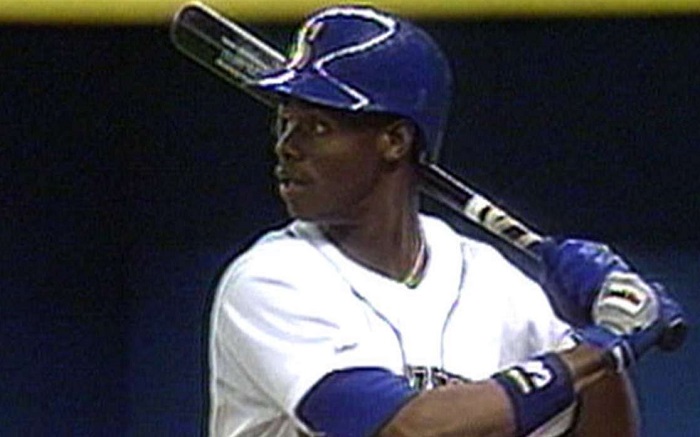 There is truly something extra special when a person, an athlete has a professional career that lasts for decades – and he transforms himself into something else, even if he steps away from the primary profession.

This is the story of Ken Griffey Jr, whose professional career lasted for more than two decades – he spent the majority of that time he spent in Major League Baseball (MLB), 22 years to be precise.

Ken Jr has spent most of his career in Seattle Mariners and Cincinnati Reds, and a short time that he spent in Chicago White Sox. He is a member of the Baseball Hall of Fame and a 13-time All-Star.

Ken is seen as one of the most productive home run hitters in baseball history, and to depict this, we can add information that he has 630 home runs – the seventh best result in MLB.

He is a fantastic defender who had won 10 Gold Glove Awards in centre field; he holds the record the most consecutive games with a home run.

The fact is that he had some problems during his career that he could not shake off.

As far as his Net Worth is in question, besides his baseball salary, he has signed several lucrative contracts with companies like Nike and Nintendo.

He remains popular even after his baseball days are over – he is one of the few players that have appeared in Major League games in 4 different calendar decades.

Now he works in the Mariners’ front office as a specialised consultant.

Ken was born in Donora, Pennsylvania, in 1969, and he comes from an interesting family, in fact, his father is former MLB player Ken Griffey Sr. His mother is Alberta Griffey.

Junior’s family moved to Cincinnati, Ohio, where his father played for the Cincinnati Reds when Ken Jr. was six years old.

Little Ken followed his father in championships in the 1975 and 1976 World Series, and he often imitates his famous father by hitting balls with the fake bat.

Ken and his little brother, Craig, spent their teens at Riverfront Stadium in small custom made Cincinnati Reds uniforms. They had an opportunity to be with stars like Johnny Bench, Pete Rose, and Tony Perez.

Ken Senior had a lot of influence on his young son, in a sense that he wanted his son to be as much as proud on the team accomplishments rather than his own.

He said in one interview that his father would be furious when Ken Jr bragged about what he did on the baseball field, rather than speaking of what the team did.

At the age of 18, Ken Jr attempted suicide because he was angry and as he stated he could not bear the pressure that was put on him, so he swallows 277 aspirins and ended up in intensive care.

He came into confrontation with his father in the hospital, but they both have said that this incident changed their relationship for the better.

Ken Jr was so much better than all other players in school that other parents thought that he was much older than he was, so his mother Alberta had to bring his birth certificate whenever he played.

Ken Jr was enrolled in Archbishop Moeller High School in Cincinnati – in 1987 he was chosen as the U.S. high school baseball player of the year.

He had received a signing bonus of 16,000 dollars from the Mariners.

In June of that same year, he has joined the Bellingham Mariners of the Northwest League, which was the Class a Short-Season minor league.

He was named by the “Baseball America magazine” as the league’s number one major league prospect.

Later on, Ken Jr was promoted to the Vermont Mariners of the Class A.A. Eastern League where he played the final 17 games.

In 1990 and 1991, Ken Jr and his father Ken Sr were the first son and father duo who played on the same team at the same time. In total, these two played a total of 51 matches together before Ken Sr. retired in June 1991.

Many experts say that one of the most critical times of his career was the time when his team was on the edge of elimination but came back to win the next two matches, setting up a crucial fifth game.

While playing with Seattle, Ken Jr was a 10-time American League Gold Glove winner; he was also the 1992 All-Star Game MVP, 1997 AL MVP, 1998 ESPY Male Athlete of the Year and in 1999 Players Choice Awards Player of the Decade and the All-Century team in 1999.

At the end of 1999, Ken wanted to live closer to his family and wanted to move Cincinnati, his hometown. He wanted to raise his kids there.

On the start of the new millennium he was traded – he signed a nine-year, 112.5 million dollar deal with the Reds.

While in Cincinnati Reds he fought even if he had a superstar status – he struggled with injuries.

Ken Jr or called just Junior, had to go through an experimental operation.

He had played for Reds until 2008, and he continuously struggled with injuries, he even broke his wrist while on vacation with his family.

In July of that year, he was traded to the Chicago White Sox in trade for pitcher Nick Masset and infielder Danny Richar, completing his nine-year occupancy in Cincinnati Reds.

In October of that year, the White Sox declined a 16 million dollar option on “Junior”, making “Junior” a free agent for the first time in his professional career.

He had received a buyout for 4 million dollars – and he said that he would not retire but that he had some things to do.

He returned to Mariners – Ken said that sentimental reasons motivated him, but that he also wanted to be a part of the Braves for its closeness to his home in Orlando, Florida, and his wish to be with his family throughout the season.

In 2010 the team manager Don Wakamatsu said that he had to pull Ken Jr from the game because he had poor performance. This caused tensions in the team, and soon after Junior has left in the middle of the night, and stated that his retirement is starting immediately.

From 2011, Ken Jr works as a special consultant with the Mariners at spring training and the regular season.

In 2016, Griffey was named to the Baseball Hall of Fame, receiving 99.32 per cent of the vote, a record-breaking score.

As we have said Ken Jr comes from a family that is all into sports, both his father and granddad were professionals in this sport, just like his brother.

Ken Jr is married to Mellisa, and they have three kids: oldest son Trey, daughter Taryn, and youngest son Tevin that was adopted.

Both Trey and Taryn have graduated from Dr Phillips High School and attended at the University of Arizona. They are all in sports.

The family lives in Winter Garden, where his father Ken Sr. also lives.

He is involved in charity work – he has “The Ken Griffey Jr. Family Foundation” that deals with many good causes.

He was diagnosed with pleurisy, an inflammation in the lungs, which can cause painful respiration.

Ken Jr has a private pilot certificate and has his own plane.

The Video game in which he appears is “MLB Show 17” – he is the cover player for the American variant of the game.

This American baseball player has earned a lot of money during his career, and he keeps doing it still – Ken has gained a lot of money while playing for the Seattle Mariners, Cincinnati Reds, and Chicago White Sox.

He was a star of several video games, his signature sneaker line with Nike and personal appearances on several TV shows, like the Simpsons and Fresh Prince.