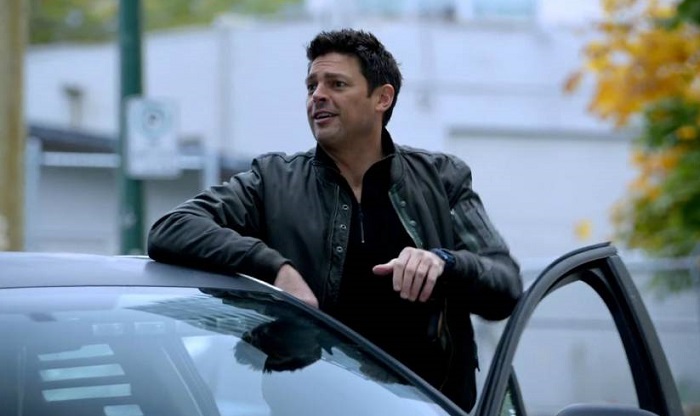 Karl Urban is a popular actor coming from New Zealand who got praised for his roles in „The Lord of the Rings“ trilogy and „Star Trek“ series.

He is one of the old school actors in the business and that’s why many people know him.

He was born as Karl – Heinz Urban on June 7, 1972, in the town named Wellington, which is the capital of New Zealand. His father immigrated to New Zealand from Germany and opened his store of leather goods there.

He wanted to provide his family with a better life and help them acknowledge all of the beautiful chances they will have there.

His mother worked in Wellington’s Film Facilities and it was the reason why Karl got acquainted with the movies at a very early age. He was a pupil at the St Mark’s Church School where he began showing a more serious interest in performing in front of the public.

He was a boy of only 8 years when he appeared in a TV series called „Pioneer Woman“ which was made by the New Zealand TV. He has only one line but he was extremely proud of himself and this was a huge boost for his self-esteem as well. He actually decided to pursue acting later in his life because of this role.

After finishing and graduating from high school he enrolled the Wellington College where he went from 1986until 1990. After that, he joined students at Victoria University of Wellington where he entered the program of Arts but wasn’t satisfied by it. That is why he left college and went on pursuing his acting career.

He managed to find a few roles in a TV commercial and some roles in Wellington’s theaters but with no big success. He was happy to gain the experience and work with other actors he could possibly learn from. He always saw the good in things.

That was the reason he relocated to Auckland where he had many appearances on TV, one of them was in „Shark in the Park“ TV police drama series. He was having a lot of fun and, more importantly, he was meeting various directors that later lead him into his bigger roles.

He decided to move to Australia, thinking he will have more luck there but he eventually came back home in 1996. He said that it was a weird experience and he wanted to go home because he didn’t feel comfortable there.

In 1997 his career took a better path after he gained the roles of Cupid and Julius Caesar in two popular NZ TV series called „Hercules“ and „Xena: Warrior Princess“. The series ended up being a big success and therefore Karl gained many more opportunities after this.

His very first appearance in a movie was as a soldier in „Chunuk Blair“. It was an exciting role he worked a lot for so he was very happy to be moving through it.

He gained a role in a romantic fantasy movie called „The Price of Milk“ from 2001. This role has brought him his 1st nomination for any award, in this case, the Qantas Movie & TV Award.

In 2006 he gained the leading role in a crime drama movie called „Out of the Blue“ which was directed by Robert Sarkies. This was a significant thing for his career because he was always in the spotlight.

This role brought him his first Qantas Award in the category of Best Supporting Actor. This was pretty expected because his popularity grew a lot during this role.

In 2002 he had gained his first role in a Hollywood horror movie called Ghost Ship. It was directed by Steve Beck and he stared in it alongside Julianna Margulies, Gabriel Byrne, and Isaiah Washington.

He became popular through his character of Eomer in two installments of The Lord of the Rings. Many fans loved his character and since LOTR has a lot of fans all over the world, he became very recognizable and couldn’t go anywhere.

He starred in an action thriller movie called „The Bourne Supremacy“ in 2004 made by Universal Pictures. This was another major hit and at this point, he was very well known for his acting skills.

He had roles in „The Chronicles of Riddick“, a SCI-FI adventure movie produced and starred by Vin Diesel.

He also starred in 2009 Star Trek movie as Dr. Leonard McCay. The movie, just like many remake movies, received mixed critics, but Urban still received many praises for the role.

His role was the one of John Grimm „Reaper“.

In 2007 he starred in an epic action movie called „Pathfinder“. The movie was very popular and he said that it was a lot of preparation for it as well, since he had to be in good shape.

He was considered for the role of the new James Bond but the role eventually went to Daniel Craig since Karl couldn’t make it to auditions.

Karl is known as a big fan of western movies so he played a role in a miniseries made by the CBS, named „Comanche Moon“, in 2008.

He was also a big fan of Star Trek from a very early age so when he gained the role of Dr. Leonard MyCoy in the movie he did his best. The role brought him great acclaim and the Star Trek fans were thrilled with it.

Karl’s next big role was in „Red“, an action-comedy movie where he starred alongside the biggest film named ever: Morgan Freeman, Hellen Mirren, Bruce Willis, and John Malkovich.

In 2012 he gained the role of Judge Dredd in Pete Travis’ sci-fi action movie „Dredd“. The film itself wasn’t a big success but Karl was praised for his role.

In 2013 he starred again as McCoy in the movie titled „Star Trek Into Darkness“.

He had the role of John Kennex in a sci-fi crime drama which aired on Fox under the title „Almost Human“. His next role was in „The Loft“, a thriller movie directed by Erik Van Looy.

In the winter of 2015 he became the main antagonist in „Pete’s Dragon“, adventure film made as an adaptation of the Disney movie.

In 2017, he appeared in the role of a fictional character in a superhero movie called „Thor: Ragnarok“, produced by Marvel Studios with Chris Hemsworth in the leading role.

Karl was honored to be chosen to be the spokesmen and the face of „KidsCan Charitable Trust“. He said that being a part of the charity was a big thing for him and that he is very thankful for the fact that he is able to help those who need it.

He learned how to ride a horse while starring in the „The Lord of the Rings“ because his character Eomer was a great horserider in the story.

His favorite hobby is rock climbing but he also likes surfing, fishing and playing golf. He says that he loves to spend time outside in nature, since most of his time is spent on set and he doesn’t get to relax a lot.

Karl loves animals, especially dogs and is a proud owner of his labrador terrier whose name is Ire. He is very connected to his dog and therefore talks about it sometimes.

He is a very close friend to Viggo Mortensen.

He was involved in a huge controversy after he confirmed that his 2012 sci-fi movie „Dredd“ wasn’t directed by Pete Travis at all. It seems that Alex Garland was not only the writer and producer of the movie but also its director.

While starring in a TV movie named „The Privateers“ from 2000 he has met his wife Natalie Wihongi who was working at the set as the makeup artist. They got married in 2004, and have two children together.

Their first son Hunter was born in 2000 and five years later Natalie gave birth to Indiana, whom they named after the Indiana Jones movie. Karl says that he wishes he could spend a bit more time with them since he is always on the move, but he really doesn’t have much time for these things and has to work his way to a break.

The family lived together in Auckland but they got separated after ten years of marriage. The pair sold their home due to the divorce.

In 2015 he started dating Kathryn Ann Sackhoff, known for her role of Lt Kara in „Battlestar Galactica“. He didn’t want to talk about this too much because there was still controversy about the marriage he was previously in.