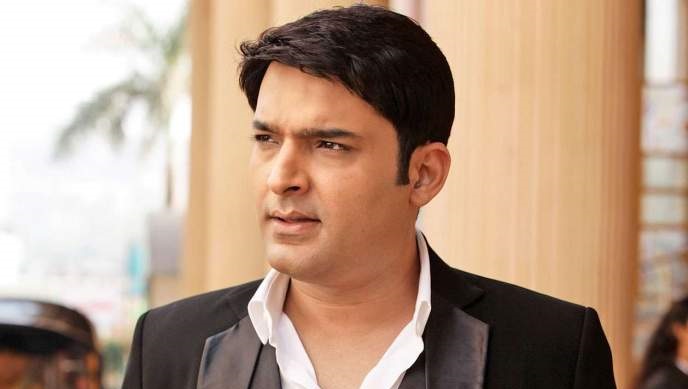 Kapil Sharma is a very popular Indian stand up comedian and an actor especially known for his show called „The Kapil Sharma Show“.

He is often named into the Top 100 Celebrities in India and is considered to be a very influential person but he is also often involved in different controversies and public affairs.

He is often nicknamed Tony and Kappu. The press often refers to him as The King of the Indian stand-up comedy.

He was born as Kapil Sharma on April 2, 1981, in Amritsar, a city located in the northwest of India, situated in the Indian state of Punjab.

He was born into a very respectable family with his father being the head constable in the Police department which was a very huge thing in his city. But unfortunately it was not a lucrative job and his father did not earn a lot of money so  Kapil decided that he will not live like that when he will grow up.

His mother named Janak Rani didn’t work but she took care of the house and the children. His father was named Jeetendra Kumar Punj. He, unfortunately, lost his father earlier than he should because he died of cancer in 2004, seven years late than t was diagnosed to him.

He was a student at the Shri Ram Ashram high school where he was a good student. After graduating from it, he continued his education at Hindu college located in his hometown of Amritsar.

Apeejay College of Fine Arts is the place he finished his post-graduation studies. It is located in Jalandhar.

He has two siblings: a sister Pooja and a brother Ashok Kumar Sharma who followed their father’s steps and became a constable in Punjab’s Police department. He is very close to his siblings and considers him responsible for their well. being so he often helps them financially and is not a scrooge.

In 2007, Kapil entered a popular reality TV show called „The Great Indian Laughter Challenge“ where he was a lot better than the rest of contesters. He received a money prize for his great performance in this show. Before entering this show he worked in on show an MH One Channel.

Not many people know that h had to struggle for his comedy roles and was often paid minimum wages. His father was a respectable policeman but the family didn’t earn a lot of money.  He has worked in various workplaces to support himself before he entered the show which changed his life.

He started his career in theatre in his early 20’s but there were many young men like him trying to find a place in the theatre and rose to prominence. He eventually did it through a TV show.

Not many of his fans know that he was first rejected on the audition for „The Great Indian Laughter 3“ but was later called in to return. After that, he won the competition and became the favorite of the audience. He had several great performances and as the time passed by he was getting even better and his place on the throne was insured.

He used the money from winning the competition to pay for his sister’s wedding. It was the most lavish wedding ever conducted in the family and he was very proud of himself for being able to give his sister the possibility to have her wedding from a fairytale. As we earlier noted he was always close to her siblings and was always very protective about his sister.

After he entered the Comedy Circus reality show aired on Sony Entertainment TV he managed to win 6 seasons in it which was the highest win in the show ever.

In 2008 he became one of the contestants in „Ustaadon Ka Ustaad“, a popular Hindi TV show aired on Sony TV. 2’13 brought a huge change for Kapil and his comedy career with the launch of his TV show called „Comedy Nights with Kapil“. It was launched through his own production house called „K9 Productions“. He has received the award of the Indian of the Year as the most successful entertainer in India in 2013.

Delhi Election Commission made him the Brand Ambassador.

In 2015 he was invited to co-host the Filmfare Awards together with Karan Johar, also known as KJO.

In 2014 he was also hired as a resenter for the Celebrity Cricket League consisted of film actors. He has been guested in a lot of shows like „Kawn Banega Crorepati“ and „The Anupam Kher Show“.

In 2017 he was also invited to guest in a popular show titled „Koffee With Karan“.

In 2015 he made his debut in a Bollywood movie called „Kis Kisko Karoon“ where he had a lead role alongside Sai Lokur. The film was very successful and earned three times more than it cost. The film gained mixed reviews but was very well received by the public.

His show „Comedy Nights With Kapil“ stopped airing in 2016 and was replaced by his new show called „The Kapil Sharma Show“. The show was the consequence of his contract with Sony Entertainment. The viewers like this show very much and it still has high ratings.

In 2016 he was again ranked as the most popular Indian by Ormax.

In 2017 he starred in a drama movie called Firangi directed by Rajiev Dhingra. He is also a producer in this movie and the movie received mixed reviews and didn’t go very well at the box office.

In 2018 he had launched a new show called „Family Time with Kapil“ but it was soo poorly received that it ended after airing only 3 episodes.

„Son of Manjeet Singh“, a movie directed by Vikram Giver was co-produced by Kapil Sharma and his K9 Films production company in 2018. the stars of the movie were Gurpreet Ghuggi and Japji Khaira and the movie was a mild success.

Kapil Sharma is very known for his activism in the area of animal rights. He is involved in a lot of PETA campaigns, especially the ones promoting adoption of homeless animals which have a huge number in India.

To show how he is not just speaking about it and doing nothing he had also adopted an animal – a retired police dog who no longer can perform his police duties and now Kapil takes care of him since 2014.

He is especially sensitive about elephants and their torture and killings and tries to raise awareness about it.

The Indian Prime Minister nominated him for „Swachh Bharat Abhiyan“.

In 2019 he gave his voice for a Hindi version of the animated movie „The Angry Birds Movie 2“.

In 2014 he also earned a Star Guild Award for the Best Comedy Show in India.

In 2015 he won the Sony Guild Film Award as a Promising Male Debut actor for a movie „Kis Kisko Pyaar Kanoon“. This Indian comedy movie based on a romantic story and directed by Abbas Mustan was his Bollywood debut and he enjoyed working in it very much.

He sang in two singles of the movie, one named „Bam Bam“ and the other one is named “Hum To Yaaro Latak Gaye”.

This Kapil’s debut movie earned almost $2 million in the first three days of showing in the cinemas which led to Kapil’s movie to become the highest-grossing movie with a debut actor in the leading role of the movie.

In 2019 he entered the world book of Records as the most viewed stand-up comedian for his show „The Kapil Sharma“.

He has also earned money from making commercials for various brands like OLX, Honda Mobilio, Paisa Bazaar and Micromax Canvas.

He was accused f misbehaving in 2015, by his female co-stars Monali Thakur and Tanishaa Mukherjee for happenings at the International Marathi Film Festival Awards the same year. He refused to comment on the allegations.

Another aroused controversy was connected to his „The Kapil Sharma Show“ after a big number of nurses made a complaint against him and the show for demeaning their professions due to the character in his show which showed nurses as glamorous.

A huge controversy came upon him in 2016 with his mid-air fight with another popular comedian Sunil Grover which eventually led to the break up of their professional relationship.

Sunil Grover was a performer at The Kapil Sharma Show and he was one of the most popular ones. He later left the show following this argument and so did two more comedians who spoke of Kapil as a stuck-up and narcissist.

The public took Sunil Grover’s side in this fight and Kapil suffered a downfall in his professional life. The ratings of his show have fallen and he lost a lot of money due to this event.

It took some time for him to recuperate his image and for the people to return to his show.

Following controversy occurred in 2018 when he filed a lawsuit against his former managers because they spoke badly about him in the public and stated claims about his personality and private matters.

His mother is his biggest source of inspiration since she has a great sense of humor. She was a homemaker and was always there for >Kapil when he was young since his father worked a lot. He always came for her opinion and often spoke jokes and perform stand-up comedy in front f her so she could recognize his talent.

Kapil doesn’t smoke but he does drink alcohol. Sometimes he drinks too much but he admitted that it is sometimes hard to take all the pressure of his workplace and to overcome it without worries.

He practices the Hindu religion and tries to live to its rules.

His biggest hobby is singing and he likes it very much. He often sings at home, and he likes to sing at parties. He says that is also the one thing he inherited from his mother.

He likes to travel a lot especially likes London. He says that the town is very interesting because of its multiculturalism.

His favorite actress is Deepika Padukone and his favorite actor is Ashkay Kumar. He respects them the most and wants to become as good of an actor as they did.

He was in a long relationship with Ginni Chatrath whom he eventually married in a very lavish and grand wedding in Phagwara. He wanted everyone to see that he is now the part of an elite and that he rose up from the poverty of his childhood.

He didn’t speak about his personal life to anyone and by the time people found out about Ginni they were already in a very serious relationship. It was his choice because he wanted his privacy to be respected.

His mother lives well now too and takes care of his wife too.

The happy couple is expecting their first child and it is scheduled to be born in December 2019. he is happy for the fact that he is going to become a father and he thinks they are both going to be great parents. He especially praises Ginni for her conduct, especially towards his mother and he feels that Ginni will be a very loving mother too.

He also owns an expensive flat at the DHL Enclave and a bungalow in Punjab. He likes to show off with things he owns because his childhood was hard and he couldn’t afford anything lavish then.