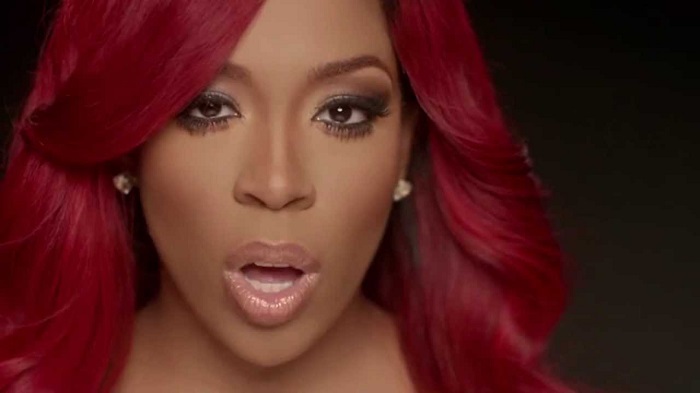 Kimberly Michelle Pate is a musician from Tennessee and she writes and sings in the R&B genre.

Since she was a child, she was very interested in music. She was constantly learning to play new instruments and had a great vocal coach.

She finished the Overton High School and received scholarship to Florida A&M University. The funny thing is that she was yodeling to get into the uni!

She was a proud part of Delta Sigma Theta sorority.

While she was in high school, she had a few boyfriends and in the end had to stop attenting classes to give birth in 2004.

She later returned to her college with the hopes of getting married after it, but the father of her baby ended up with another girl from her sorority.

Kimberly graduated with honors and she wanted to enroll a law school, but in the end she decided to pursue her music career, not her law career.

In 2009, Kimberly started to collaborate with record labels and the first one to get their hands on her were the Jive Records.

As soon as she signed the contract, she released a new song called “Fakin’ It”.

She gained a lot of attention by being recognized by Missy Elliot and she started to appear on Hip Hop charts pretty quickly.

The song was also pretty controversial because it contained lyrics that alluded to sex.

She made a  few follow-up songs while still with JR and then quit the contract.

Michelle was making her debut album Pain Medicine that was supposed to have collabs with Usher, Akoon, R.Kelly and similar, but the JR stopped her publishing and threatened her with court if she doesn’t respect the contract.

In 2012, she joined a TV show called Love & Hip Hop: Atlanta and she moved to NY later to attend the New York version of the show. She was in the show for a long time and this boosted her career a lot.

Kimberly signed a deal with Atlantic Records and she has claimed that it will be out in 2013.

The intro for the album was a song called “I Just Wanna” and another one she posted to tease her fans was “V.S.O.P.”

The songs reached Billboard’s Hip-Hop lists and magazine charts were full of her songs!

Her debut studio album was called Rebellious Soul and it finally came to life in August of 2013.

The album was a huge success, being second on Billboard’s Top 200. Her first tour had the same name her album does and she performed in front of large crowds for the first time.

She was later joining a famous singer called Robin Thicke on his tour and spread her fanbase even more.

VH1 was so proud about her success after the show they had her starr in that they made her her own show called K. Michelle: My Life. It wasabout her life and career, about all of the tough and the beautiful things she encountered with. The show aired on November 3, 2014.

Michelle called her second album Anybody Wanna Buy A Heart and soon published a single “Love ‘Em All”. It was an anthem for everybody who got their heart broken, but still stays strong!

Her next singles that were in the album have hit iTunes charts and soon were sold in a very large number.

She joined Keyshia Cole on her tour and she said tha tshe enjoyed it very much!

Kimberly released the album trailer in 2014 and the album was soon in the top 5 of Billboard’s 200 chart.

In January of 2016 she released her lead single for her new album that she named More Issues Than Vogue. This time she posted the single on her YouTube channel.

The album sold in pre-order and it was a true anti-valentine song. People loved it because it had a weird bravery to it.

In the fifth season of Love & Hip Hop: Atlanta, Kimberly made a comeback and showed how far she has came to other members that she used to know when she wasn’t really popular.

The third season of her show also premiered in late December of 2016 and it got even more attention that previous seasons.

Her last piece of work was a song called “Got Me Crazy” which she made with the famous Rick Ross.

Kimberly was all in love with Kastan Sims, a doctor (dentist) whom she met in Memphis. She announced their relationship on her concert because she was tired of getting questions all of the time.

Although there were multiple rumours of the doctor cheating on her, they got engaged and are currently dating.

Their relationship isn’t healthy, as his friends say, it’s an on and off relationship full of constant drama.

When she was young, she wanted to be a country star, but later developed in hip hop.

She is a big fighter for women’s rights and fights against domestic violence. She claims that no women ever should be afraid of her man and that we are all equal when it comes to rights.

While being a child, she loved to listen to music and says that her music influences were Mary J. Blige and the big Whitney Houston.

She is oftenly asked about her career in general and one of the most popular questions she gets asked is “Aren’t you afraid because this is all a big competition?”. Michelle says that she hates this question so much that she mostly says that she is a mermaid in an alternative universe and shouldn’t be compared to humans.

Her voice coach was called Bob Westbrook and her parents assigned him to help Kimberly when she was young. Not only was Bob excellent in his job, but he was also training Britney Spears and Timberlake before!

She says that her inspiration comes from her son.

She loves pizza and says that her son probably has that in his genes too because loves to eat pizza with her!

She said that she would love to work with Rascal Flatts once since she loves them so much and finds their music innovative.

Kimberly is a musician whose estimated net worth is $500,000 but will only be growing since she is preparing some new music for her fans.