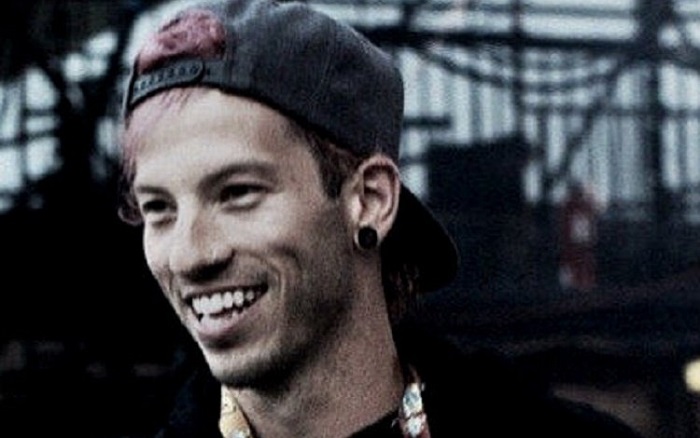 Josh Dun is one of musicians, to be exact he is drummer in Twenty One Pilots, which is musical duo.

His full name is Joshua William Dun. He was born on June 18, 1988 in Columbos, Ohio. His mother is hospice social worker Laura Lee McCollum and his father is physical therapy assistant William Erl “Bill” Dun. He is raised with two sisters Abigail Christine and Ashley B. and one brother named Jordan Christopher. He is one of drummers who learned to play drums all by himself which makes him self-taught.

At school he attended trumpet lessons but he was never very good at it. He continued alone to learn to play drums, because he considered that he is more creative when he is dedicated to that alone.

His parents was strict about that which music he will listen so he hide albums that he liked.

Josh worked for three years in Guitar Center. Former drummer of Twenty One Pilots Chris Salih was one of his colleagues.

Josh become member of the band House of Heroes in March 2010.

Twenty One Pilots  is band formed in Columbus in 2009. Formers of this band were Chris Salih, Tyler Joseph and Nick Thomas. Chris Salih, drummer in this band invited Josh to play music in his home. They sound very good. After that they invited Nick Thomas to be bassist in the band. This trio started to live together and their first album was realized in short time. Album was named Twenty One Pilots. Salih and Thomas left band in 2011.

Salih invited Josh to replace him in the band. Josh accepted offer very gladly so he and Tyler was only members in this band.

On July 8, 2011 was released second album of this duo, named Regional at Best.

Their next album was published on January 2013. In the next year the band attended festivals and other events, such as Bonnaroo, Lollapalooza, Firefly and Boston Calling.

In 2014, Josh won award for the Best Drummer on Alternative Press Music Awards.

Twenty One Pilots released their forth album Blurryface in 2015. This album lead the band to winning in two categories of Billboard Music Awards in 2016: “Top Rock Album” and “Top Rock Artist”. In 2015, the band Twenty One Pilots began with world tour. Tour was in Australia, Japan, South East Asia, Europe and United States of America.

In 2017, the band won Grammy for “Stressed Out” in category Best Pop Duo/Group Performance.

Josh have dashing personality. From  May 2, 2013 he was in relationship with Debby Ryan, who is singer, actress, musician, record producer and songwriter. This couple had some issues and they ended their relationship in September 2014.

There is rumor that Josh and Ashley Frangipane was in relationship in 2015.

He is not married.

Josh have page on Facebook, which is liked by almost half million of people. Link of this page is: https://www.facebook.com/joshuadun/.

He have profile on Instagram with 3.4 million followers. Link of this profile is: https://www.instagram.com/joshuadun/?hl=en.

This young man have interesting personality. He have tattoos and piercings on ears. His look is in punk rock style. He often dies his hair in different colors.

Joshua William Dun was born on June 18, 1988 in Columbus, Ohio. He was raised with two sisters and one brother. Informations about his education are not available. He is self-taught drummer.

At first he worked at Guitar Center, but after couple of years his colleague asked him to replace him in the band Twenty One Pilots. He accepted this offer and he joined to Tyler Joseph. This band is very popular now. They released several albums so far.

From 2013-2015 Josh dated with Debby Ryan. After they ended their relationship he was rumored to be in relationship with Halsey Frangipane.