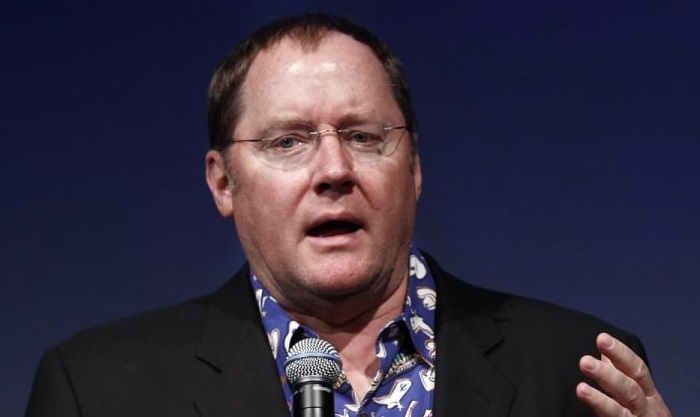 Recognized for being one of the best animation directors worldwide, the work of John Lasseter is really impeccable.

The creativity and techniques of this producer have also left an indelible mark on cartoons, especially those developed by Pixar.

Surely you want to know more about the beginnings of this American, so we invite you to read this biography of John Lasseter.

John Lasseter was born on January 12th 1957 in Hollywood in California. John had a pleasant childhood in Los Angeles and enjoyed any cartoon that was within his reach in the Sunday morning.

A hobby encouraged by his mother, an art teacher at the university, and who had an open mind enough to appreciate this form of artistic expression.

So when teenager John discovered, thanks to the book The Art of Animation by Bob Thomas, that becoming an animator could be a way of making a living, he did not hesitate.

He wanted to remain a child, offering adventures starring animated characters; and his family agreed.

So he studied at the California Institute of the Arts, where Disney’s animation masters taught, and there he fell in love with Uncle Walt’s films.

That an animator visited Disney Studios was for him the equivalent of a Mohammedan devotee who pilgrims to Mecca. Among his classmates at that time were Tim Burton, John Musker, Chris Buck and Brad Bird.

Lasseter’s next step was clear: sign for Disney. There he remained 5 years as an animator, in films such as Mickey’s Christmas story.

While working there, he observed the evolution of a company film that combined real action and computer animation: Tron.

That film opened his eyes about the possibilities offered by new technologies to animation, for example when offering three-dimensionality.

In this field he found new possibilities in Lucas Film Computer, a company created by Georges Lucas to boost special effects.

Lasseter had loved the Star Wars in 1977, and mainly his achievement of liking all kinds of audiences; and in the face of conservative opinions that animated films were aimed only at children, he believed that broad spectrum of viewers was also within his reach.

Lucas opened a new horizon by making him see that not only the funds could be animated with a computer; the same could be done with the characters.

With the computer tools and the collaboration of Ed Catmull (a computer scientist whose dream frustrated until that moment was animation) began to put the seeds of what would be Pixar, ending the divorce that existed between programmers and animators: those who developed the software they were ignorant when it came to cartoons, and the cartoonists had an unfounded fear of running out of work; but Lasseter was going to remedy the matter.

Lamparita, a short film featuring flexo lamps, which gave rise to the Pixar logo, surprised the experts. Not only because it was done with a computer, but because history had a soul.

Lasseter understood when a friend told him he wanted to ask him something; he expected a technical consultation, but no, he just wanted to know if one lamp was the mother or father of the other.

The short had an Oscar nomination; He didn’t win it, but later he had three Oscars in this category, in 1989 for Tin Toy, in 1997 for The Geri Game and in 2001 for Pajaritos.

When Disney, after a season of crisis, shone again in the field of animation thanks to people like Roy Disney, Michael Eisner and Jeffrey Katzenberg, they looked at the Pixar of Lesseter and Steve Jobs, and reached an agreement to produce their movies, retaining independence.

Lasseter respected the Disney style of a protagonist, many secondary and a lot of songs, but he saw things differently. I wanted to make the incredible credible, “do realistic things without reproducing reality.”

Lasseter likes to work on concepts, and believes that a script should be given a thousand and one turns to make it work. An idea that is repeated in all its lengths is that of “couple of colleagues”, typical of the police genre, as in the lethal Weapon saga.  This is the case in both Toy Story, Bichos, Monstruos, S.A. and looking for Nemo.

To this he adds each time a master thread: the toy that is not able to accept what that is, a toy; the toy that does not serve the purpose for which it was created, locked in a showcase; the ants that recruit a team to face the grasshoppers that exploit them; the boy who thinks he has a monster in the closet; the smallness of the world when limited by the walls of a fishbowl.

Without a doubt, the best proof that Lasseter spoils the scripts of his films is his feat of having won an Oscar nomination in this section by Toy Story. Something amazing in a type of films that academics do not usually consider when voting for golden statuettes.

Teamwork is a way of doing in which Lasseter, far removed from the figure of the tyrannical creator, believes. The filmmaker has given the alternative to the direction to many of his collaborators; and he loves having work meetings, where good ideas.

Although his team of consultants never lacks his own family, his wife and five children, an audience whose criteria he trusts.

The marriage formed by Paul Eual Lasseter and Jewell Risley lived in Los Angeles (United States) when he welcomed John Alan Lasseter. The boy’s childhood passed without major setbacks, although he was always very attentive to the chores of Jewell, his mother.

She, who teaches art at a university, used drawing techniques that caught her little son’s attention. John, on the other hand, watched with devotion the occupation of his mother, at the same time that he enjoyed to the maximum the animated series that the television transmitted at that time.

At first he thought it would be crazy, but the idea of ​​living creating drawings was around the head of an already adolescent John.

The art of animation is a book by Bobo Thomas that gave John Lasseter the impetus he needed to take the path of drawings as a future.

By communicating to his family the decision to be a creator of cartoons, they could not be happier. It was a wise choice, because John had commented more than once that “he wanted to be a child forever.”

To begin his professional preparation, Lasseter entered the Institute of the Arts located in California, the best place to learn the animation techniques they used at Disney.

This, of course, was possible because in that educational center the same animators taught classes that made the creation of Disney drawings possible. As expected, John Lasseter’s passion grew rapidly, and he confirmed that he had taken the right path.

Having heard for years the exhibitions of the great masters of Walt Disney studios, Lasseter had a new goal: to enter to work in these spaces.

Without much effort he succeeded, because what he learned in the institute together with his undeniable creativity were his letter of introduction. Disney executives, meanwhile, noticed the born talent of this artist, and left it fixed without any problem.

John Lasseter was included in the animation team of films that were already popular, as is the case with some of Mickey Mouse.

This lasted approximately 5 years, during which time he specialized in drawing techniques, mostly children.

However, one day he discovered that it was also possible to create animations that please adults in the same way.

This happened when Disney was producing Tron, a feature film about virtual reality that surprised Lasseter and opened his eyes to the world of possibilities he could have with the new technological tools.

However, it was the company of Georges Lucas, Lucasfilm Computer, which opened the doors to everything that was brewing in the imagination of John Lasseter.

When John Lasseter began to unite his ingenuity with the computer skills of Edwin Catmull, a new alliance was opened that would not disappear over the years.

Before that, programmers and cartoonists did not come together to create works together, but instead did so separately. Once Lasseter entered Lucasfilm Computer, a new cartoon dynamic would be implemented.

In 1986 the majority of Pixar Animation Studios shares became the property of Steve Jobs, detaching itself from Lucasfilm Computer.

However, John Lasseter continued working in this company, and created a short film that would leave an indelible legacy in the world of animation. It was Luxo Jr., whose argument is the set of two lamps Luxo brand and flexo type that were inspired by those found on John’s desk.

In less than 2 minutes, Lasseter showed that with a computer animation you could create great films.

The success of this short film was extremely thunderous, and hence the logo of Pixar studios originated.

Disney, realizing all the potential that was in that production company, offered Steve Jobs to create films together but without intervening in his autonomy.

Even so, Lasseter made it clear that his arguments were not what Disney was used to creating.

Unlike Disney, John was not totally convinced of the movies they had Only one protagonist.

For this reason, almost all of his productions are focused on teamwork, as well as the struggle not to give up.

Among his most recognized feature films, we can highlight Looking for Nemo, Toy Story, Toy Story 2, Toy Story 3 and Toy Story 4.