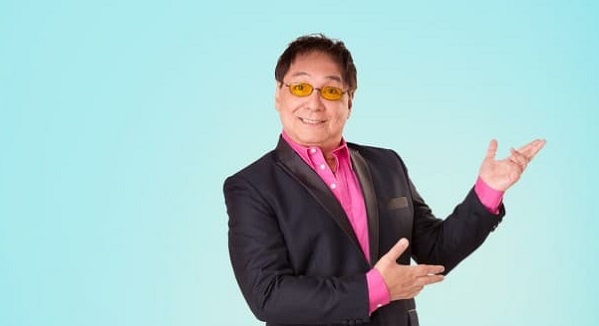 In this article, we will talk about the famous Filipino comedian and actor who has been in the world of showbusiness from 1969 and he is still active today.

He is also a very popular host and a TV presenter who has a very large fanbase. His most popular show is titled “Eat Bulaga!”

Joey is one of the three members of a hit comedy group called Tito, Vic, and Joey.

He is an extremely popular and respected personality in the Philippines.

He was born as José María Ramos de León Jr. and gained his surnames from his loving mother Emma Ramos and his father Jose de Leon.

His date of birth is October 14, 1946, and he was born in the town of Binondo, located in Manila, in the Philippines.

His father left him when he was three years old, after a very ugly divorce. He relocated to Spain where he began his new life with his new family.

Joey stayed with his mother who took good care of her son and he grew up in a very hardworking person who finished college and launched his career in the entertainment business.

After finishing high school where he was a very good student he enrolled in college. He became a student of the National University in Manila and had gained a diploma in architecture.

Since he was very talented in the music department he had also started working as a DJ. At one time he was working as a DJ on over ten radio stations to get his name established.

It was in the 60s that he started working not also as a DJ but as an announcer and a host.

After becoming established as a disc jockey he appeared on a gag show called “OK Lang” as a comedian. The show was aired on IBC.

In 1975, he was offered a job that changed his life: he became a co-host of “Discorama”, a popular variety show whose host was Bobby Ledesma.

After gaining his position he decided to form a comedy group so he invited his fellow comedians from OK Lang to join him.

He offered this collaboration to the Sotto brothers. Tito, Vic, and Val were three brothers who were amazing comedians but only Tito and Vic joined his team.

The three of them became a comedy trio who gained popularity on their news parodies. They eventually released twelve albums connected to Discorama.

After that, they became regular performers on the Student Canteen variety show which is aired from 1958.

The trio gained national fame through their sitcom named Iskul Bukol. Iskul Bukol was one of the most famous Philippine situational comedy shows which were broadcasted from 1978 until its ending in 1990.

This success has made them very interesting to various producers, both from movies and television.

They have invited the offer of TV producers to start hosting a noontime show titled Eat Bulaga! which rose to instant fame.

The biggest concurrent of Eat Bulaga! was the show in which they previously performed named Student Canteen.

The trio soon became the most popular comedy group in the country so Eat Bulaga! outranked the Student Canteen hosted by Bobby Ledesma, who was their former employer.

The trio worked great together but Joey also wanted to make his own solo career so he started working on some projects. He was hired by other TV shows and dud his solo gigs there.

In 1982 he joined the RPN sitcom named  Joey and Son. His role in the sitcom was one of a father.

He also performed at TODAS show where he starred alongside Jimmy Santos and Val Sotto.

He also appeared in TV shows like Apple Pie, The Sharon Cuneta Show, and more.

He appeared in a movie named “She-Man: Mistress of the Universe”.

In 1995 he starred in a comedy called “Bangers” and he still continued hosting  Eat Bulaga show. This show is the longest-running TV show in the Philippines.

He hosted his own show called Wow Mali which runs for a very long period of time on the ABC network.

This show came to life after the cancellation of Teka Mona show.

He also co-hosted a show named Takeshi’s Castle. He did it together with Ryan Yllana.

Due to his fame, he became a reoccurring judge if an extremely popular and highly viewed show StarStruck. The show is aimed at star searching.

Joey writes for several magazines, but his most notable work is the entertainment column which was titled De Leon’s Den.

In 2006, he launched his new song after years of hiatus. He named it “Shake it off” and he launched it on his Eat Bulaga! Show. It was launched just a few days before Christmas.

In 2007, he released this song on his album titled “Joey to the World 2”. The album became a huge hit and received a lot of radio airplay.

The son was incorporated into the talent show he judges, named StarStruck. “Itakak Mo” became his signature song and was especially popular as a dance tune.

After this success, Joey decided to release a new song named  “Kagat Labi Song”, which he launched on his show again. This song followed the footsteps of his previous song and became a hit.

At the beginning of 2008 Joey’s next single, “No Cheating” contained lyrics connected to Willie Revillame, who was his biggest rival.

In the summer of 2008, he resigned on his job as the columnist of De Leon’s Den which he wrote for Manila Bulletin.

He transferred to another magazine titled The Philippine Star where he writes his column called “Me, Starzan”.

In 2009, he released a new hit single titled “Ba Ba Boom” which was followed by his next “Aalog-Alog” single.

In 2011 he appeared in a romantic comedy film named Won’t Last a Day Without You where he starred alongside Sarah Geronimo. He really liked this role because he had an opportunity to act in the role of a father.

Joey is a skilled songwriter and has written several songs like “Ilagay Mo Kid” for Hagibis and “Ang Labo Mo” performed by Sharon Cuneta.

As for his personal life, he is currently in his second marriage.

His first wife was Daria Ramirez with whom he has two children. Both of their children later entered the entertainment industry.

Joey’s son Joseph Joachim, also known as “Keempee” is a singer and an actor while his daughter Jacinda Myrtle or “Cheenee” was a teen actress.

The couple got married a short time ago, after being in a relationship for over 35 years. The event was held only for members of the family and close friends.

He was involved in a huge controversy in 1982 when a teen actress named Pepsi Paloma accused him and two other comedians of gang-raping.

She filed charges against him and two more TV personalities after which she was coerced by Tito Sotto to drop the charges.

Although he and his friends apologize to her she later committed suicide because she was not able to cope with her sadness and media exposure.

In 2015 he was again involved in a controversy over his tweets in which he allegedly spoke about Vice Ganda in a very rude manner.

It was the same year he was involved in a controversy about his Halloween costume. He got dressed as a Muslim and it rose the outrage of the Muslim community.

In 2017 he had to publically apologize for his rude remark about depression and depressed people.

The community was outraged with his insensitivity and he attacked over the media.

He is very active on his Instagram where he has over 1.3 million followers.

He regularly posts photos from family members and events and also from travels.

He is very religious and he often helps the community with donations.

He posts sacred photos on his social media.