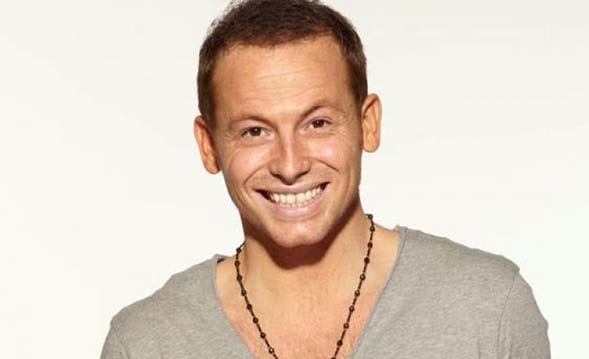 Joe Swash is a known English actor and a TV presenter who came to fame as a fictional character Mickey Miller, a skilled scammer, in a very high-viewed soap opera called „East Enders“ which was broadcasted on BBC.

He was born as Joseph Aidan Swash on January 20, 1982, in the part of London called Islington, located in England. Because of this, he has a very distinct accent one cannot really miss.

Joe was raised and grew up in north London, in Islington and was brought up by his father Ricky and his mother Catherine. He developed a really big connection to both of them and says that they left a big impact on his life.

His parents got married in 1978 and have lived a very happy life with their son Joe and his sisters Casie and Shana. They spent a lot of time together and they try to remain well connected as well.

He was 12 years old when his father Ricky who was a taxi driver died of a heart attack, leaving his wife Catherine, also called „Kiffy“, to raise their children as a single parent. This was a very hard moment for him to go through and he said that most of the things in his life changed this very moment.

Joe comes from a family of mixed Italian, Scottish and Irish roots, and it may be seen through his mothers maiden name O’Connor. He says that he would love to speak these languages better than he does, but he never had the time once he got into a busy career.

After his father died Joe became very protective over his sisters, especially towards the youngest one named Shana.

He has become like her second father after the loss of their real father. It was tough for them, but he made it easier.

He is still very close to her. Joe was a student at Highbury Grove School located in their hometown, in a part of London called Islington.

His mother had a good friend, an actress named Linda Robson and she persuaded her to enroll Joe to Anna Scher Theatre School because she recognized his talent at a very early stage.

He went to this drama school with Brooke Kinsella and Natalie Cassidy who later became his co-workers in  „East-Enders“. He says that he loved to learn and that the whole experience was very satisfying to him.

Before entering the real world of acting he had appeared on TV in several commercials, such as the one for Andrex when he gained a role of an orphan ina hit TV series „You Rang M’Lord?“. It was a true hit back in the day and it significantly helped Joe get some attention on his side.

He had a role in a fantasy movie from 1996 called „The Adventures of Pinocchio“.

He also appeared in various TV series like „The South Bank Show“, „Soldier Soldier“ and „Laugh Out Loud“ made by Nickelodeon TV. He said that most of the shows he was in were comedy shows and that he made a lot of friends there as well.

In 2002 he appeared in an entertainment program called „Club Reps“ which ran from 2001 until 2004. It was a very rewarding experience, he says.

Although he had these minor roles he was about to quit his dream of having a career in acting since none of these roles were serious or could bring him enough money to live just from acting.

But it was the same year when he was hired to play a character of Mickey Miller in a new soap opera called „East Enders“.

This opera soon became especially popular and was one of the highest-rated series in Britain. It eventually won ten BAFTA awards and many National TV awards.

He was hired as a recurring character in 2003 but he was so well accepted by the audience and gained so many positive reviews that he was made a regular character.

One year later his sister in real life, Shana, started playing the role of his sister in the series. This was very motivational for both of them and they tried to do their best for their other half.

He starred in the series until 2008 when he was notified that his character is written out of the series.

This caused a lot of anger in him and he publically criticized the producers of the show for this move. Some peopler agreed with him and said that the end was forced, while others found it just fine.

In 2008 he became a member of a British reality TV show called „I’m a Celebrity… Get Me Out of Here“. It was the show’s eight-season and he eventually won it.

After winning the show he became a TV presenter of the same show and presented it every year, just changing his co-presenters every year. He likes to spend a lot of time with his friends and the presenters he met.

After the show was renamed to „I’m a Celebrity: Extra Camp“ in 2016 he continued being a presenter and did it alongside Vicky Pattison, Joel Dommett and more.

In 2009, he made an appearance in the role of a team captain in a game show „Hole in the Wall“.

In 2010, he was again made a team captain in a popular family show named „What Do Kids Know?“.

In 2011, he became the presenter of CBBC Channel’s show for children called „Gimme A Break“.

He was also a team captain for „Minute to Win It“, an international game show.

He became the narrator for „Driving Academy“ which was aired on the same channel in 2011.

Three years later he became the presenter and narrator of the same show but its a franchise with celebrities. It was called „Celebrity Driving Academy“.

As for his work at the theatre, he had appeared in the role of Buttons in „Cinderella“, a pantomime performed in Chatham’s Central Theatre.  It was a new experience for him and that’s why he loved that.

He also appeared in a pantomime which was put out in Bristol, titled „Snow White and the Seven Dwarfs“.

He was involved in a challenge on The Paul O’Grady Show in 2009. The show was aired on Channel 4 and he managed to break a Guinness World Record together with Tim Vincent who is also a TV presenter.

The two of them threw the most pancakes to each other. It was one of the funniest and the best moments in his life, he says.

A for his personal life he was known for his love for clubbing. At the beginning of his career, this was an issue, but now it’s not such a big deal and he continues to surprise everyone by the amount of change he can go through.

He often visited London clubs and was soon nicknamed „Swashbuckler“ by the British press. He was known for his drinking capacity and was often reprimanded by his bosses from TV.

In 2005 he got ill and discovered that he was contracted with meningoencephalitis which enabled him to talk and for a while doctors gave a very bad prognosis for him.

Eventually, he recovered from it and returned to the East Enders after 3 months of absence. He was very happy to be back on the set and he brought food for everyone.

He was in a relationship with Emma Sophocleous which started in 2005. In the summer of 2007, she gave birth to a baby boy whom they named Harry. The pair decided to separate one year later.

In 2009 he was ordered to pay 20 0000 pounds of tax. This caused some controversy but was soon forgotten.

In 2016 he began his relationship to Stacey Soloman. She is a known English singer and a TV celebrity. The two had a pretty public relationship back in the day.

Stacey already had two children, Leighton, and Zach from her earlier relationship and gave birth to their first child whom they named Rex Toby Francis.

Joe is a patron of „Meningitis charity“ from 2009.

It is a disease which caused the death of his granny.

In July 2019 Joe announced that he will quit presenting „I’m a Celebrity Extra Camp“ show after being the host for 10 years.

It was because the Camp is going to film in Australia for 3 months and he just doesn’t want to be away from his family that long.

After the fans of „I’m a Celebrity“ saw a ring on his hand, they started commenting his relationship with Stacey stating that he got married to her in secret.