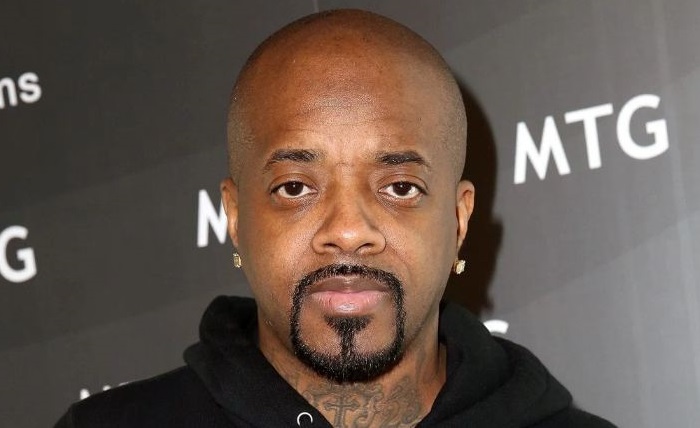 Jermaine Dupri is a very respectable American rapper and record producer who became known for his work with famous music stars such as Kris Kross, Jay-Z, Nelly, Usher, Janet Jackson and many more.

He is also famous for his songwriting skills and the ability to make hits and work both as the music producer and a creative force in the project. He is a very public person involved in a lot of reality TV shows and had a very high-profile relationship with Janet Jackson.

He was born as Jermaine Dupri Mauldin on September 23, 1972, in a town called Asheville, settled in the State of North Carolina in the United States. He is very thankful for being born in The States because he has gotten many chances to become a very big person in his field. He met quite a lot of people and therefore had more luck than many others.

His father Michael Mauldin worked at Columbia Records so Jermaine was introduced into the world of music and hip-hop very early in his life. Michael was not only an executive in before mentioned label but he was also a talent manager. For example, he was responsible for the coordination of music shows and in one show just like that, on Diana Ross show, Jermaine went on stage to dance with Diana.

He was only 10 years old at that time and this experience gave him the wings to totally focus on dancing and music.

His father also recognized his talent and was a big support for him, especially because he worked at the record label so he knew how important and famous can become Jermaine if he was focused enough.

He was really interested in dancing so he eventually joined a hip-hop group “Whodini” as their dancer. He was nearly twelve at that time. His first video appearance was for their single “Freaks Come Out At Night”. He was very proud of this one.

Since he was very good at it, he has soon started performing all over the country. A big success for him when he was an opening act to the NY Fresh Festival. It was the same festival where only the stars came to perform, such as the famous group Run-DMC.

In 1990 he has turned to find talents so he created a female trio named “Silk Tymes Leather”. One year later he had met Chris Kelly and Chris Smith in a local mall where they performed and offered them to become their manager. They were only little kids but had an attitude of grown-ups.

He named the group of these two boys “Kris Kross” and they soon became a huge hit. Their first album named “Totally Krossed Out” came out in 1992 and became very popular very fast. It went platinum, mostly because two big hit singles on it: “Jump” and “Warm It Up”. Bozh singles were written by Jermaine and he produced them.

Kris Kross brought something new to the hip-hop stage and they were especially interesting because they were very young.

In 1993, Jermaine decided it is time for him to be independent and make music how he wants and when he wants and with whom he wants so he has created his own record label and he named it “So So Def”.

His next move was to sign a female group “Xscape” to his label after he encountered them in Atlanta. Jermaine saw them perform at one festival and liked what he saw.

Their first album was released by “So So Def” and Jermaine produced the whole album. It went platinum, selling by the name “Hummin’ Comin’ at ‘Cha'”. The girls became a huge hit because at that time there weren’t so many lady groups on the hip-hop scene.

Their hit “Just Kickin’ It” came as high as No. 2 on the Billboard Hot 100 Chart which was a big success for them.

Jermaine also met Da Brat, a Chicago native female rapper whom he signed to his label and released her debut album titled “Funkdafied” in 1994. She was the first female rapper to receive platinum.

The story of how she met Jermaine is very interesting. In 1992 she entered a local rap contest powered by MTV and won it. Her prize was meeting with Kris Kross, a young rapper duo who were at the peak of their fame at that time.

The boys liked her very much so they have introduced her to Jermaine, hoping he will like her too and help her launch her rapping career.

Jermaine liked her and wanted to sign her to his label what she accepted.

In 1995, he made a collaboration with a known singer Mariah Carey. It was for her song “Always Be My Baby”. This was also a huge thing for him because she was extra popular.

In 1997, Jermaine worked on Usher’s album titled “My Way”. He co-wrote some of the songs on his album and has great respect for Usher’s work, and vice versa.

Another artist, Monica, appeared on this album and Jermaine later took her under his wing. Monica is still a known celebrity and makes music.

In 1998 he was also producing the first album of a very popular female group “Destiny’s Child”.

Jermaine started making music and lyrics for himself too so he has released several successful songs: “Sweetheart”, “The Party Continues” and “Money Ain’t a Thang”. They were all on his first studio album named “Life in 1472”.

It was the same year he signed a teenage rapper of 11 years to his label. His name was Lil’ Bow Wow. He was only eleven when he got introduced to Jermaine and he helped him launch his career. It was in 1998. One year later he could brag about his single “The Stick Up” being featured in a very successful movie called “Wild Wild West” with Will Smith and Michelle Pfeifer.

In 2002, So So Def terminated their collaboration with Columbia Record and turned to Arista Records. In 2001 he released his 2nd studio album named “Instructions”.

Many known artists were featured on this album, including Ludacris, Xscape, and Jadakiss.

In 2004, Jermaine started working with Usher again on his album “Confessions” which was Usher’s 4th Studio Album. The album gained several awards, such as the Best Contemporary R&B album and similar. This album came to the diamond certificate.

In 2005 he collaborated with Mariah Carey on her album titled “The Emancipation of Mimi”. One of the singles from the album was “We Belong Together” and it peaked to No.1.

He started working on Bow Wow’s “Wanted” and co-wrote “Let Me Hold You”. He was also involved in producing “Grillz”, a hit single for Nelly. In 2006 he transferred to Virgin Records and signed two artists to his label: Dem Franchize Boyz and Daz Dillinger.

Jermaine Dupri worked on Monica’s 5th album “The Makings of me” and made it a very successful release.

In 2006 Dupri produced an album for Janet Jackson named “20. Y.O.”. He did it again 2008, for his album “Rock With U”. During that period he was dating Janet so he was really into making her music great.

In 2007, Jermaine published his book, which was really a memoir named “Young, Rich and Dangerous: The Making of a Music Mogul”. It was published by Atria and had huge sales.  Some of the readers commented that it is kind of a road map for people who don9t know much about the world of making music and it has some specific details about how devastating it can become.

In 2013 he became Mariah Carey’s talent manager but the ended their collaboration in the summer of 2014, after only 6 months. Jermaine spoke about Mariah later in his memoirs as the “ canary in the cage”.

In 2015 he turned to TV after he created a reality TV series in collaboration with Queen Latifah.

It was named “The Rap Game” which premiered on Lifetime. It was a reality show where the candidates came to show their rapping skills and get the chance to get their first album released.

In 2018 he became a member of the Nashville Songwriters Hall of Fame. It was the same year he celebrated his 25 years of career in music. He is currently holding an executive position as the president of Island Records Urban music.

In 2002 he started dating Janet Jackson and their relationship became very serious. They split up in 2009 after seven years. When they were together they had several collaborations and song releases, such as “Call On Me” and “With U”. There were even rumors in 2008 that she was pregnant with his child but he released a tweet denying it.

Jermaine is vegan. He has two nicknames: JD and Don Chi Chi. Many people don’t even know his real name and therefore talk about him as if he has a nickname only.

Jermaine never finished schooling: he dropped out in the 10th grade because he wanted to create a music career. He was never much of a school person and he loves to spend time making rhymes instead of creating good grades.

He was 25 years old when he was introduced to Pam Sweat who became pregnant after only a few months. She gave birth to Jermaine’s daughter Shanian whom he loves and cares about. He has another daughter named Jalynn. Shaniah is his eldest daughter and is involved in a TV series aired on VH1 and titled:” Growing Up Hip Hop: Atlanta.” He is also one of the crews on it.

He was also in a relationship with Kandi Burruss, one of the members of a female group “Xscape”. The relationship was very short but people thought that this was the cause for the breaking up of the band. Kandi is still very known and is involved in a reality TV show. Her biggest success was the winning of the Grammy Award for her part of writing the hit single “No Scrubs” for TLC.

In 2010, Jermaine was sued by a woman over missed child support. She claimed that he was the father of her daughter, who was seven at that time. This was a probable cause for a breakup from Janet Jackson’s point of view.

He once appeared in a movie, a thriller from 1999, named “In Too Deep” and it was his first acting gig.

In 1992, he appeared in “A different world” as a DJ. This was a new experience for him and he enjoyed it very much!

Since he is vegan he likes to drink a lot of green tea because he tries to stay healthy.

His net worth js $5 million but was ten times bigger in 2005. He was mocked by tabloids for a long period of times because he didn’t want to fix his teeth and it was “yuck”.in 2018 he finally fixed his teeth and every tabloid has written about it. He started having financial problems in 2008 and in 2011 he stopped paying his car ( Lamborghini Murcielago to be exact) so the car was repossessed. He was sued and still owes money for it.

His biggest problem was the bill on $3 million back taxes he has to pay the State because he didn’t pay when he had to. He borrowed the money to pay this bill but has problems with returning the money. The rumor is that he still hasn’t paid Bow Wow for his tour a few years ago.