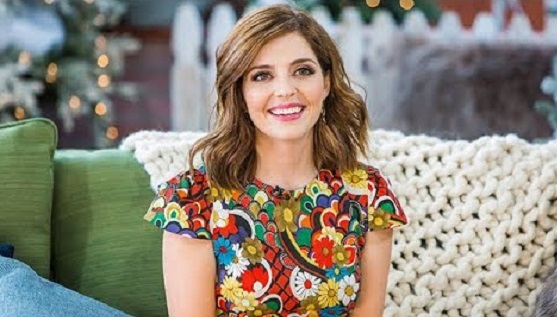 The celebrity that we will present you today is Jen Lilley. She is a singer and an actress from the U.S.

Most people know her from Days of Our Lives that is a very popular American soap opera.

Also, there are many other films and series in her career.

You are going to see in this article all about the career of this actress and singer, as well as a lot of things from her personal life.

Jen Lilley was born on August 4, 1984. Her birth place was Roanoke, Virginia, U.S. The names of the parents of Jen Lilley are Vincent Lilley and Ellen Lilley.

It is known that her mother is a marketing director and an event planner, while her father is a judge.

Jen Lilley has three siblings, actually two brothers and a sister. Her sister’s name is Katherine Lilley, while her brothers are Ryan and Michael Lilley.

The high school that Jen Lilley attended was Cave Spring High School that is located in Roanoke, Virginia. After finishing high school, Jen Lilley decided to study on the University of Virginia and she graduated there successfully.

In her childhood and later in her teenage years, Jen Lilley wanted to be a singer.

However, in 2007 she decided to move to Los Angeles in order to pursue her acting career.

As we have mentioned above, Jen Lilley is both singer and actress. However, we will tell you something about her acting career first.

Her career as an actress began in the year 2007 when she appeared in a movie Suburban Skies. In that movie she had a role as Janey Richardson. Her following movie was Changeling and it was released one year later (2008).

In the year 2011 Jen Lilley was acting in a couple of films. We will mention a film The Back-up Bride, in which she was in the role of Daisy Spur.

She has also appeared in The Artist which is a silent movie from Michel Hazanavicius. In this movie Jen Lilley had a supporting role.

The next movie in which she has appeared was The Sticky Chocolate Kingdom (2011). There were also many other films in which Jen Lilley had more or less important roles.

However, we have to say that Jen Lilley has also been very active on television. She appeared in one episode of the series Hannah Montana (2007) as a swimsuit model.

Another important role that Jen Lilley had in her acting career was in television medical drama General Hospital. Actually, she had a temporary role in this drama while Kirsten Renee Storms was on medical leave. Instead of Kirsten Renee Storms, Jen Lilley was acting as Maxie Jones for a certain period of time. Other television films in which she acted are The Spirit of Christmas (2015), Mommy, I Didn’t Do It (2017), Eat, Play, Love (2017), Evil Doctor (2018), Winter Love Story (2019) and many others.

However, the most important role in the acting career of Jen Lilley was her role as Theresa Donovan in a popular soap opera Days of Our Lives (2013). Another film in which Jen Lilley had an important appearance was a television film A Dash of Love (2017).

These are some of the most important roles and films related to a rich acting career of Jen Lilley, but we have already told you that she is a singer as well. In 2014 she was singing on a benefit concert in Georgia. At the end of the year 2015 her first studio album was released and its name was Tinsel Time.

We have already told you who the members of Jen Lilley’s family are. As you could see, she has three siblings, two brothers and a sister.

Now we are going to reveal you the marital status of Jen Lilley. She is married since May 2007 and her husband’s name is Jason Wayne.

Jen Lilley and Jason Wayne couldn’t have a child for a couple of years, so they decided to be foster parents. The organization Childhelp helped them become foster parents, so they adopted two sons.

Fortunately, Jen Lilley is expecting a child with Jason Wayne. It will be a girl and she will be born in August 2019.

Also, Jen Lilley has a poodle and its name is Lucy.

Children: Her daughter will be born in August, 2019. She has also two adopted sons

The estimated net worth of Jen Lilley is half a million dollars. The sources of her wealth are her acting career as well as music.

Jen Lilley is in a happy marriage with Jason Wayne. They have two adopted sons and they are currently expecting a daughter who will be born in August.