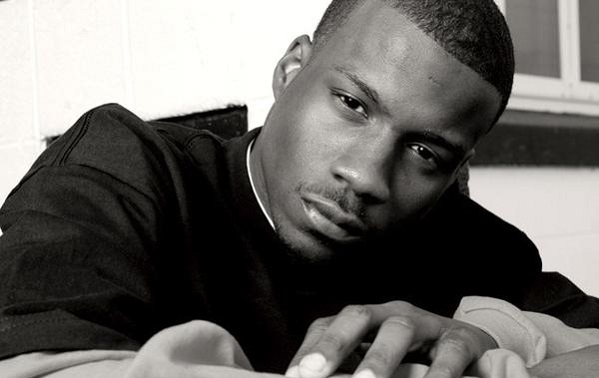 Jay Rock is a known Californian rapper who turned his life around by leaving the life of a criminal and becoming a rapper and a songwriter who pursued a career in hip-hop.

He is a good example of how you can actually improve your life and become the person you always wanted to be.

He was born as Johnny Reed McKenzie Jr. on March 31st, 1985 in a neighborhood of Los Angeles called Watts. He used to spend a lot of time with his family, but later on spent more time on the streets.

His family lived in the Nickerson Gardens projects, which is really an apartment complex with over one thousand flats. This is usually for families with a bad social situation.

The life there included everyday crime and hard work. He started to get involved into much trouble and was soon one of the most hated people on the block. He said that he never wanted it to be that way, but he eventually grew into it.

He was a young teen when he joined a street gang called Bounty Hunter Bloods. This gang originates from the Nickerson Gardens and was prior known as the “Green Jackets”.

He was a student at Locke High School but was never interested in education and was never a good pupil. He didn’t like school and he didn’t want to pursue his career, he was happy with the cash he was getting during the whole proccess.

He was even taken to jail twice because of his connections to Bounty Hunter Bloods Gang. This was a really devastating thing for his parents to hear and they were sad, but they knew that it all happened because of the situation they were in.

During all that time he made his lyrics and rhymes and became skilled in hip-hop. He joined Black Hippy, a hip-hop collective who also aimed at making them famous.

One day he was noticed by a man called Anthony “Top Dawg” Tiffith who was a CEO of his own record label named TDE (Top Dawg Entertainment). This was probably the breakthrough moment for him and he decided to spend more time doing music because he finally saw an opportunity to make it a whole career.

Anthony liked his sound and offered him help in making a serious hip hop career. Johnny decided to take Anthony’s offer and he soon signed his label and started working on his mixtapes.

Jay Rock has released his mixtapes all around his neighborhood and some were even released through the internet. This was a huge success and it was pretty easy to release music through internet because he had no fees to pay and he could start his career without investing too much cash.

He became known outside his neighborhood and due to this fact, he was able to get a record deal with a known record label named Asylum records. TDE helped him in this venture.

At the same time, he was in TDE, Kendrick Lamar was also in TDE. The two of them liked working together and they toured a lot together. The guest appeared on each other albums.

His first single came in 2008 and was titled “All My Life (In the Ghetto)” and was featured by Lil Wayne and will.i.am. The single was available as a free download on iTunes and was downloaded a lot.

In 2010, he appeared in the XXL’s issue as one of the Top 10 Freshmen Class which was a big honor for him since XXL was the most notable hip hop magazine and a creator of the scene.

MTV named him as one of the best MC’s of 2010 which was a huge success. His fanbase started to grow a lot really quickly and this is probably why he started to make meets and greets where he would talk to them.

He guest appeared on a song named “Hoodie” by Omarion who is one of the most popular rappers with over 3 million followers on his Instagram account.

In March 2010 his mixtape titled “Tales From the Hoodz” came to iTunes.

Three months later he released his new album on iTunes named “From the Hood to the Cover of XXL”. He spoke about his rise in the world of hip hop.

He started touring with 50 Cent on his “The invitation Tour”.  This was a huge success and working with such a big artist helped him boost his popularity, not only amongst fans, but also amongst people that are famous producers and could potentially give him a good oportunity for his upcoming next big single or album.

He had a disagreement with Warner Bros because they delayed the release of his album. That’s why he changed labels and turned to Strange Music founded by Tech N9ne in 1999.

After that, he started touring with the owner of the label Tech N9ne and rappers like Kendrick Lamar and E-40.

This was the “Independent Grind National Tour”.

In 2010 he released his mixtape before his album came out.

His second single was named “Hood Gone Love It” and it was featured by Kendrick Lamar.

This single was featured in a popular video game “Grand Theft Auto V”.

In the summer of 2011, his first album was released. It was titled “Follow Me Home” and was released by Top Dawg Ent. and Strange Music.

Sometime later he toured on Music Matters Tour in 2012, organized by BET.

It was considered as a big success since he was his only Black Hippy guest on the album.

He was featured on “Money Trees” single and his appearance gained great critics. He performed this song with Lamar on annual 2013 BET Hip Hop Awards.

His success gained him a nomination for Album of the Year by Kendrick Lamar and him on his single “Money Trees”.

In 2014 Jay Rock left his label Strange Music and chose Top Dawg Entertainment as his only label to work with.

He released his new single “Pay For It” in 2014 and it was featured by his friend and collaborator Kendrick Lamar.

He also appeared on Saturday Night Live Show, together with Lamar. The duo performed the single “Pay For It” and this was a good way for Styles P to become familiar to people who never heard of him.

At the beginning of 2018, he has released his new single titled “King’s Dead” where he collaborated with Kendrick Lamar again.

Future and James Blake also guest appeared on this album. Mike Will Made It was the producer of this song and the song became his leading single for his new album.

This song entered the US Billboard Hot 100 which was his very first time to enter this chart. This song was followed by another one named “Win”.

The album, third in a row, was released in the summer 2018 and was named “Redemption”.

It came three years after his 2nd album named “90059” and gained good critics.

“King’s Dead” and “Win” were both great successes and both were nominated for 2019 Grammy Awards in two different categories: Best Rap Performance and Best Rap Song category.

He finally received the one for “King’s Dead” in the Best Rap Performance Category.

He is very active on social media and had over half a million followers on his Instagram account.

He has two siblings with whom he is okay.

It was rumored that he was in a relationship with Kat Stacks but he lives to keep his private life hidden from the media.

Kat Stacks is a groupie who dated several stars, sometimes at the same time. After getting pregnant she stated that the father is either Jay Rock or Chopper.

Media speculate that it is really Bow Vow the father of her child.

He had dreams of becoming an NBA player in his childhood but eventually decided to take the mic in his hand.

He loves his mother very much and speaks highly of her. He stated that she always gave him good advice but sometimes he just didn’t listen. She is a very positive woman and has a big positive impact on him.

In 2016, Jay had a bad motorcycle accident from which he recovered well but it took a lot of time since he had many broken bones.

It seems that he broke his leg and shattered pelvis badly.

He had several surgeries and posted a photo of him in the hospital bed on his Instagram account.

He lives in a beautiful mansion and has a lavish lifestyle. He likes to drive his black jeep but often drives his silver Rolls Royce too.