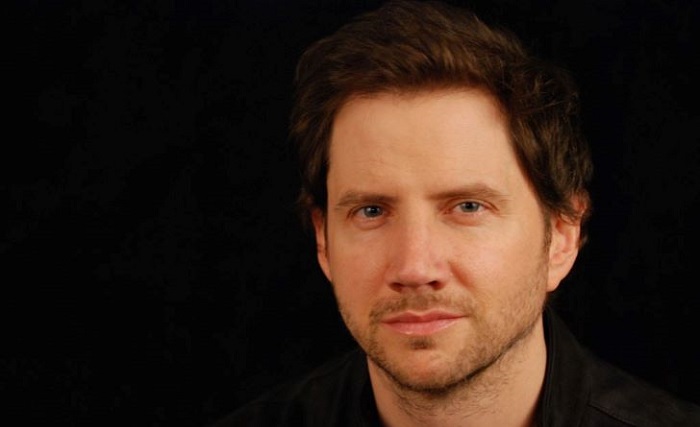 James Kennedy, commonly reffered to as Jamie is a very popular comedian, actor and a screenwriter hailing from the United States. He began his career in the United States, but fairly quickly became popular worldwide as well.

He became known for his role Randy Meeks in Scream and it’s sequels.

He is also pretty known by his The Jamie Kennedy Experiment, a reality TV show that airs on The WB. It’s a once-in-a-lifetime opportunity that he was very proud of.

Jamie was born on May 25,1970 in a place called Upper Darby which is located in Philadelphia, Pennsylvania, in the United States. His full name is James Harvey Kennedy. No one calls him by his full name, though.

He was raised in a Catholic family. He has 5 siblings, a brother, and four sisters, and he is the youngest of them. He said that being the youngest kid was fun because everyone always seemed to be interested in what he was doing and how he was acting out.

Jamie went to the Monsignor Bonner High School, an all-male catholic school in Philadelphia, and he graduated from it in 1988. He was never the type of guy to be too interested in education, but he did his best to make his parents proud.

After graduating he started working in Hollywood as an extra. While doing this job he exercised his voice impersonations he was good in to become even better.

This was very fun for him and he dreamt of creating a career where he could share those with people.

He enrolled the Delaware County Community College, where he took acting classes.

For this job as an extra, he had to move to Los Angeles and during his first night after talking to a waiter he realized that this will be hard for him and that he will have to have a job alongside being an extra for a while.

It was very hard for him to find an acting gig and he had to work long hours at Red Lobster. He was a host there.

He went on numerous auditions and tried to find work in commercials and advertising but couldn’t get any.

After this failure, he got a job as a telemarketer and found that he has a talent for selling things. That’s when he had an epiphany and realized that he could be his agent because he is so good at selling things.

After this he created agent Marty Power, a fake persona, so he could get attention from other agents and managers. He started representing himself.

His first role where he wasn’t an extra is the role of Elmo in 1994 in VR Troopers, a TV series. He was in the episode called Cybertron.

The same year he was a Hiccup Guy in California Dreams, a teen sitcom. This was fun because he met a lot of new people and got to hear their advice and ideas.

In 1995 he was in Unhappily Ever After as Stoney.

He was also in a sitcom titled Ellen where he played Tad.

In 1996 he was in Romeo + Juliet, where he starred alongside Leonardo DiCaprio and Claire Danes. He played the role of Sampson Montague, Romeo’s cousin.

In 1996 he was in Scream, a movie directed by Wes Craven. In it, he played Randy Meeks. This movie was a hit and he got a lot of attention from the public because of it.

In 1997 he was in a short film titled Coax where he played Jamie.

The same year he was in Bongwater, another comedy movie, where he played the role of Tommy.

He was also in an episode of Perversions of Science, a Sci-Fi series, as Spaceman John.

In 1997 he also did a sequel to scream, titled Scream 2 where he reprised his role as Randy Meeks. For this movie, he got the Blockbuster Entertainment Award in the category „Favorite Supporting Actor – Horror“.

In 1998 he was in Starstruck, a comed< drama, in which he played George Gordon Flynn.

He was also in The Pass’ where he was Deputy Jim Banks and in Enemy of the State where he played Jamie.

In 1999 he was in two movies, Bowfinger, where he was Dave, and Three Kings, which is actually a war movie, where he was Walter Wogaman.

In 2000 he was in Boiler Room, a crime drama, in which he played Adam.

The same year he was in Scream 3, the last movie of the Scream franchise. He got a cameo in it and reprised his role as Randy Meeks.

He also played Agent Blum in Bait that year, alongside Jamie Foxx.

In 2001 he voiced Buckley and Slacker Cats and a lot of characters in Dr. Dolittle 2.

He also made appearances in Jay and Silent Bob Strike Back, Strange Frequency, Pretty When You Cry, and other movies that year.

He started 2002 off with the role of Dwight in Bug, another comedy film.

That year he started a reality TV series called The Jamie Kennedy Experiment. This show aired until 2004 and has 61 episodes, all hosted by Jamie. He also formed a production company Wannabe Producers with his friend Josh so he could produce the show and some other projects he had.

In 2003 he had roles in Malibu’s Most Wanted, Sol Goode and King of the Hill.

Jamie Kennedy wrote the script for the movie he starred in named Malibu’s Most Wanted. It was in 2003 and he sang four songs in the movie.

In 2005 he was in Son of the mask, a superhero comedy movie. For this role, he was nominated for Golden Raspberry Award in the categories of „The Worst Actor2 and „The Worst Screen Couple“.

He also sang a song titled “Can’t Take My Eyes Off You” in the same movie.

He was also in Mind of Mencia that year with the role of Will Pillowbiter.

In 2007 he made appearances in Kickin’ It Old Skool, Living With Fran, Criminal Minds, and more.

In 2008 he was in an episode of Reaper as Ryan Milner, he was in Extreme Movie as Mateus and played in a couple of movies like Heckler as himself.

He also started appearing on Ghost Whisperer in 2008 as Eli James and did so until 2010. He was in 45 episodes of this show.

In 2009 he started voicing characters for Fanboy & Chum Chum and also The Cleveland Show.

In 2012 he did movies like Bending the Rules where he plays Theo Gold, Gold Deeds, Lost & Found in Armenia.

In 2014 he was in The Hungover games as Justmitch, in The After as David, in Bermuda Tentacles, Kingdom, and many more movies.

In 2015 he was in Buddy Hutchins as Buddy, in Other Plans, The Sand.

In 2016 he was in 8 episodes of Heartbeat where she played Dr. Callahan.

He gave his voice to a character in a dozen episodes of Legends of Chamberlain Heights. It was through 2016 and 2017.

In 2018 he starred in Surviving the Wild as Kristopher and was in Spinning Man.

He is an author of a book which he named “Wannabe: A Hollywood Experiment” where he talked about his career and how he got here.

He has a youtube channel on which he posts clips of his stand-up shows.

He had appeared in several commercials: from 2003 commercial for Coors Light to Carl’s Jalapeno Turkey Burger in 2015.

He was also hired by the State of California to advertise tourism. He did it in a commercial alongside former Governor of California Arnold Schwarzenegger.

He was involved in a controversy when he performed drunk at the E3 2007 event. He was so drunk that he started insulting the audience.

We don’t know a lot about his personal life but we know that he has dated a lot of women in the past. This is something that has gone around a lot in the media.

In the 90’s he was with Christa Denton, an actress, but that relationship didn’t last very long. She is known for her roles in movies such as “The Gate” and “Not My Kid”.

After that, he dated Christa Campbell until 2003. Christa is a known actress and producer who gained fame through her movies “The Mechanic”, “2001 Maniac”, “Drive Angry “, and more. She also owns a production house together with Lati Grobman.

In 2007 he started dating Heidi Mueller but they broke up in 2008. Heidi is very popular in America as one of the actors in a soap opera called “Passions”.

He dated Jennifer Love Hewitt from 2009 to 2010. She is known for her role in Ghost Whisperer and her commitment to work.

After this relationship, he was spotted with an actress Nicolle Radzivil in 2011. This actress is known for her roles in “Criminal Minds in 2005 and “Sugar and Toys” from 2019.

In 2014 he dated Rita Volk, but it didn’t last very long. This actress, who became known for her role as Amy in a popular series “Faking It”.