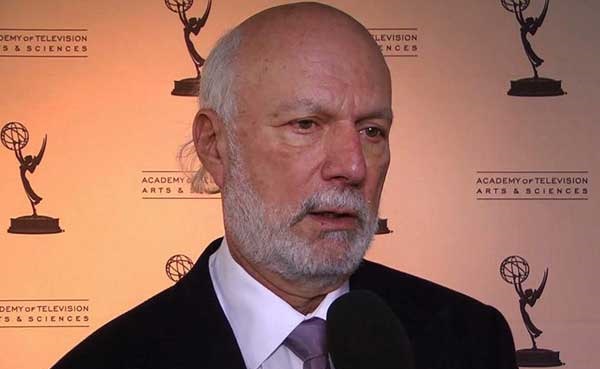 James Burrows, often called Jim Burrows, is a very known American director whose main line of work was based on television. He is well known in America and gained some international fame later on as well.

He is very proud to have achieved something not many TV directors can brag about: he directed more than 50 pilot series.

It is very interesting for him to develop stories and find many connections within the story and the characters.

He also became known as one of the creators of world-popular TV series: „Cheers“.

One of his biggest career achievements was a series called “Friends” which became the most popular series in the world.

He was born as James Edward Burrows in Los Angeles, California, on the date of 30th December 1940.

James is one of two children born into a Jewish family consisted of his father Abe and his mother Ruth.

He was brought up in one of the suburbs of Los Angeles where he spent most of his early childhood playing with his sister Laurie and their friends.

Since he showed a huge interest in music and arts, his parents decided to enroll him in that kind of school.

The whole family relocated to New York and James started going to Music & Arts High School located in that city.

As time passed by he showed a huge interest in everything regarding television and he became a student at Oberlin College.

Oberlin College is one of the top-ranking arts colleges combined with music conservatory. After he graduated from this college he also graduated from a program which was held at the Yale School of Drama.

After finishing all these educational programs he came home to California because his father Abe, who was a known director and a writer gave him a job on one of „OK Crackerby!“

His next workplace was the one of assistant stage manager on a special adaption of a popular novel „Breakfast at Tiffany’s“ titled „Holly Golightly“.

This play production turned out to be a flop but it was a good job experience for Jim.

He also learned a lot by working with the main star of this play: Mary Tyler Moore and he became good friends with her which brought him a good job opportunity later.

He was always a very friendly guy and wanted to be connected with everyone. This lead to some of his biggest successes – his next projects.

Jim also had several other projects from his early days: Cactus Flower and Forty Carats. After working as a stage manager for a while he decided to turn to direct plays because he was especially interested in it.

He started working at directing traveling plays and others. But he was very ambitious and wanted to move away from the theatre so he contacted Grant Tinker.

Grant is a husband of Mary Tyler Moore with whom James once collaborated. H wrote a letter to Mary’s husband in which he asked for a job at MTM Enterprises.

It was a production company owned by Tinker and his wife. In 1974 Burrows was officially hired as a director of their branch company’s TMT Enterprises.

Through his career James became known for several changes he incorporated in his shootings: he increased the number of cameras from three to four and he was very focused on the scene lightning turning it to more sophisticated. Burrows became known for his great comic thing which led to more success in comedy series.

During the 70’s he directed various TV shows like „Rhoda“, „Laverne & Shirley“, „The Ted Knight Show“ and more. These were slowly getting big and many people got to know James after a while.

During the 80’s he was involved in making and directing a lot of popular series like „Dear John“ and „The Hogan Family“.

In the 1990’s he worked on „Frasier“, „Dharma & Greg“, „Will & Grace“, „3rd Rock from the Sun“ and many more popular sitcoms which eventually became planetary popular.

During the 200s he directed TV series like „Two and a Half Men“, „The Big Bang Theory“, „The Class“, „Hank“ and many more. These were some of the most famous series of the time, which was all a sign of his success and wealth.

In the first decade of the 2nd millennium, he worked on series which earned a lot of awards. „Mike & Molly“, „2 Broke Girls“ and „The Millers“ are just some of them. Almost every person on Earth knows at least a few shows that James had created over time.

James also broke some records as a director: he directed all the episodes of a world popular TV series called „Will & Grace“. It was in a period of 8 years.

In 2015 he came to his 100th episode of TV series and it was while directing „Crowded“ for NBC. This achievement was awarded by NBC too. They aired a special tribute series in his honor.

It was named „Must See TV: An All-Star Tribute to James Burrow“. The show was filled with reunions of casts from his biggest series like „Cheers“, „Frasier“, „The Big Bang Theory“ and more.

He said that this was way out of his comfort zone at the time and he wanted to grow and move further in his career, so that’s why he did it.

In 2005, he again appeared as a director in „The Comeback“ series aired on HBO. In this series, he played himself. Due to the great work he had received many awards and was nominated twice as more.

He gained 10 Emmy Awards which is something highly appreciated in the world of television. James also received several Directors Guild of America Awards.

Burrows was married once before his current marriage to Debbie Easton. She is a hairstylist and they live together in Manhattan. They are very connected because they have been each other’s supporters for a long time.

His first wife is Linda Soloman whom he married in July 1981. James and Linda had three children together,  all daughters, and a stepdaughter too. They decided to divorce ten years after, which eventually happened in 1993.

At the time, he was very interested in her and said that he is absolutely in love with her.

They connected immediately and spent quite a few dates together in the public.

Debbie is extremely skilled at her work and in 1995 she had received a special award for it. She was nominated for a Daytime Emmy Award for Outstanding Achievement in Hairstyling.

The most famous Burrows’ daughter is Ellie Burrows Gluck who also started her career in entertainment. He is very connected to his daughter and he says that he believes in her career.

Ellie became working as an executive producer in the movie business and she did it for years.

She quickly realized there is a massive lack of good communication and interpersonal relations so she decided to turn her career in that direction.

That is the reason she became a co-founder of a meditation company named MNDFL.

The base of the company is in New York and it started working in 2014. The company works with great success.