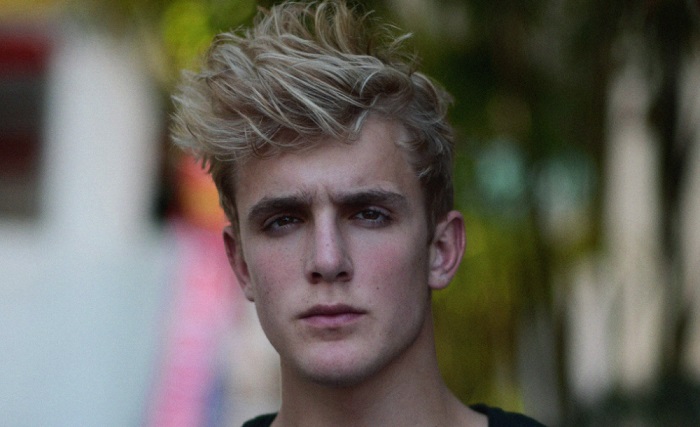 Jake Paul is an American teenage social media star, actor and model who made instant fame through his viral comedic six-second videos on former popular network Vine. His YouTube channel following is getting larger at a greater rate than almost any other large YouTuber’s, even the number one YouTuber PewDiePie.

Jake became popular alongside his brother Logan Paul, since they made the Vine videos together. Now both brothers make millions off their social networks. Read on about how Jake made it, his net worth and other interesting facts.

Jake Paul was born on the 17th of January 1997 in Cleveland, Ohio. He went to Westlake High School where he played football and even started a career as a competitive wrestler. Being quite an athletic young man he even underwent training to become a Navy Seal.

Another hobby of Paul’s was making funny videos with his brother, which he started doing at the age of 10. By the time he was 16 and started up his Vine profile, Paul was already an experienced jokester.

Jake Paul began posting on Vine in September 2013. The site was specialized for short form videos and it let users uploads six seconds of material, but it was very popular with more than 200 million users in a year. Eventually its greatest rival Twitter bought Vine out and shut it down.

By then Jake Paul had more than five million followers on Vine, but was also publishing his comedy videos on other social media where he accumulated millions of followers.

As of the end of June 2017 Paul has a total of more than 23 million followers on social media: 8.6 million on YouTube, 7.9 million on Instagram, 5.2 million on Facebook and 1.5 on Twitter. Within less than one year his YouTube channel gained five million followers. He now runs three channels under his own name.

Jake is very passionate about his videos and moves limits to make them more interesting. He often takes risks with stunts (like jumping over a car) and has hurt himself during the filming several times. One of his most viral videos is of Jake streaking through Times Square.

Paul was nominated for a “Shorty Award” in Vine Stars category. He collaborated on Vine videos with big names like Pepsi, HBO and Virgin Mobile.

Jake is also a successful actor and the first social media celebrity cast on a regular series of Disney Channel. He played the lead role in comedy series ‘Bizaardvark’. He also acted in the YouTube Red comedy drama film “Dance Camp” and in Fox Digital Studios comedy “Mono”.

Paul launched his own company in January 2017 called “TeamDom”, a marketing management agency aiming to promote online entertainment for teenagers and offer services to social media stars. The business was funded by such entertainment companies as “Sound Ventures” and “A Grade” and started off with $1 million in financing.

Jake Paul’s parents are called Greg Paul and Pam Stepnick, and he has two brothers Logan and Roman. Logan Paul is also a social media star with a net worth of $3 million. He also became famous on Vine where he had 9.4 million followers.

Jake used to date Alissa Violet, also a Vine Star and a member of his Team 10, for about a year and a half until February 2017, when they broke up, allegedly because Jake cheated. Although Jake is currently going as single, he is often rumored to be involved with beautiful girls.

He lives with a group of his young colleagues and friends who are also social media stars in a mansion in West Hollywood, California. The group is known as “Team 10” and they collaborate on video projects. They have their own personal social pages but also appear together as Team 10. The team has 12 members of which Jake Paul is the most successful.

Awards: Nominated for a “Shorty Award” in Vine Stars category

Jake Paul’s estimated net worth is $2 million as of Apr 2017. The majority of his income comes from ad revenue and merchandise sales.

He recently launched his own business. With his increasing popularity there is no doubt his earnings are soon to grow even more.

In January 2017 Paul made news headlines when he pulled down a stunt at the White house and filmed it all. After attending an event at The White House, Jake hid in the bathroom of the Eisenhower Executive Office Building in Washington DC for several hours and afterwards left unseen early in the morning. He was questioned by the Secret Service because of it.

In the movie industry Jake Paul is nicknamed “One Take Jake” because he manages to film difficult scenes in one take. He took professional classes in Los Angeles to improve on his acting.

Paul was a co-writer for a comedy movie “Airplane Mode”, that is due to be released by the end of 2017, where he also plays himself.

Jake has published a book about his rise to stardom titled “You Gotta Want It”. The book came out in October 2016 and it reveals the funniest and the most intimate details of Jake’s life.

Jake drives several expensive vehicles, one of which is a customized Ford Focus RS. He also owns a truck and has set his eye on a Lamborghini or a Ferrari.

Jake is quite a sports type. He goes to gym regularly and keeps in good shape. As a teenager he ranked fifth at a state wrestling tournament. Jake also loves hiking and dreams of going on a world expedition one day.

Jake Paul is an American teenage social media star, actor and model who made instant fame through his viral comedic Vine videos.

After Vine was shut down, Paul quickly adapted and transferred his creativity to other social media, conquering millions of fans on different platforms and accumulating a collective amount of more than 23 million followers on several platforms.

Paul was nominated for a ‘Shorty Award’ in Vine Stars category. He started his own marketing management company, published a memoir book at the age of only 19 and managed to sum up a net worth of $2 million and rising.

His YouTube channel following is getting larger at a greater rate than almost any other large YouTuber.

He is very passionate about his videos and makes memorable stunts and gags. He made a video of himself streaking through Times Square and even pulled a prank on The White House security, when he managed to spend several hours hiding in the bathroom of the Eisenhower Executive Office Building.