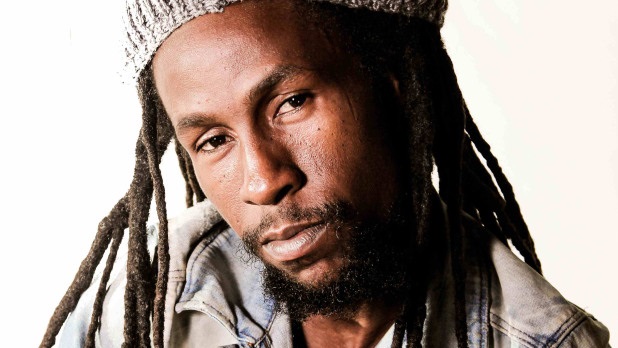 He is often described aa the king of Love Rock and a fan of Reggae Roots.

He is a very huge fan of anything connected to the Rastafarian movement.

He was born as Siccature Alcock on October 11, 1978, in Hanover parish located on the northwest of the island. He said that he loves his real name, but he had to change it to remain popular.

Kingston is the biggest Jamaican town which is also the capital of Jamaica and is located in the south of the Island. This gave this artist and opportunity to meet a lot of people.

He was interested in music from an early age. He said that it was a perfect getaway for him, especially since he always thought about these things as a sign of relief.

Siccature was always where the music was and he often sneaked out of the house to see what is going on in the dancehalls, shows or other events.

He admired Bob Marley, Beres Hammond, Black Uhuru and many more and he saw himself in the position of a great reggae singer. He was just a boy of 11 when Little Melody was chosen to be his stage name.

Little Melody performed in school and at various community events. It was a pretty good start for someone who wants to head in a professional direction in the future.

While being in school he often joked about his name Siccature which a lot of children and teachers could not pronounce. It was fun for him but he mostly asked to just be called Sicca.

He was named Siccature Alcock by his father who made a combination of names from the president of Guinea whose name was Seko Toure. His father was a passionate reader and he named all his siblings by proper African names.

He entered the community singing contest when he was a kid and after winning it he knew that he would like to become a singer and improve his life and life of his family for the better.

His prize for winning this competition was a fruit basket and a whole day in a hotel which was something he never experienced before.

This was a great motivation for him since he knew that he could live a much cozier life.

At the age of 15 Little Melody relocated to Kingston, the capital of Jamaica, where he met his new friends and artist Capleton and Sizzla, and later even Jah Mason.

The guys didn’t like the sound of his stage name so he became Jah Cure.

They used the word Cure for his name because in that period Siccature waa very healthy and turned to nature.

He was 19 years old when he released his big hit named “King in this Jungle” which opened new opportunities in making music.

The song was made as a duet with another reggae musician called Sizzla. The single was released by Ghetto Life in 2003.

The producer of this song is named Beres Hammond and he recognized Siccature’s talent so he decided to mentor him. Beres is also a reggae singer and he knew that Jah Cure was a promising musician.

Jah Cure and Beres produced several singles together which became hits after the release. Beres Hammond took his mentoring serious so he also took Jah Cure to his European tour.

Beres Hammond toured with the Harmony House Family around the Carribean too so Jah Cure joined him there.

Soon after he became known he was arrested for serious charges of rape, robbery and holding a gun without a permit. Many fans decided not to follow him along anymore and he lost quite a few friends as well.

In the spring of 1999, he was prosecuted and received a guilty verdict. He gained a sentence of 15 years and was took to prison. Because of everything that happened, his career had to be put on hold at the moment.

He was transferred from one prison to another because the new one had a recording studio made for the inmates and their use.

It seems that this type of studio helped in their rehabilitation and the violence in prison was falling down after the studio was built.

This allowed Jah Cure to release his albums even from prison. He said that music was the only thing keeping him going at that point.

The first one was named “Free Jah’s Cure The Album the Truth” from 2000. The 2nd album Jah released from prison was named “Ghetto Life” and it was featured by Sizzla and Jah Mason.

In 2007, after spending 8 years in prison, he was released on parole. That was very important for him because of his new album “True Reflections… A New Beginning” was scheduled for release just a couple of days after his release from the prison.

Although it doesn’t seem that way but his time in. the prison was great for his career because a lot of people reasoned that he was wrongfully accused and he himself always claimed that he was innocent.

He was the headline performer at the Reggae Sundance Festival in the summer of the same year which took place in the Netherlands. Thousands of people came to see him after his release from prison.

“True Reflections” album was featured by the gentleman and Fantan Mojah and released by VP Records. He was in love with the new work he was doing and he said that he never felt more true to himself.

In 2009 he had released his new album called “The Universal Cure” and it’s lead single was “Hot Long Time” feat. Junior Reid, Mavado, and Flo Rida. This was his 5th album but the first recorded out of prison in a long time.

In 2010 he had released a new single called “Unconditional Love” which was made in collaboration with Phyllisia.

It was followed by his new single “Like I See It”. Which was featured by Mavado and Rick Ross and was the announcement of his new album titled “World Cry”.

In 2012 he had released his 6th album which was released digitally in December but physically in January 2013.

In 2015 he released his top hit album “The Cure” which stayed No.1 of the Billboard Reggae Albums Chart for weeks. This album was also nominated for the Best Reggae Album of the Year in 2016 Grammy Awards.

He had invested his own money into creating his own record label called Iyah Cure Music and became the produced of many other albums.

In the summer of 2019, Jah has released an album named “Royal Soldier” with hits like “Marijuana” and “Telephone Love”. A lot of artists were featured on this album, including Mya, Tory Lanez and Junior Reid.

As for his personal life, he got married to a woman named Kamila McDonald in the summer of 2011.

She is a former Miss Jamaica contestant and a TV personality. She is also a vegan and she promotes healthy living on her Instagram account where she has over $200 k followers.

She uploads her meals, exercise, and children’s photos. She adores them.

They got married in a small and private ceremony at Tryall Club in Hanover and were traditionally dressed for it.

She is a very popular TV host and a great producer. They have a daughter named Kailani Belle together.

They both know how important their children are to grow up in a healthy environment.

Jah Cure doesn’t drink at parties much because he gets drunk easily. He has to really think about all of these things now because if he is charged with anything, he may be facing a really long prison session.

When asked with which three people he would want to have dinner he chose three ladies: Beyonce, Alicia Keys, and Keisha Cole. Many laughed at him and said that none of them would go out with him. As for his favorite sport, he especially likes football.

He has an iPod and most of the music on it is pop music and R&B.