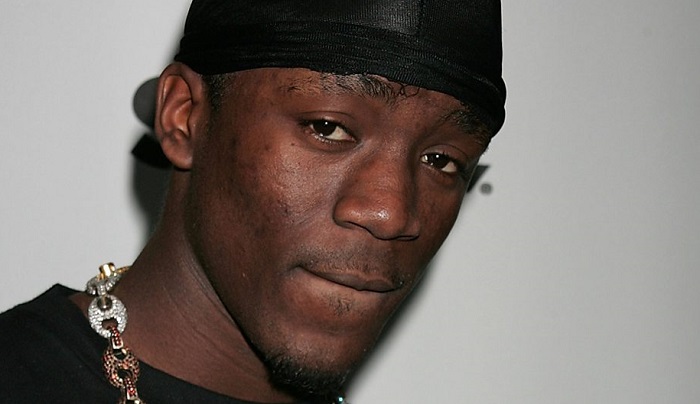 Iyaz is the stage name of a singer and songwriter Keidran Jones who comes from the British Virgin Islands and has proven himself as a great entrepreneur.

He collaborated with many known celebrities and has been a part of Hannah Montana series both singer and actor.

He grew up as Keidran Jones on the largest island amongst the British Virgin Islands named Tortola.

But not many people know that he has US citizenship since he was born in the U.S. Virgin Islands on April 15th in 1987.

He grew up listening to the native music of the islands called Fungi. Ukulele and guitars are the main instruments for Fungi and if somebody wanted to explain it he would probably compare it to reggae music.

But he was influenced mostly by reggae because his dad was a huge Bob Marley fan. His dad used to listen to Kirk Franklin and gospel a lot so those were the first artists Keidran learned about.

His father was very proud because he had all Bob Marley’s albums, even the special editions with several albums included.

After finishing high school he enrolled in the New England Institute of Technology in order to gain himself a degree in the same field.

In 2007 he was a student there but his sister and his father were also students at the same university.

When later asked about it he said that it was a little bit strange to have his father as a college student but he claimed that they never studied together.

They even shared some same classes then. Since he was very interested in music from an early age and his family had some very talented members, he turned to music when he was a teenager.

That is how he got discovered by Out Da Box Family with whom he worked on the hit „Island Girl“.

This single gained a lot of radio space in the Carribean and surrounding area.

In 2008, a known Jamaican-American singer and rapper discovered him through his page on MySpace. His name was Sean Kingston.

Iyaz even toured with Sean Kingston and Justin Bieber afterward and it was a great experience for him.

After he made a research about him he decided to sign Iyaz to Time is Money Record Label and a while after he was introduced to J.R.Rotem, the CEO of Beluga Heights.

The producers decided to give him a chance so he released his song „Replay“ in 2009.

He had written “Replay” with a group hailing from his island called Rock City.

This love song is made after a true story. It is about his relationship with a girl. The other two following songs are also about the same girl but by the time “Big Solo” was released they weren’t together anymore.

The song became a hit and it entered the Billboard Hot 100 chart. It became very popular in the United Kingdom.

“Replay” peaked at No.1 in the United Kingdom and some other countries and was No.2 on the Billboard charts.

In February the same year, his 2nd single got released under the title „Solo“. His good friend August helped him write the song.

It also went high on the Billboard Chart, rising to the first 30% of songs on the chart.

“So Big” is the name of the 3rd single from this album and it also became a hit and its also a love song.

Iyaz was also involved in working on a charity single called „We are the World 25 for Haiti“.

He was included amongst known rap artists such as Snoop Dogg, Busta Rymes, and Kanye West. He was very proud to be one of the artists invited to record this song after the great Haitian earthquake.

In 2010 his 1st studio album called „Replay“ was released and it was completely produced by J.R.Rotem.

He is a producer and an owner of Beluga Heights production house and has collaborated with many artists such as Usher, Destiny’s Child, Rihanna, Ne-Yo and more.

It went up to No.8 on the UK R&B Album chart and peaked at 22 on the Japanese Albums chart.

A known Filipino artist called Charice invited him to collaborate on his single „Pyramid“. Charice changed his name to Jake Zyrus later.

Iyaz is known as a perfectionist and was often working long hours to make the song just the way he wants. He says that it’s very important for him to get the exact vibe that he made up in his head.

Iyaz collaborated with Miley Cyrus on her single „Gonna Get This” which was released in 2010 and was an opening song of a new season of her popular series Hannah Montana.

In 2011 he joined Big Time Rush on their song „If I Ruled the World“. David Guetta produced his single „Last Forever“:

He also appeared on „Break My Bank“ made by a hip-hop duo New Boyz. He was also featured on a single „My Girl“ by Akon.

„You’re My Only Shorty“ is the name of Demi Lovato’s single from 2011 in which he appeared as a guest. The song was produced by Rock Mafia.

Also in 2011, he was featured on Mann’s single „The Mack“, alongside Snoop Dogg.

He released a single „Pretty Girls“ together with Travie McCoy and it was followed by a song „My Heart Broke“.

He also made a song in collaboration with Sha Sha Jones called „Christmas Time“ which was released through YouTube.

In 2013 he decided to change his record label so he signed a contract with Rekless Music, an independent label from L.A.

In 2013 he re-released his Island Girl hit. It was featured by Diction Shottah. This hit did very well and he was proud and happy to move on.

In 2014 he also released two covers of his SoundCloud account; one of Chris Brown’s songs and the other was a single named „Rude” performed by Magic!.

Magic! is the name of a  Canadian band who base their music on a reggae fusion. They have become really famous for their single “Rude” but many people did not stick around after that.

The band is located in Toronto in Ontario.

By the end of December 2014, he had released his song One Million on iTunes but the first release was on Japanese iTunes since he was very popular there.

His lead single named Aurora, which comes from his new album was also first released in Japan.

The second single of the album was named „Alive“ and was made in collaboration with Nash Overstreet, a lead guitarist of Hot Chelle Rae rock band.

Nash is also the back vocal in the group. The video for this song was first released on MTV in September 2015.

In 2017 he was featured on Bone Thugs-n-Harmony song titled „Bad Dream“ which was released on Bone’s 10th album named New Waves.

Iyaz has huge respect for Kara DioGuardi, a known singer and a former judge on the American Idol Show who walked the Grammy red carpet with him.

He said that she was a huge help for him and always answered all of his questions no matter how busy she was. He appreciated her very much and wished that they would have spent more time together.

After he was on the 2010 Grammy event he joined the party following it and was very honored to meet Jon Bon Jovi, Rihanna, and many more famous artists.

Although many find it strange but he likes all Disney series and cartoons so he liked to watch Hannah Montana and The Suite Life on Deck.

When asked about how did he come up with his stage name Iyaz he replied that it is the name of his godfather.

He was a very important man, the head of the family and always in charge so others started calling Kendra “Mini Iyaz”.

When he grew up he became Iyaz, without Mini.

As for his personal life and family, he is very close to all of his family members. He says that they keep him down to earth and that matters a lot to him.

His while family sings great, especially his sisters and parents. His mum was a choir director so it is no wonder that he joined a school for music engineering.

He never finished his college education but is planning to gain his bachelor’s degree in the near future.

He grew up listening to the music of superstar slike Bob Marley, Aretha Franklin and a lot of gospel music since the family sang in the church choir.

He is a big fan of Green Day and would like to collaborate with them. He said that they have been a big inspiration for his and he spent a lot of time in his childhood listening to them.

He tours a lot but hasn’t released an album in the recent past although he spoke about releasing two albums is 2018 and 2019.