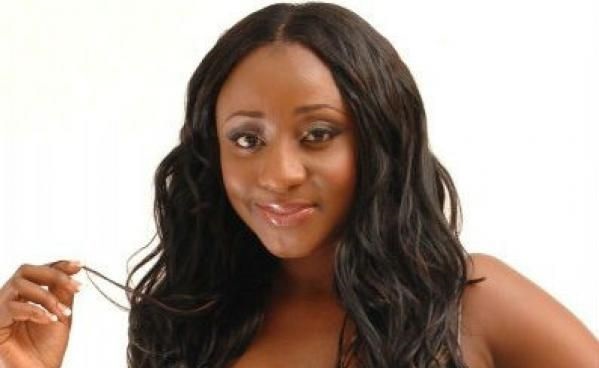 If you ever watched a Nigerian movie before, you have probably seen he actress we are going to talk about today.

Her name is Ini Edo and she is one of the most famous actresses in Nigeria.

Her movies are everywhere and her career has a substantial number of Nollywood feature films and series.

In today’s text we are going to talk about her personal life, her career and her biography in general, so stick with us if you want to find out more about this talented actress.

Iniobong Edo Ekim was born on April 23rd 1982 in Akwa Ibom in Nigeria. She lived her whole childhood in southern part of Nigeria, that is not far from Calabar.

Her parents were quite strict, and unlike other children, she couldn’t do whatever she wanted. She was the second of four children in her family, and there were three sisters and one brother more.

As a child, she went to the Cornelius Connely College in Uyo.

In school, she had pretty good grades and her parents knew she is going to make a huge success in her future. Ini went to the University of Uyo where she got degree in Theatre Arts.

From an early age, she was in love with acting and singing, and she would constantly entertain others in her presence with various improvisations.

Everyone knew she is going to make a big success when she grows up, so she definitely decided to enroll into the Theatre arts and become an actress one day.

She also got her degree in English language from the University of Calabar. If two diplomas weren’t enough, she also got a scholarship to study law at the National Open University of Nigeria.

This talented young woman definitely gave the maximum of her abilities to educate herself and all of the diplomas she got came in handy afterwards in life. There aren’t any more information about her early childhood and earlier years, so we are going to continue on to her career path to see how she managed to reach the level of success she did.

Even though she graduated from University a while back, her first major role was in the Thick Madam in 2003. She went to many auditions before that one, but the producer noticed her during the audition for Thick Madam and decided to choose her for the role.

In 204, she got a major role in a movie called World Apart and after that period she appeared in more than 100 movies with various themes and in various genres. Ini is definitely one of the highest paid and most sought after actresses in Nollywood, so her career can only grow larger in the future.

She starts working on Nigerian state television where she presents variety shows as well as mainstream shows.

After presenting programs for several years she decided to branch off to the cinema. She gets her first role and recognition with the TV series “Need to know”. She has also participated in script writing, directed and performed in “Aja Motta” (2008), “Aja Motta (2)” (2008) and “Moani” (2011).

Ini’s net worth is estimated at around 1.2 $ million. She has managed to create a successful career in such a short period of time, but she will definitely continue to create more successful movies and series in the following period.

Besides being a successful actress, she is also a successful business woman- she has many endorsements and companies supporting her and backing her up in her projects. Being a young actress, she will probably have much more to offer to her fans and supporters, so there is no doubt she will soon come up with something exciting.

Akindele Olufunke Ayatunde aka Funke Akindele was born on August 24, 1976 in Ikeradu, Lagos State, Nigeria. This Nigerian actress and producer won the African Movie Award for Best Actress in 2008. Funke Akindele has a postgraduate degree and an MDG in Communications from Ogun State Polytechnic University and a law degree from the University of Lagos.

Everyone knew she is going to make a big success when she grows up, so she definitely decided to enroll into the Theatre arts and become an actress one day.

She also got her degree in English language from the University of Calabar. If two diplomas weren’t enough, she also got a scholarship to study law at the National Open University of Nigeria.

Nollywood’s Nigerian actress, Ini Edo, is back on the cause that led to her divorce from Phillip Ehiagwina, the one to call her ex-husband.

Returning to this case that regularly comes back to the front page of some newspapers and a topic of debate on social networks, Ini Edo said she has never cheated on her husband. It has developed the existence of irreconcilable positions and a certain tendency to harm its image.

On the main reason for the divorce, there is a problem of lack of children in the couple after their marriage in November 2008.

According to a source close to Ini Edo, the expectation of a child became a pressure that fell on the actress on behalf of her husband but also on the part of members of his in-laws.

In view of the main reason for the divorce of Ini Edo, it is important to emphasize that in some traditions in Nigeria, as in some African countries, the child is the result of all union and union between a man and a childless woman is not viable.

Her foray in Nollywood started throughout a college strike once she went with a devotee to an audition. She got the role within the film ‘Child of Destiny’. but her flight role came once she acted within the film, ‘World Apart’(2004) and since then she has not looked back, happening to act in additional than one hundred films like ‘Games girls Play’ Games Men Play and also the sequel ‘Reloaded’.

Ini opened a replacement chapter in her career once she government created a soon-to-be-released film, ‘Memories of my Heart’. In recognition of her contribution to the film creating in African nation, she was created a Glo Ambassador by the telecommunication large Globacom. She is additionally recently signed a deal to be the Face of Chivita, the popular juice makers. Ini is married to Duke of Edinburgh Ehiagwina and loves reading novels, look films and dance in her spare time.

Edo was born on Gregorian calendar month nineteen, 1982, in Calabar, Cross stream State, African nation in Africa. She is at the age of thirty seven years previous as of 2019.

Edo features a ‘twin sister ‘known as Esther Urrah UN agency has different folks and clearly she was born in another state. Whereas actor Ini Edo is from Onna government space in Akwa Ibom State, South-South African nation, her supposed twin sister is from Benue State.

Besides being a successful actress, she is also a successful business woman- she has many endorsements and companies supporting her and backing her up in her projects. Being a young actress, she will probably have much more to offer to her fans and supporters, so there is no doubt she will soon come up with something exciting.

All of these brands combined give her a substantial amount of money and increase her net worth by a significant sum.

If she continues to be as successful as she is right now, we can expect a lot more exciting things to come from this talented actress.