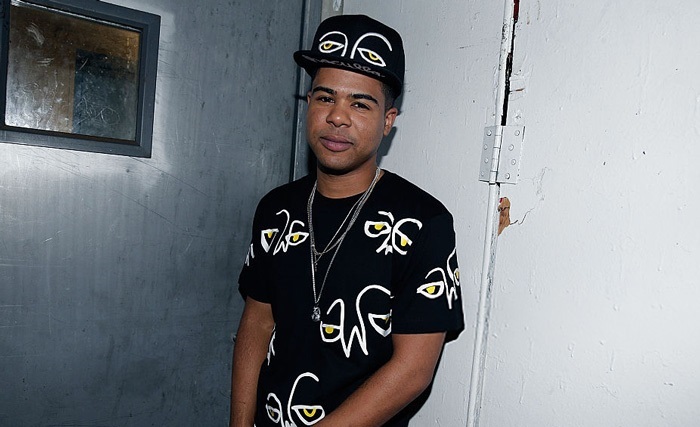 Makonnen Sheran is a rapper and a singer from America known mostly by his stage name iLoveMakonnen.

He came to fame in 2014 after a mega-popular rapper Drake released a remix of his song called „Tuesday”.

He was born on April 12th of 1989 in Los Angeles in California, United States. His parents name him after the birth name of Haile Selassie I which is Tafari Makonnen Woldemikael.

He was raised to immigrants. His father is from Belize and worked as an electrician and his mother worked in beauty business all of her life.

Makonnen stated in an interview that he is mixed with Chinese, African American, along with Indian, Irish and German heritage.

Although he grew up in Los Angeles, he and his family moved to Atlanta when he was 13 because his parents divorced and he also saw the death of one of his high school friends which were pretty traumatic for him.

His grandma influenced him a lot. She was an opera singer.

He was a student at the North Clayton High School where he had very good grades.

He had a huge shock in his youth when he accidentally shot his friend while moving his weapon from his lap. This ended by him being sentenced for a five-year conviction because of it. It was a probation sentence.

Makonnen started his career by uploading his songs to MySpace. There he met other artists like Adele, for example. He also had his own blog where he was posting various interviews with celebrities like Soulja Boy and Lil B.

After the shooting, he got into a cosmetology school and joined a group, Phantom Posse.

In 2012 he met a famous producer from Atlanta called Mile Will Made It and he started working with him. Because Mike was so busy they couldn’t meet a lot and separated at the end.

In 2014, Already mentioned producer Mike Will Made It brought Makonnen to his DTP studios. There he performed for a producer Metro Boomin who liked him a lot and continued working with him.

They recorded six tracks together. After that Metro Boomin brought other producers, Sonny Digital along with 808 Mafia to listen to him.

They were impressed by Makonnen. He and Sonny Digital recorded a track „Don’t Sell Molly No More“ which started his career in music.

The label also connected him to other artists such as DJ Spinz and also Cammy Recklezz.

He soon released a lot of singles like „Sneaky Lady“ and “Living on the Southside”.

He was also on a mixtape by Mike Will titled Ransom.

In 2014 he released an EP called „iLoveMakonnen“. His previous singles like “I Don’t Sell Molly No More” and „Tuesday” were featured on it.

A pop star Miley Cyrus shared this EP on her Instagram, which gave him a lot of promos.

In August of 2014, Vice talked about his track „Whip It” in the Staff Picks and they were pretty impressed with his voice.

At that time Drake reached him too. It was after he heard “Club Goin’ Up on a Tuesday”. He asked Sonny Digital if he could remix the song on which they agreed on.

Only two days after Makonnen sent him te beat Drake released a remix of this song which surprised Makonnen a lot. His remix was titled only „Tuesday“ and gave Makonnen a lot of promotion.

In August Makonnen was also featured by XXL. It was in their The Come Up section where they put artists on the rise in hope to make them more known.

Makonne talked about how his goal isn’t to sign a huge label but to go touring and make his music independently. He thinks labels are too restrictive.

In September the same year, Makone signed to a new label. It was Drakes OVO Sound label by Warner Bros. Records.

In 2015 he talked about the fact that his label delayed his tracks from I LOVE MAKONNEN 2 from release.

Some of them, like „Second Chance” was over in January of 2015 and should’ve been released in the summer but were released in November when Makonnen self-released them.

He stated how he wanted „Second Chance” to be a summer song everyone can listen to and that it was too late to release it in November.

Makonnen also didn’t like how his singles „Teach Me How To Whip It“ and another single “No M’aam” were prevented from playing on the radio stations.

He also stated how he and Drake are still in good relations and there’s no drama involved.

He also likes to talk about the music industry and in general the music scene. He said that there isn’t as much money in it anymore and how everyone keeps pretending.

In February of 2016, it was also said that he will be a part of a „WANGSQUAD” TEAM FOR AND Alexander Wang Campaign. Some of the other musicians who were in it are Vic Mensa and Travis Scott.

In April of 2016, Makonnen got out of Drake’s label called OVO Sound. He said that he did it because he wanted to be on Warner Bros. Records only.

He also said that he was threatened by Drake and many other from OVO Sound label for him wanting to leave.

In May of 2016, Makonnen stated that he wants to retire for a while and try to start his acting career. Although he said that he soon had a new song released and has confirmed new projects coming.

In the summer of 2017, he was working with a famous rapper Lil Peep in London on their collaborative album. It was delayed after Lil Peep’s tragic death. People expect it to be released by Warner Bros. Label but the date isn’t known yet.

In August of 2018, Makkonen announced a new single. It was a single on which Lil Peep and he worked in London and it was titled „Falling Down” (originally it is „Sunlight On Your Skin” but he had to rework it due to Lil Peep’s death).

This new version is made in collaboration with XXXTentacion, also a deceased rapper that died in June of 2018. XXTentacion recorded Lil Peep’s verses for this version. The single was released in September of 2018.

The original version, “Sunlight On Your Skin” was also released. It was in September of the same year.

In January of 2019, Makonne released another single „I’ve Been Waiting“ and it is made in collaboration with Lil Peep and an American band called The Fall Out Boy. It is one of the twenty songs they have been working on together before the death of Lil Peep.

In January of 2017, Makonnen came out on his Twitter account. He stated that he is gay which became a piece of big news.

As for his management, he is being represented by the Warner Bros.

He had his first appearance on a TV show as a guest on a popular show named The Tonight Show Starring Jimmy Fallon. It was in 2014.

He also talked about his weight and how he fell into problems with it but turned his life around by starting to eating and being healthier in general.

He said that touring helped him a lot with it because it takes a lot of fo energy to do it.

He listens to Sebastien Tellier a lot and is a fan of Harry Potter.

It was rumored that he dated Lil Peep who was his good friend and who died in 2017.

Today lives in Portland in the state of Oregon.