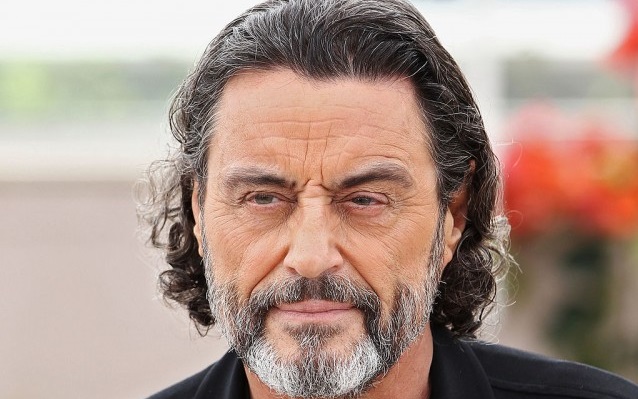 Ian McShane is a voice actor and a regular actor from the United Kingdom. He became known to the public after being in a BBC series titled “Lovejoy” from 1986 to 1994 and also for HBO’s “Deadwood” from 2004-06.

He won a Golden Globe Award in a category “Best Actor in  Television Series Drama” and a Primetime Emmy Award nomination in a category “Outstanding Lead Actor in a Drama Series” for this TV series.

He also played the role of Mr. Wednesday in a series of American Gods since 2007.

Ian was born on September 29th in 1942 in Blackburn, located in Lancashire in the United Kingdom.

His full name is Ian David McShane. He was an only child to his parents, Irene and Harry McShane. His parents loved him very much and tried to support him in everything he did.

His father Harry was a Scottish football player, from Holytown in Lanarkshire and his mother had Irish ancestry. His father passed away in 2012 at the age of 92.

Although Ian was born in Lancashire he grew up in a small town Davyhulme located in Machester. He liked it since everybody knew everyone and he felt secure.

He went to the Stretford Grammar School where he was a very good student.

After he became one of the members of the National Youth Theatre he started educating himself in the Royal Academy of Dramatic Art (shorter “RADA”). He did so alongside some great actors like John Hurt and Anthony Hopkins.

At this time he was living with John Hurt and they were really close. They helped each other through their career beginnings.

Ian was still being a student at the Royal Academy of Dramatic Art when he got a role in his first movie, titled “The Wild and the Willing”. This was in 1962.

Ian is still known best in the United Kingdom for his role as an antique dealer called Lovejoy from a TV series titled “Lovejoy”.

He got closer to the American audience after he played the role of a film director Don Lockwood from the UK in “Dallas” and also for his role as Sir Eric Russell in “Roots”.

Before his appearance in Lovejoy he had several roles in TV series, like in 1967’s “Wuthering Heights” where he played Heathcliff, in 1977’s “Jesus of Nazareth” where he had a role of Judas Iscariot, also in movies like “Battle of Britain from 1969 and Sky West and Crooked from 1965.

He had his final breakthrough in the US after he had a role in “Deadwood”, an HBO series from 2005.

He played the role of Al Swearengen in it and got a Golden Globe Award for it in a category of “Best Actor in a Television Drama”. He also got a nomination for Screen Actors Guild Award and for an Emmy Award.

For his sci-fi roles, the one to mention is definitely his role as Dr. Robert Bryson in “Babylon 5. The River of Souls”.

In 2004 he stated that he wishes he didn’t do this role because it was a struggle for him to do the dialogues that were pretty technical and it was pretty embarrassing for him because he couldn’t stop staring at Martin Sheen’s third eye he had done on him.

In 1985 he had an appearance on an album. It was Grace Jones’ album titled “Slave to the Rhythm”. He did a narration in this album and it was super popular. It sold more than a million copies all around the globe.

He also starred in a lot of animation movies like “Shrek the Third” from 2007 where he played Captain Hook, he was Tai Lung in “Kung Fu Panda” and received Annie award nomination for it and he was also Mr. Bobinski in “Coraline”, a 2009 animated film. All of these movies were really popular.

He was also in ”The Golden Compass” in 2007 along with Nicole Kidman, Daniel Craig and many more.

He was in a “Seeker” from 2007 where he played Merriman Lyon.

He also appeared in the third season of “The West Wing” where he played a Russian diplomat called “Nickolai Ivanovich”. NBC’s political series was a huge hit which aired from 1999.

In 2007 and 2008 he was playing the role of Max in a Broadway revival of “The Homecoming” originally by Harold Pinter.

He was acting alongside Raul Esparza, Eve Best, Michael McKean and many more. This play was directed by Daniel Sullivan and was performed at the Cort Theatre.

A year later he played “King Silas Benjamin in “Kings” which is based on the Bible and the story of King David. He was very praised for this performance.

He played Bishop Waleran Bigod in 2010. It was in a drama called “The Pillars of the Eart” which is originally a book written by an author Ken Follett.

He was in “Jack the Giant Slayer2 made by Bryan Singer in 2013. He played King Bramwell.

In 2010 he started narrating opening teases for “The Open Championship” for ESPN. He still does so and he is very known for this work.

He was in two episodes of “American Horror Story; Asylum”, an extremely popular show back in 2012. His role was that of a serial killer from the ’60s called Leigh Emerson. He worked alongside Evan Peters, Sarah Paulson and many more.

He made an appearance in “Game of Thrones” in 2016 as Ray in the episode “Broken Man” in the sixth season of the show. He was very excited to be a part of this huge and epic series and to work with such prominent actors.

In 2017 Ian stated that the script for a movie adaptation of Deadwood was submitted to HBO and is most likely to happen.

They started shooting this film in October of 2018.

In 2019 “Deadwood: The Movie” was finally out. He again played Al Swearengen and was also an executive producer on it. He got to work with Timothy Olyphant and Molly Parker again.

“Deadwood: The Movie” is a western movie made for HBO which gained recognition amongst western movie fans and soon became highly viewed.

As for his personal life, Ian was married three times.

His first wife was Suzan Farmer whom he married in 1964. She was an actress known for her role in “Monster of Terror”. Unfortunately, they divorced in 1968, very soon after the beginning. She was a starlet and loved him very much but she couldn’t handle his wildlife, alcohol, drug abuse, and cheating.

After that, he started dating Sylvia Kristel. They met each other on the set of The Fifth Musketeer. This relationship was very turbulent and toxic and it fortunately ended. Both of them considered the ending of the relationship to be healing.

Sylvia wrote in her book how one of their fights led to her losing balance and falling down the stairs and ultimately losing her 3 months old child. This was the end of their relationship and it burdened them both for a lifetime.

McShane is a grandfather to three children, all of which is Kate’s, his oldest daughter and his favorite.

Kristel died of cancer in 2012 and he took care of the family after she was gone. Before she died she published an autobiography book in which she described their relationship as a toxic one with a lot of sex and drinking. Later he confirmed all of her statements from the book.

Ian is a supporter of Manchester United football club. He is a huge fan and he often visits the matches. He is very passionate about it.

In the summer of 1980, Ian married Gwen Humble, also an actress. They currently live together in Venice Beach in Los Angeles, US.

Ian’s favorite shows are the Simpsons and The Family Guy. He likes that kind of show because he loves how they talk about current issues in a funny way.

He used to live a really unhealthy lifestyle. In 1988 he quit drinking alcohol and in 2011 he quit smoking cigarettes to improve his health. This was a huge deal for him and he decided to make it his life decision to treat his body more seriously.