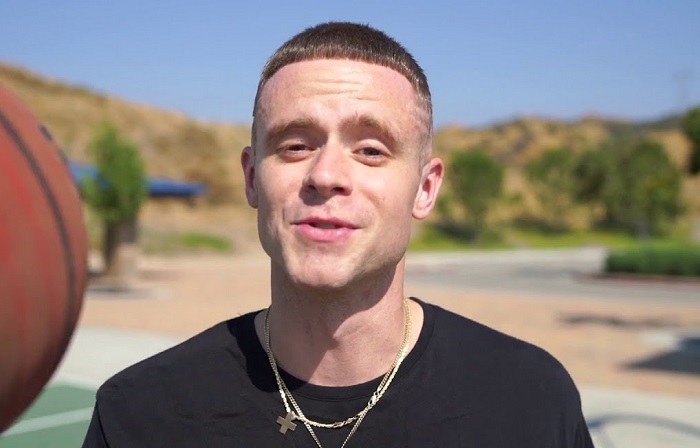 Some successful celebrities did not make their success in some conventional way; their path can be seen as everything but, and this is maybe their most significant advantage.

Even more, we can say that these are the people who are doing everything they want and are making some cash along the way.

Grayson Boucher is an American streetball player, and this is his most famous work, but he is also someone who is connected to acting.

Grayson is most famous for performing on the extremely stylized, worldwide AND1 Mixtape Tour; and the most famous movie in which he appeared is called” Ball Don’t Lie”.

Grayson nickname is the “The Professor” was introduced to basketball when he was just two years old, and the thing that most certainly brought him to major success is the amount of workout that he puts into his training – several hours per day.

But the most amazing thing is that the Professor likes to be a great role model for thousands of children that are his fans.

Grayson went to McNary High School, but later on, he transferred to nearby Salem Academy where he made all-state honors.

Afterwards, after high school, he went to a Chemeketa Community College – there Boucher was in a basketball team.

Soon, Greyson finds out that there is an opportunity for him to participate in the game; there was a so-called “open run”. This was the chance for a young man to be a part of the tour and to do the thing that he wants the most.

And truth to be told, he has managed it to do so – Greyson earned the spot in the team.

When summer of 2004 came along, he was emphasized prominently in the tour’s marketing, emerging on the central page of their website and in different advertisements.

Greyson started to play and travel – he has played in more than 30 countries and even more he appeared in seven seasons of Streetball on ESPN, four AND1 commercials and an And1 video game five AND1 mixtape DVDs.

One more interesting thing to mention here is that the Professor trained every single day, even those days he was touring.

Before hooking up with And1, he had left the state of Oregon only three times – this was the new world for him.

In 2008, Greyson got to know the Ball Up’s CEO, a man called Demetrius Spencer.

This is the tour that stars most of the players from the AND1 Mixtape Tour, but the thing that sets this tour apart from others is the fact that is more focused on the on-the-court action, unlike the AND1 tour, which emphasised more behind-the-scenes footage.

Boucher wanted more, and he appeared in several movies where he depicts basketball players.

The most famous movie that he appeared was the one that is called “Semi-Pro”. In it, the leading role was given to renowned actor Will Ferrell.

He portrayed in this movie a point guard on the rival team in the final game of the film. He was also featured in some parts that were put in the DVD version.

But he got the leading role in one movie – in the movie “Ball Don’t Lie” Boucher played the lead role of Sticky, This movie is based on the book of the same name.

Even if this film was never released officially, it was shown at several festivals.

Grayson portrayed the Spider-Man in a YouTube web-series that he in fact created.

In this series, he hid as the superhero and went to several basketball courts in the Los Angeles region to play facing unsuspecting opponents.

Just the first episode had more than 14 million views on YouTube within a week of being uploaded, and all other episodes have even more.

It was even featured on the ESPN website and got further attention from Shaquille O’Neal, who tweeted the video to his followers.

The third episode got even more impressive since it featured NBA star Jamal Crawford, and this is amazing – every future episode featured other known basketball players.

A lot of money that he has comes from his own YouTube channel where he uploads mixtapes of him playing in local basketball leagues, funny videos, tutorials, and other exciting basketball videos.

Once he stated that the moment he got the contract is the moment that he will never forget in his life – Greyson went from being a nobody to a somebody after so many years he spends in working out.

There are nor any information about the Professor’s personal life, but what we can say is that he had immense support from his family to succeed.

His father is Steve Boucher, who is a jewelry shop owner – he was so dedicated that he spent hours watching locals run, then hours more watching him copy their shots.

He is the one that proved that you do not have to the tallest, or the strongest to succeed.

At the beginning of his career others compared him with Eminem – he had the same haircut, he was skinny and very good in something that others consider to be predominantly black.

His nickname “the Professor” comes from the fact that he is the one that teaches others on the court how to play – he seems like a nerdy white guy.

His first care was grey Mustang – and when he bought it, he could not believe, since prior to that, he went to school just like an ordinary kid.

In high school, he was just 5’0″ tall and 85 pounds on the freshman team – others mocked him and did not see him as a treat.

When he was just 18, he knew what he wanted to do in life, as he once stated.

He is religious and believes in God, and he even thinks that he is sending a good message through his work.

The most challenging thing on the road and he has been everywhere from Brasil to Australia, is, in fact, that road itself and the family he misses a lot.

His role models in the sense of the type of basketball plays are Jordan (of course), Tim Hardaway and Allen Iverson.

Greyson is very active on all social media and said on many occasions that they helped them become so popular.

His favourite sneakers are HyperFuse and HyperDunks with Nike, but also he loves the retro stuff like Jordan 11s with the patent leather, the original Space Jams, the Jordan 3s.

Boucher is an American streetball basketball player who is worth around $500 thousand – he has made this money from endorsement deals, his YouTube channel, matches that he plays.

He is born and raised in Keizer, Oregon, and played basketball while in Salem Academy High School, and then at Chemeketa Community College.

He soon became an AND1 Mixtape Tour Streetball game, and he saw that there were open tryouts.

Greyson started to gain widespread notice in 2004 when he was starred in the tour’s marketing campaign.

As part of the AND1 Mixtape Tour, Greyson has played streetball around the globe and has appeared on ESPN.

In extension to his work on the field, he has starred in various streetball related films, including, “Balls Don’t Lie” and”Semi-Pro”.

Greyson has also been featured in the “Streetball: The AND1 Mixtape Tour” DVD series.

He said that his biggest goals are to expand his brand digitally and in general, and become an excellent example to the kids.