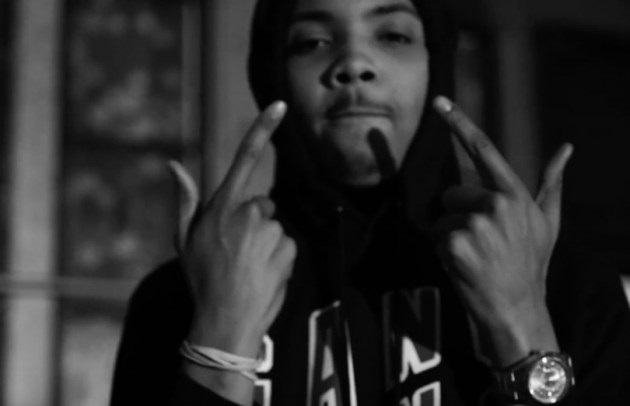 Although he spent almost all of his childhood in a very shady part of Chicago, he was determined to succeed as an artist.

He was born on October 8,1995 in Chicago, Illinois. He grew up in a neighbourhood with a very bad reputation: Terror Town. It is a part of the East Side of Chicago where the crime rates are over the roof. However, G Herbo didn’t show any particular interest of getting into any crime business when he was young.

He was raised in a family of musicians: his grandad was in the band called The Radiants, and his uncle K Tone was also a rapper, so music was an important part of his childhood. He says that his family values music very much and that he realized it can help people go through so much so he decided he was going to be related to it too.

His greatest influences were Lil Wayne and Young Jeezy, who were extremelly popular both back then and lately. He is still a member of the “brotherhood” N.L.M.B., shorten for Never Leave My Brothers.

He was a very intelligent pupil, but he spent most all of his high school free time in the gym, playing basketball. He  was very passionate about it and wanted to make a career in basketball, but it ended up that he became a very known rapper. He says he doesn’t feel bad about it because he still plays basketball sometimes.

After getting involved in the music industry, G Herbo started to make money on his own, selling his records and collecting revenues on YouTube, so he never finished high school.

He released his first mixtape named Welcome to Fazoland in 2014, and by 2015 he already signed a contract with Cinematic Music Group & Sony Music, which is quite an acomplishment for such a young rapper.

The mixtape was called like that in memory of his good friend Fazon, who died in the streets after he got into trouble. His death gave  G Herbo more strength to pursue his career, because he decided he won’t end up the same way.

Ballin like I’m Kobe  was his third mixtape that was released also in 2015, and after one more mixtape in 2016 called Strictly 4 My fans he will finally released his first studio album at the end of this year.

His personal life is kept well hid from the public. He says he doesn’t want to share any personal information and wants to protect his family as much as possible.

Rumour has it that he actually did bad things while he was a teenager so he is trying to make it up now.

G Herbo finds his inspiration amongst other popular rappers and he is a very big fan of Nicki Minaj. Luckily, in 2014, he got to collaborate with her on a single called Chiraq which was featured on Nicki’s tracklist. They wrote the song together.

Chiraq is a slang name for Chicago and it was created because of the violent crimes that happened in it between 2003 and 2011. Death rate was comparable to the one in Iraq.

The music he makes is in a „trap and drill“ genre, although G Herbo says he will aim to widen his spectre of music and alternate his tracks.

This genre is specific for towns with a lot of crimes since it featured violent and raw lyrics and doesn’t hide anything from the crowd. Drill is actually a subcategory of trap.

When reporters ask him about his music he just says: „I’m telling real stories about my struggle, my life, and my pain“. He claims that every song he makes has a special meaning to him because it’s connected to a part of his life. He wants to teach others that we all hurt sometimes and that not all children who grew up in bad neighbourhoods are meant to be criminals.

G Herbo is a famous American rapper, loved for his strong lyrics which talk about his life problems in a sincere way. He likes to keep his private life for himself so there isn’t much information about his girlfriends.

His estimated net worth is about $2 million.