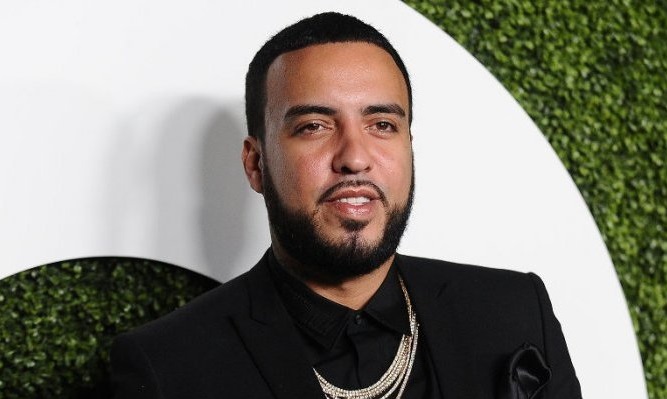 French Montana, not so widely known by his full name Karim Kharbouch, is a famous music artist whose following only grows daily.

He made quite a lot of hits during the last years and he became famous in the genre of hip hop.

His collaborations are mostly what he is known for and most of his time he spends creating music that he records featuring some of the biggest artists of the time.

Montana is the creator of a label called Coke Boys Records and he can be best recognized as the guy that features Swae Lee in a song called “Unforgettable”. This piece of art reached the top 10 on U.S. Billboard, which was pretty sweet success for two not-so-well known guys.

Karim was born on November 9th in 1984 in the city of Casablanca in Morocco. He was always very proud of his descent and he says that there is nothing he would change for his country of birth.

Montana would like to go there more often, but he is very busy being on tour nowadays and therefore really can’t do much with his parents and older friends.

When he used to live in Morocco, he spent a bunch of time creating lyrics he would rap and he used to play soccer with his friends. Later on, when he got a little older, he became much more inspired by basketball players and he started to play ball daily.

However, his parents weren’t that satisfied with what they could give to their children in Morroco, and as much as they love to be there, they had to relocate. They decided to hoose a big place so they went for the wonderful South Bronx in New York in the United States of America.

He had quite a lot of trouble getting to know people there because he was native in two languages that people in America are not so familiar with: darija and French.

Karim managed to learn English by hanging out with people on the streets and he went to the Bronx high school of Lehman and Roosevelt. He had a very hard time getting used to the language and his grades suffered because of this.

His father, after 20 months of trying hard to fit in, decided that they should maybe go back home to let the kids have normal education, but Montana’s mother didn’t want to. She said that the kids wouldn’t have any opportunities there and she wanted them to finish education here because she found English very important.

Karim’s father left and went back to Morocco and his mother was left with three children and she had to get help from the state in order to be able to take care of them. Montana said that one of the best things that he got by being famous is the ability to take care of his mother and give her back.

His career began in 2002, but he was known under the name Young French. He wasn’t making his own music back then, but he loved to be in rap battles with his friends.

He and his fellow rapper friends were very interested in Smack DVD series and they found it really inspiring so they worked on a project called Cocaine City. It was a series they made on their own and many people liked it because it was a very honest thing.

There were interviews with rappers, real talks about their lives, little looks at their personalities and a little bit of knowledge about the most famous fights inbetween popular rappers.

The series did very well and they were lucky enough to get some big names on it: Remy Ma and Pee Wee Kirkland. It was just the first volume and they were already destined for success.

They never thought the series would be so huge, but they made 14 volumes which aired until 2010.  His childhood friends Brock, Droop Pop and Cheeze, with whom he made the series, later created a famous label called the Coke Boys with him.

2003 was a really tough year for Montana since he had a massive injury. He was just leaving his studio and two guys shot him in the head. He barely survived and he had much luck, but when he got out of the hospital, he found out that the whole thing was schemed by someone that was cose to him.

In 2007 he released his first and debut work called French Revolution Vol. 1 and he featured some great people like Uncle Murda, Jae Millz, Mazaradi Fox and Tony Yayo. This helped him a lot because he gained fans from each of these people’s fanbase.

In 2009, during February, he made a mixtape with his friend Max B. It was called Coke Wave and it was a great collab for him since he was a good friend with Max.

He made some really great work by 2012 and at this time he was already one of the people in the famous XXL’s Freshmen Class. He was lucky enough to get a deal with Bad Boy Records, thanks to his song called Shot Caller.

When Rolling Stone was making an interview with Harry Fraud, a really close friend of Karim’s, he said that he met the famous singer in Chinatown when he was recording. Karim was just supposed to be featured in some song Harry produced so he came there in order to make it, but soon a huge misunderstanding happened.

Police bashed into the building because someone reported that fake high fashion accessories were being made here and Harry lost the location he used for his studio. Karim and Harry decided to join forces and create something bigger and that’s the story about how Karim got involed into studio business.

In 2010, he published his 10th mixtape and he worked with some of the best people in the industry: Gucci Mane, Akon, Fat Joe… In the same year he made the famous song called “Choppa Choppa Down” with Waka Flocka Flame and this song ended up being one of the most popular ones he made.

In 2010, XXL magazine posted about how Karim is working with Debra Antney, Waka Flocka’s mother, in order to make some great music. This woman was a manager for many popular rappers, even Nicki Minaj before she became super famous.

In the end, the thing didn’t go the right way and Montana, after some legal issues, had to pay $2 million to Debra. He usually says that he was tricked, but not a lot of people believe him.

He later made music with Rick Ross, which was really interesting for him since he is a huge fan, and it was an unforgettable experience.

French made the song Shot Caller in 20112 and it was a huge success. He just continued to work hard and make music, no matter what reviews he gets.

In 2011, he joined his good friend Fat Joe on stage at a birthday party, but soon huge problems were created when people started to throw bottles at the stage. It was a really weird experience and the videos of the whole thing went viral for weeks on end.

In 2012, he signed to Bad Boys and he started to hang out with some of the most popular people of the industry: Akon, Rick Ross and the very famous Diddy.

After this, French just grew and grew. He published his studio albums Excuse my French and Jungle Rules, the first one in 2013 and the second one in 2017.

His following is growing and he is getting featured on many mixtapes, only getting more fans and becoming more accepted amongst big producers.

When people ask him about his inspiration, he always mentions his kids and how they are very important to him.

He know lived in New Jersey and in 2016 he bought one of Selena Gomez’s houses for about 3 and a half million dollars.

In 2007, he married Deen Kharbouch. However, the media and everything was too much for their relationship so they broke up in 2012, but their divorce got finished afte some legal issues in 2014.

In June of 2018, French Montana finally became an official member of American society and he said that this was a very emotional thing for him. Many people don’t believe that he was living in the USA for such a long time without getting a green card.

French Montana is known to be an exotic man and he owns a bunch of pets. Besides regular pets like dogs, cats and snakes, he has tigers and a monkey too.

On his Instagram, he once posted a picture saying that he was so influenced by marijuana that he actually bought himself 2 baby tigers. He held both of them in his arms and people were happy to see that French is taking care of them. Their names are Ike and Tina and they were in a video called “The Gifted”. It is a song he made with Abel, better known as The Weeknd.

In 2014, he got a monkey and decided to call him Julius Ceasor.

He is a very versatile man and his influences are scattered all over various genres and times. Some of the classic artists he enjoys are Tupac, The Notorious B.I.G., Snoop Dogg and the famous Wu-Tang Clan.

From recently popular artists, he enjoys the work of Adele, Amy Winehouse, Florence + the Machine and Lana Del Rey. He even sometimes takes samples of their music and puts them in his singles.

Montana is very open to collaboration and he says that an artist is a good musician when other people don’t feel embarassed to work with him. He loves to get involved into other people’s work.

There isn’t a lot of controversy about French since he is a pretty simple guy that works a lot, but when there is something bad to say, it is mostly about comments French has on other artists. He claims that they are never mean, he sometimes just gives critics to help people become better and grow.