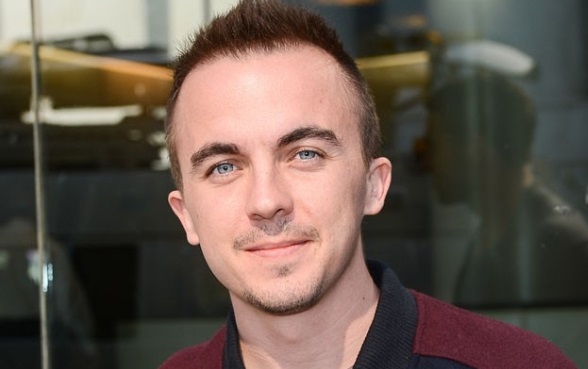 Some projects that a certain actor has done during his career, the things he does to become so famous for, regardless of his other projects, and this is not a bad thing, the only problem may be that that certain actor can be typecast for a certain time.

And the special case is when we are talking about child actors – these people can have many problems while growing up under the spotlight. They can, and usually, do enter the world that is filled with many bad things, like drugs and alcohol. Often time careers of child actors are ruined and often times they end up broke and jobless.

But as far as the money goes, the ones that are smart enough can monetize their success that comes from a certain project that they do.

But there are some stories that a child actor has successfully used his popularity and success for many good things.

This is the case of an American actor, who, for a certain time in the 90s and early 2000s, was known as the young Hollywood actor who can make serious cash.

We are talking about Frankie Muniz who is best known for playing the name character in the Fox family sitcom called “Malcolm in the Middle”.

He is recognizable for this role, and his work as an actor is seen as remarkable, even if he is now known for doing something else – he is a drummer, manager, writer, director and care-racer, and many other things that come in between, and it seems that his story is far from over.

Francisco Muniz IV is his real name, and he was born on December 5, 1985, in Wood-Ridge, New Jersey.

He got his name after his father, Francisco III.

In his fourth year of life, Frankie and his family moved to Knightdale, North Carolina – where he spent his childhood.

He has an elder sister named Cristina.

It is interesting to know that Frankie started doing arts when he was just a young boy – it is stated that he was just eight years old when he participated in a regional production that produced Christmas Carol in Raleigh, North Carolina. He was spotted by an agent who offered young Muniz a role that he certainly used in the right way.

Following his parents divorced, Frankie moved to Burbank, California with his mother, and when he was in sixth grade, he was school taught by his mother.

He started his acting career as many do – young Frankie appeared in a few commercials and ultimately made his film debut in the television movie that was called “To Dance with Olivia”, starring Lou Gossett Jr. that came out in 1997.

In the same year, 1997, Frankie acted in the Hallmark Hall of Fame presentation of “What the Deaf Man Heard”.

He played a small but very interesting role in the movie “Lost & Found” that was made in 1999, and it tiled the way for his breakout role as Malcolm in the sitcom “Malcolm in the Middle”.

From this moment on, everything fell on its place, and this was a role that marked Muniz’s career forever.

A sitcom “Malcolm in the Middle” had its premiere on Fox on January 9, 2000, and from the minute of its release, it was an instant hit. The viewers were charmed by the life of the five, where Muniz played a gifted teen who tries to find his place in somewhat dysfunctional, but loving family.

The premiere episode was seen by the audience of 23 million people and the second episode that ran next week drawn around 26 million viewers.

The show and its popularity brought Frankie love from the audience and critics alike – in 2001, he earned an Emmy nomination and won The Hollywood Reporter Young Star Award for his great work in the series.

But Muniz appeared in many shows and has been rewarded with various nominations for various awards – some came from critics some came from fans, he was liked and recognized from both.

He was grounded, funny, honest and very talented young boy, who seems to never fall under some negative influence.

When we speak of the movies we must speak of his first leading role – it was a movie from 2000 called “My Dog Skip”, and he played a character named Willie Morris. This was a truly amazing opportunity where Muniz stood side by side with famous actor Kevin Bacon.

His second movie “Big Fat Liar” that came out in 2002 had an amazing commercial success – in it, Muniz starred alongside fellow teen actress Amanda Bynes.

His biggest success when it comes to movies was in the movies “Agent Cody Banks” and its sequel, “Agent Cody Banks 2: Destination London” where he played the title character. Both films were amazing critical and commercial successes and earned millions of dollars.

This was the moment when Frankie said that this was the time where he stopped being a child actor and when he succeeded in that transition from child actor to the serious actor who can lead the movie.

“Malcolm in the Middle” had its last episode on May 14, 2006, and this was the moment when he expressed a desire to leave conventional Hollywood film characters behind; he firmly believed that he could do some varied roles that will show the complexity of his talent.

After seven successful seasons, this is the show that cemented his success and remained one of the most favorite family sitcoms ever.

In the meantime, he worked on TV Shows such as “Sabrina, the Teenage Witch”, “MADtv”, and “Lizzie McGuire”.

He appeared in the 2014 film Hot Bath an’ a Stiff Drink 2 as Deputy Allister Jenkins.

Muniz wanted to make a career in the other thing he loved so much – race car driving. Muniz had a long interest in car racing, and the only thing that he did right up to that moment was participating in a few celebrity races from 2001 to 2006.

Now was the time to become professional and to deal with this job in an expert way.

The real deal came along in 2007 when Muniz moved up to the more ambitious Champ Car Atlantic Series where he played in the entire season’s 12 races.

He made the best result when he finished in the season ninth, and Frankie earned a total of 41 points over the course of the season, and he won 17,000 dollars in prize money.

Another career that Frankie pursuit was the music career – he joined a band called “You Hang Up” as a drummer.

In 2012, he left this band and joined another band called “Kingsfoil”; they were based in York, Pennsylvania.

In 2017, he became a manager for the band “Astro Lasso” – the band located in New York.

Muniz is an enthusiastic supporter of Arizona Cardinals and the Los Angeles Clippers – he is a true sports fan who never misses out any games of the teams that he supports.

Even in his young age, when he was just a child star and teen actor, Frankie dated a few high profile relationships – Ellen Page, Amanda Bynes, and Hillary Duff.

He has been dating actress and model, Paige Price since 2017.

In one interview he said that he would be lost without Paige who helps him on a daily basis to deal with his condition – he helps him write a journal so that he does not forget about things that occurred during the day.

Frankie was also linked to one serious and life-changing event – on November 30 2012, when he was just 26, Frankie was hospitalized after suffering from a transient ischemic attack, or to make things clear and simple Muniz suffer a mini-stroke.

But things were not over for young Hollywood star – Muniz had a second attack the following year on November 25 2013.

Things became much clearer when Muniz in one interview discovered that he had a serious problem with his health that he encountered from a lot of memory loss and no longer has memories from his childhood acting days.

The actor also revealed that he had encountered at least nine concussion and 15 transient ischemic attacks.

His celebrity crush was Britney Spears – in one interview Muniz said that he adores Britney and her songs and that when he sees her on TV, he gets that “Britney Spears feeling” in his stomach.

Besides money, Frankie has gained multiple prizes and just to name a few – Young Artist Awards, Kids’ Choice Awards, and a YoungStar Awards.

He has also been nominated for the most prestigious awards for actors -Golden Globe Awards for best actor in a Television Series – Comedy or Musical for Malcolm in the Middle in 2001 and 2002.

Starring in multiple successful projects and continually still getting good work such as hosting gig on Dancing with the Stars: Junior helps to keep you among the wealthy in the Hollywood Industry. Frankie Muniz, after several years in Hollywood, is currently believed to be worth $40 million.

To have an idea where from this money goes, we can say that just his two movies about Agent Cody Banks earned 7 million dollars in total (the first installment earned 2 million and second earned him 5 million).

He is a successful manager of one band, and he races cars, he is an actor, writer and producer, a former child star; and on top of all these things he is a successful businessman. Frankie owns a business that he shares with his lovely fiancée Paige – they own “Outrageous Olive oils and Vinegars”.

And if you combine all of the above, you get the picture of how this man is so young and so wealthy.

Also, we must say that Muniz is not a huge spender – he does have many luxurious cars that are in some way normal since he is a passionate racer and two or three lavish homes.

Muniz remained normal, and grounded human being who well-deserve all that he has, and besides his health problems, deals with life in a normal way, and with the help of his loved ones.