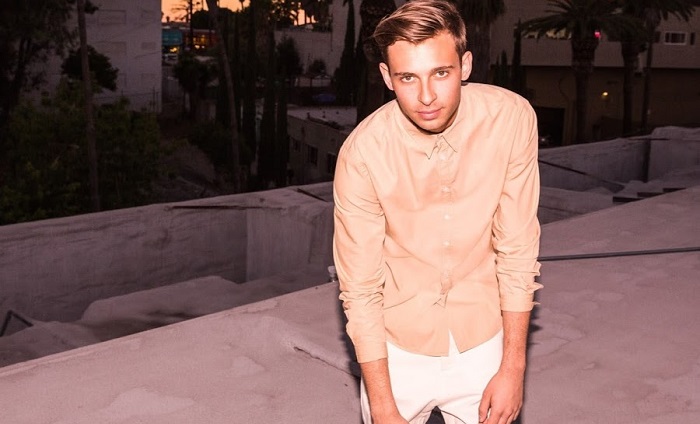 Flume was born as Harley Edward Streten on November 5, 1991. His father is a very known record producer and a movie maker called Glen Streten and his mother Lyndall is a teacher.

He was born and raised in Sydney in Australia. He has a younger sister and they both went to St.Augustines Brookvale High School.

He was 13 when he began producing music. When he was 19 he started producing music under the name HEDS. He says that from the young age he was aware of the fact that he will once be involved in the music industry because music was the only thing that kept him happy.

HEDS stands for his initials: Harley EDward Streten. He made a lot of remixes and two of his own tracks: “Flow” and “Fizz”.

An independent Australian record label Future Classic organized an artists competition in 2011 and he made a great impression on Nathan McLay, a CEO of that label and they released his first EP with the title “Sleepless”.

He changed his name into Flume and released his first album using the same name. He collaborated with Chet Faker, T-shirt and Moon Holiday on this album. The album reached No.1 on iTunes in Australia.

In 2011 he formed a duo with Emoh Instead, also a  known producer and a DJ. The duo was called “What So Not”.They finished their collaboration in 2015 due to their creative differences.

At the end of 2012 he signed a contract with Mom+Pop Music and that signature gave him the possibility to release his album in North America.

It came out in 2013 and he got a lot of positive reviews from the NorthAmerican critics.

His single “Holdin On” came to No.4, which was the highest charted song from Australia ever.

In spring 2013 he started his “Infinity Prism Tour” and it had been a big success. In 2014 he began touring internationally, even through South America. There he debuted with Lorde’s “Tennis Court” remix that he made.

In 2015 he released “Some Minds” featuring Andrew Wyatt.

In 2016 Flume released his first single “Never Be Like You” from his new studio album. It was made in collaboration with Kai from Canada. It was Flume’s first No.1 in Australia. The single was very highly popular on MTV and he gained a lot of public attention after this hit.

After the release of “Skin” he received great reviews again and won eight awards on ARIA Music Awards 2016. The most important award was for the Album of the Year.

He produced a lot of singles for Lorde and Vince Staples. He says he loved working with Lorde since she is a very special soul.

He keeps his life hidden away from the media because he likes his privacy.

If he has a girlfriend, she is well hidden from everyone because there are no pictures of her or them on her Instagram account or any other social media.

He has a great relationship with her younger sister with whom he spends a lot of time. He thinks that it’s important not to split from your family.

He chose his stage name Flume because it is his favorite song played by Bon Iver.

He played saxophone for 9 years in school’s band and he also sang in the choir. He has always been interested in music.

He worked in Hard Rock Café as a waiter for twelve months in order to earn some extra money he could later invest into his music.

His first meeting with production music was one morning when he sat down to have breakfast and found a music production program in a box of cereals which intrigued him. He says that now when he thinks of it, he is happy he was brave enough to go and get his career started.

Flume is a known Australian music producer who became extremely popular outside of his homeland and all his tours throughout America in the last two years are sold out.

His most favorite collaboration of all times was with  Beck on “Tiny Cities”. He also featured Vince Staples in his songs.

Funnily enough I was actually punched in the face by a kangaroo when I was younger, true story,” he says. “I was feeding a kangaroo that had something in its eye. So I tried to get it out by helping it, but it slapped me in the face to the floor. The most dangerous thing I ever did was being born in Australia.”