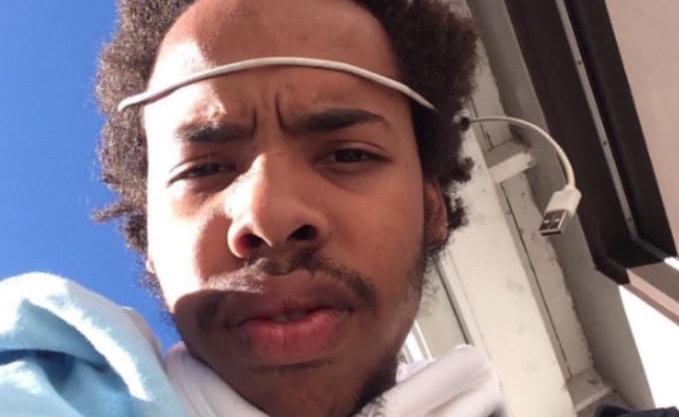 Earl Sweatshirt, whose real name is Thebe Neruda Kyositsile, is an American rapper and a record producer who descents from California. He is known as one of the members of a hip hop collective named „Odd Future”.

He was born as Thebe Neruda Kgositsile on February 24, 1994, in the town of Chicago, in the state of Illinois, in the United States.

He is of mixed descent since his mother, Cheryl Harris, who is a law professor at a very prestige University of California situated in Los Angeles is an American, but his father is from South Africa. His name is Keorapetse Kgositisile and he is a poet and a political activist hailing from South Africa. His parents were together for over 10 years and separated when Thebe was only 8 years.

He went to middle school in the town of Santa Monica which is located in the west part of L.A. County. He was also a student at the UCLA Lab School and at the New Roads High School.

It was in his 8th grade that he started being more interested in hip hop and in rapping. His first stage name was Sly Tendencies and in 2008 he started posting tracks to his very own first mixtape which was named „Kitchen Cutlery“ and it was released through MySpace.

There are good friends Loofy and JW Mijo also likes hip hop very much and both rapped so they created their own hip hop group named „The Backpackerz”. They had an idea to release their mixtape and even had a name for it and it was „World Playground”. They didn’t stay together and they never released the tape. They disbanded in 2009.

In 2009, Tyler the Creator, the leader of Odd Future saw Thebe’s work on My Space and liked it very much. He contacted Thebe (or Sly Tendencies at that time) and invited him to join his hip-hop group. Tyler changed his name to Earl Sweatshirt and decided to take his offer. That is how he became the new member of Odd Future.

In 2010 he has released his first mixtape simply named „Earl!“. It was available as a free download on his website „Odd Future“. Tyler has produced a large part of this mixtape. The mixtape was very well received both amongst the public and the critics.

His mother wasn’t satisfied with his way of life and once he got into trouble with his friend she has sent him to the Independent State of Samoa to move him away from it. She enrolled him into the Coral Reef Academy which is a retreat school with therapeutic influence for boys at risk. It was a kind of punishment but also a motivation for him since he couldn’t go home until he earned the privileges for it. It was hard for him to be there, for example, he couldn’t even use the bathroom without supervision. Since he had a lot of spare time there he started reading more serious literature.

He read Malcolm X biography and other interesting books. He loves to learn about other people so he can become the best version of himself and make a lot of money once he learns the tricks of famous artists that became big due to their talent.

He made rhymes for the single titled „Oldie“ which was featured on Odd Future’s mixtape named „The OF Tape Vol 2.“ with the consent of his mum he was brought back from Samoa by the influence of Leila Steinberg, a known American female record producer and businesswoman who is known as the manager of Tupac Aman Shakur, one of the most famous American rappers ever.

In 2011 he released three of his songs (which were made earlier but never released) through the OddFutureTalk’s mixtape. He also became a candidate for 2012 XXL Freshmen list.

In February 2012 he announced on his Twitter, that he finally returned to Los Angeles. He appeared on „Oldie”, a single from the debut album of Odd Future. It was really nice to work with other artists, he says, especially since he didn’t really do much of that before and it wasn’t a long time ago that he was not famous at all.

It was the first time he appeared on a release from Odd Future Records. On March 20 he performed with Odd Future in NYC. He was very excited about being one of the people there because a lot of big names were there as well.

He was featured on Casey Veggies’ mixtape in a single „PNCINTLOFWGKTA“. Kgositsile started creating his own record label „Tan Cressida“.

He released his first solo song named „Chum”. He posted this single on Youtube at the same time he announced the release of his new album which will be called Doris. Doris was going to contain a lot of guest appearances from artists like Frank Ocean, Vince Staples, Pharell Williams, RZA and more.

His first three released songs were „Burgundy” which was produced by Pharrell, „Have” with Vince Staples and „Guild”. The fourth song was „Whoa”, made in collaboration with Tyler the Creator followed by a video directed by Tyler too.

Doris appeared on the market in the summer of 2013, released by Tan Cressida and Columbia. Kgositsile produced most of the album but he used a pseudonym to do it.

He was named „randomblackdude“. This was pretty mean but he knew that it he rolled with it, it was probably going to be a fun thing people remember him for so he decided to accept it and move on.

By the end of 2013, his reputation (came to the point that Complex put him on the list of 10 Best Hip-Hop producers.

Doris gained awesome critical acclaim, especially due to his rhyme and lyrics. Doris went up to No. 5 on the Us Billboard 200 Chart and No.1. on the US Top Rap Albums. He won an MTVU Woodie Award in 2013.

He started working on his third album which was going to be named „I Don’t Like Shit, I Don’t Go Outside: An Album by Earl Sweatshirt”. The first single from this album was „45″ made in production collab with the Alchemist. He also released „Quest/Power” through his SoundCloud account.

In 2015 a song made in collaboration with Nakel Smith, a pro skateboard, was released under the name „Silence Da rap game”. The album was eventually released in March but only digitally. He also released a track titled „Solace” which was released on YouTube and lasted 10 minutes. This track gained wide attention which caused rumors that he started a feud with Tyler and that Odd Future was disbanded.

At the beginning of 2016, he released „Wind in my Sails” and two more tracks produced by him and the Alchemist. He made a guest appearance on an album by Samiam. In 206 he appeared on Adult Swim Singles 2016. The Alchemist has released his track 2 Coli“ in 2018, featuring Earl on it.

His next single „Nowhere2go” was released in the fall of 2018 which announced his new album #Some Rap Songs” coming soon. Earl also announced that he was leaving his record label after this album so he could have more creative freedom and „Do riskier shit!”

Earl has one of the most interesting rap voices in the hip hop world, often referred to as deep baritone voice. Many people say that he would actually make a really good narrator and people thought he would get a deal from some audiobook company as well.

His last album had a lot of lyrics about his dad and family due to the fact that his father died in January 2018. He often mentions his father in his songs, although he lived in South Africa while Earl was in L.A. it seems that they had a deeper connection and that Earl thought highly of him. This was very tough for him to go through even though he wasn’t that young because their whole family was really well connected and they spent a lot of time together.

Earl appeared in a movie titled „Wolf“ where he played himself. He said that working on TV is very exciting and that he would maybe like to do that more, but he really doesn’t have the time now so he may actually save that for later.

Earl lives in Hollywood. He has a few nice properties and he lives there.

He has a half brother named Randy Mafalanka and a half sister Ipeleng from his father’s previous marriage. He doesn’t talk too much of him, but it is known that they are in good relations.

Earl plays drums and keyboards too.

As for his personal life, it is known that he dated Mallory Llewellyn in 2013.

She was a model and it seemed that their relationship was quite firm. But Mallory left him after a while because she couldn’t cope with his drug habit.

He shortly dated another model named Linda Salry in 2014 but she left him, jealous of many female friends.

He had health issues because of his malnutrition so he canceled many of his concerts in 2015 because his weight was too low.