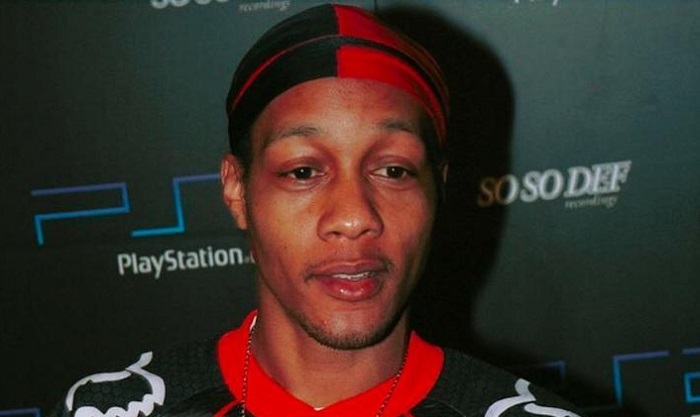 David Blake, also known by his stage name DJ Quik, is a rapper, songwriter and a producer from the United States.

His name “DJ Quik” (Quik is pronounced as Quick) refers to his capability to produce a huge amount of tracks in a short period of time.

Some of his most famous tracks are “Born and Raised in Compton”, “Tonite” and also “Jus Lyke Compton”.

DJ Quik was born as David Marvin Blake on January 18th in 197p in Compton, situated in California, United States to David and Delma Blake.

He grew up alongside his sister Stacy.

His work was always inspired by funk artists along with soul artists, for example, Roger Troutman.

He taught him how to use talkbox that was one of David’s most recognizable sounds throughout the years.

He was also inspired by George Clinton.

David started being into music when he was about only two years old because his mother loved music a lot and had a great record collection they would listen to.

By the age of 12, he already played a lot of instruments and when he was only 21 he became a platinum-selling artist which is a huge success.

In the eighth grade, he started selling homemade mixtapes, one of them was The Red Tape which he made in 1987.

After that, he started doing shows all around Southern California in the US. Unfortunately, many of the shows ended by gang altercations.

He was also a member of the Westside Tree Top Piru, at that time. In 11th grade, David dropped out of school.

He was homeless for almost three years due to the fact that his mother lost their home because of foreclosure.

He often speaks about how after he made his career in music a lot of his family he had no frequent relations popped out and reached out to him in hope to get something out of it.

He soon became known on the streets because of his self made mixtapes and he caught up the attention of many big labels such as Ruthless Records and Profile Records.

In 1990, he made up his mind and signed to Profile Records. He was a first six-figure signee for this record label.

Soon enough, he started regretting his contract with Profile Records because he was offered one million dollars in advance by Eazy-E.

After that, Profile Records sent letters to Ruthless Records to step back from their client they tried to steal.

David released his debut album a year after, in 1991. It was titled “Quik Is the Name” and was a big success due to his 2 hit singles from that album.

They were titled “Tonite” and “Born and Raises in Compton”. They were in the top 20 of the R&B singles chart. This album became Platinum by the RIAA and was on the tenth place on the US album charts.

His debut album was the most successful album he had in his career, all that came later weren’t as popular.

A year later, in 1992 he released his second album called “Way 2 Fonky”. The album was certified Gold on October the 9th.

Some of the most famous singles from it are “Jus Lyke Compton” along with “Way 2 Fonky”.

He also produced an album for a rap duo called Penthouse Players Clique that year. The album was called “Paid the Cost” and he produced it along Eazy-E.

Before he made Safe + Sound, David stated that he had an album prepared but that it was too horrible to release.

For his 3rd album, DJ Quik started working with Suge Knight again. They knew each other because DJ Quik was signed to Suge’s label called “Funky Enough Records” in 1988.

Unfortunately, their arrangement didn’t last very long. They did another one in 1993.

There were a lot of guest appearances on it and some of them are Kam, Playa Hamm, 2nd II None and Hi-C. Some of the hits from the album were “Safe + Sound” along with “Dollaz & Sense”.

During the making of this album, DJ Quik had a feud with MC Eiht from Compton’s Most Wanted and with his friend AMG. Today, he is in very good terms with them.

The executive producer of Safe + Sound was Suge Knight. They developed a very good friend and it led to Quik producing a lot of tracks like Until the End of Time and It’s About Time.

He was also a part of Death Row Records for a while but never released an album with them.

He also produced a 2nd II None album for a label called Death Row Records but the album was never released.

He was a big part of producing 2Pac’s album All Eyez On Me but was credited only for producing one track called “Heartz of Men” on this album.

An interesting fact is that he used his real name, David Blake, for the credits of this album because he still had a contract with Profile Records.

He did additional production for this album and mixed it in only two days.

He also wasn’t credited on his work for 2Pac’s single called “Thug Passion”.

He was also producing tracks on albums like Dogg Food and Tha Doggfather where he got no credit.

DJ Quik stated that working with Death Row Records was one of his best life experiences.

In 1996, he produced a track by Tony! Toni! Toné! On House of Music. It was a big success and the song “Let’s Get Down” in it was so famous that they sold over 1 million copies of House of Music.

David also worked with Shaquille O’Neal on his album titled “You Can’t Stop the Reign”.

He also discovered a rapper called Suga Free in 1997 and produced his debut album titled “Street Gospel” that went on the 27th place on the Billboard R&B albums chart which is a big success for a debut.

Many critics thought it was a breath of fresh air compared to usual West Coast G-Funk sound that was popular in the 1990s.

He mixed elements of funk, jazz, rhythm, and blues along with rock and roll in it to compose good instrumentals for the listeners. It was also recorded in only 28 days which is amazing.

It was certified Gold a year later, in 1999 and some of the hits off of it were “You’z A Ganxta” and “Hand in Hand” which featured 2nd II None and El Debarge. The album had a lot of guest appearances from artists like Snoop Dogg, Suga Free, Nate Dogg, and AMG.

He was also producing The Kingdom Come by a rapper called King Tee which never came out because of problems with the labels.

He also had a big part on the following albums: “Y2K: Funkin’ Till 2000 Comz” by Gap Band, “No Limit Top Dogg” by Snoop Dogg, Suge Knight Represents: Chronic 2000 and on a soundtrack for Deep Blue Sea.

In 200, one of his closest friends, a rapper called Mausberg, was also murdered. He released his album along with his own Balance & Options.

After he sold only 400 009 units, Arista Records (which bought Profile Records) dropped him.

He still produced for Janet Jackson, Kurupt, Big Syke and Won G. He also produced a soundtrack of Made in 2001. The same year Suge tried to get Quik to be an in-house producer for Death Row Records.

When he was under Ark 21 Records, he released “Under the Influence” that sold only 200 thousand copies.

He produced a hit called “Addictive” by Truth Hurts which reached top 10 that same year. However, he used a Hindi sample in it which ultimately cost Truth Hurts a lot of money after they sued them.

He also worked with Will Smith, Talib Kweli and Shade Sheist that year.

Because of his problems with records, he retired. His last release was “The Best of DJ Quik: Da Finale”.

Later he came back and in 20p3 he produced on The Black Album by Jay-Z. He also worked with Chingy, Roscoe, Nate Dogg, Butch Cassidy, HI-C and TQ along with E-40 that year.

He also participated on 50 Cent’s album Get Rich or Die Tryin which was a huge success.

He is married to Alicia Hill and has a son David Jr. and a daughter Davienna.

Hus daughter was arrested in 2013 alongside her husband on a serious charge of child abuse which caused death.