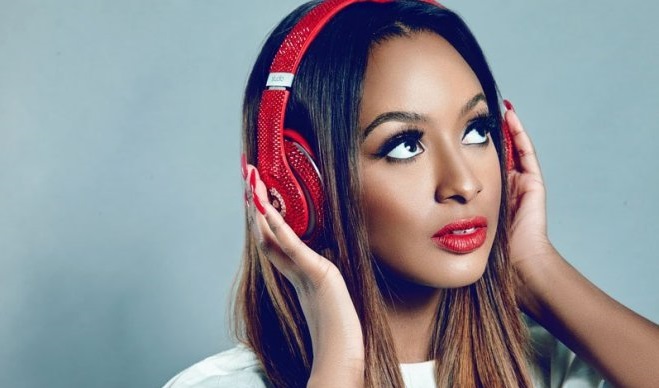 Our today’s article will be dedicated to DJ Cuppy. She is a popular DJ from Nigeria and she is also a daughter of one of the most successful businessmen in Africa.

If you read this article, you will certainly find interesting information about DJ Cuppy and her life. If you have already heard of her, then this article will be even more interesting for you.

After that you will see the most relevant things related to her career, but also some details from her private life.

Anyway, we have prepared many interesting details about this popular DJ and that’s why you shouldn’t miss this article.

We are going to start with the birth of this popular personality, but before that you are going to find out her real name. Even though she is known as DJ Cuppy, not only in Nigeria, but also worldwide, her birth name is Florence Ifeoluwa Otedola. She was born on November 11, 1992 and currently she is 27 years old.

As we have said, her place of birth is Nigeria, actually a city known as Lagos. The father of DJ Cuppy is a very successful businessman in Nigeria whose net worth is very high. Later you are going to find out something more about his wealth, too. His name is Femi Otedola and he is not only a businessman, but also a philanthropist.

Undoubtedly he is one of the most powerful and influential people in Nigeria, so we can say that DJ Cuppy has become even more popular due to her father.

Also, DJ Cuppy attended New York University and she got a Master’s degree in the field of music business.

In the following chapter you are going to see the things related to the career of DJ Cuppy and something about her professional success.

The career of DJ Cuppy started officially in the year 2013. Since then she has made great success as a DJ. In the following year (2014) her first compilation mix was released and it had a title House of Cuppy. This compilation was released in London and Lagos first and after those cities it was released in New York, too.

At the beginning of the year 2015 DJ Cuppy was on the cover page of a popular magazine Guardian Life.

The year 2015 was very important for DJ Cuppy because in this year she started her first tour as a DJ. She was in a couple of African countries, such as Tanzania, Nigeria, Uganda, Ghana, etc. The name of her first tour in Africa was Cuppy Takes Africa.

When it comes to the music style that DJ Cuppy is using, she calls it Neo – Afrobeats. It actually means that she mixes Afrobeats and electro house music.

We have also to mention that DJ Cuppy was nominated for the so called ELOY Awards in 2014 as a female DJ, but she didn’t win it. However, in the following year, actually in 2015, DJ Cuppy won NEA Awards (Nigeria Entertainment Awards) as the best female DJ. It was big success for her and it motivated her to be even better in the future.

However, there is something else that you should know about the music career of DJ Cuppy. Not only is she a popular DJ in Africa, but she is also a singer.

Actually, there are a couple of songs in which she is singing and now we are going to tell you their titles. We have already mentioned Green Light (2017) and it is featuring a popular Nigerian musician who is known as Tekno.

It is interesting to know that apart from her successful career as a DJ, in the year 2014 she became also the tourism ambassador for Nigeria.

However, in the year 2018 DJ Cuppy became the Pepsi DJ Ambassador as well. But, it is not all. The year 2018 was very important for her and her success. She became the ambassador for Global Citizen Education, too.

We have already mentioned the father of DJ Cuppy, but we will repeat once again. His name is Femi Otedola and he is a very successful businessman. He is a billionaire and there is no doubt that DJ Cuppy and all her family enjoys luxurious life. The name of DJ Cuppy’s mother is Nana Otedola.

When it comes to the love life of DJ Cuppy, we have to say that she is not married yet. She was in a relationship with Victor Anichebe, who is a popular football player in Africa, but they are not together anymore.

Today DJ Cuppy is dating Asa Asika, who is a popular music entrepreneur. They have been in a relationship since 2015.

DJ Cuppy is very active on social networks and very often she is posting photos with her family.

If you follow her on social networks, then you can see what her lifestyle is.

The birth name of DJ Cuppy is Florence Ifeoluwa Otedola and she was born on November 11, 1992. Her birth place is Lagos, Nigeria and her father is one of the richest businessmen in Africa, whose name is Femi Otedola.

DJ Cuppy attended King’s College London and also New York University for her Master’s studies. She has a degree in business and economics.

However, she is today one of the most popular DJs in Africa, as well as worldwide. She has a lot of fans who are following everything she does.

She is also active on social networks and she is posting a lot of things not only from her career, but also from her personal life.