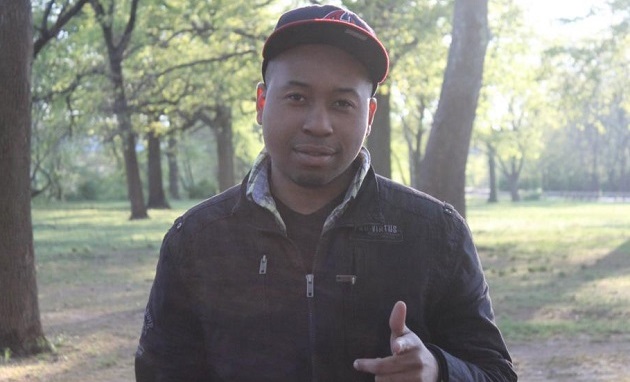 DJ Akademiks (real name Livingston Allen) is a known American-Jamaican YouTube star who is famous for his channel in which he post videos where he gives his satirical comments on news and events in the show industry.

He was born on May 17, 1991 in Spanish Town in Jamaica. He says that he would love to visit Jamaica more often, but that he doesn’t really have the vacation for it since he has to work on his channel all of the time.

His family relocated to New Jersey in 2001.

There he went to school and he finished Rutgers University where he studied bio-mathematics. During his studies, he worked as a disc jockey and was called the “Late Night Creep”.

People odtenly posted comments and news about hip-hop music on various pages so he decided to make a channel that will combine all of the gossip, the news and the extra stuff people find on YouTube.

In 2014 his channel gained popularity after he covered the South Side Chicago Drill.

He was very shy as a teenager so he integrated through hip hop blogs and in college he was already very confident in himself. He says that his channel helped him a lot to gain self esteem and become open towards people.

His channel has over 1 million subscribers and half a billion views. In spring 2017 he started “Everyday Struggle”, a debate show, made in collaboration with rapper Joe Budden (who is a member of a hip hop group named Slaughterhouse).

His channel is satirical so some of the rappers who were subject of his videos started showing hostility towards him.

He oftenly fights with various people on his channel, sometimes producers, sometimes fans and sometimes even famous people. They claim he has no respect, but Akademiks says that he only posts the truth so if they are angry at him, they should be angry at the things they have said.

He had a conflict with rapper Vic Mensa, over his work.

Wale, Soulja Boy, Master P and Meek Mill are some of the names who came in an altercation with Akademiks. Akademiks always tried to resolve that feuds in a non-agressive manner, trying to come to an understanding without violence.

He has been working on an album, but hasn’t officialy said will it ever be published. He claims that he is very proud of it and that it may actually see the light, but people started to make controversy after a popular rapper Waka Flocka Flame said that only rappers can make albums.

We don’t know a lot about his personal and dating life because he keeps it to himself. It’s probably because he doesn’t want to become a target of gossiping, which would happen as soon as he gave people the chance to talk.

There was a rumour that he is gay because of the way he talks which some people thought was faking masculinity, but in the end nobody knows.

He is also known for nicknames The Negrotiator and AK. Most of the nicknames he has were given by people viewing his videos.

He saw how powerful is the web after he posted footage of the parties he DJ-ed and the foreigners came to invite him to make them such parties.

The informations he posts about known stars and hip-hopers are coming mostly from his fans. They even send him videos of known people for him to put on his site.

He has a channel dedicated to violence in Chicago called “War in Chiraq”. He wants to stop it because he thinks that it’s one of the most stupid things he has seen in a while. He is all against violence and war which makes sense because he never fought anyone online, he always apologizes and moves on.

DJ Akademiks is an entertainer that has a YouTube channel dedicated to gossips and TV stars.