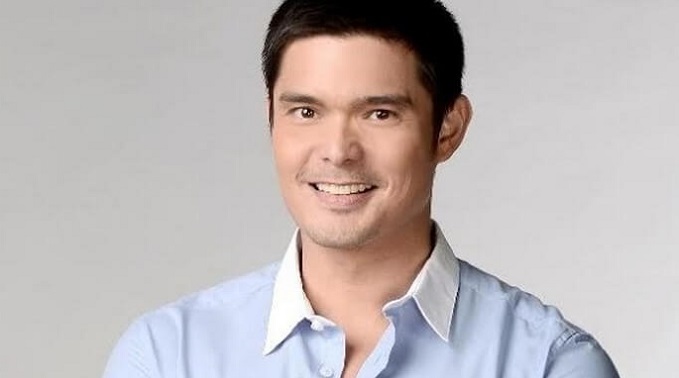 He is one of the most famous people from the Philippines – he’s a dancer, a TV person, and acts in movies as well.

He’s now working with GMA Network and works a lot with charities.

That’s why many people love him! He is a founder of the YesPinoy Foundation and he has lately worked a lot in his film creating company called AgostoDos Pictures.

Jose was born in one of the most famous cities in the Philippines, Quezon City.

When he was only 2, his parents wanted him to do child modeling for commercials, since they saw how cute he was and started to save money for his college funds.

He was in a commercial for Carnation milk, and some others, and this was his first contact with the world of showbiz.

After he grew a little bit bigger, he decided to try dancing. He found it a great stress outlet and joined a group called Abztract Dancers, made for boys only. He was dancing there with some of his closest friends and his cousin.

They soon gained some popularity and started to appear on shows like That’s Entertainment.

At the age of 14, he started to get into acting and that’s when his first roles step in. He was in Shake, Rattle and Roll V.

The episode was called “Anino” and he had a lot of fun there. He realized that maybe acting is his call and that he should invest a bit more time into training.

When he was 17, he was in T.G.I.S. and played Inaki. This was a show for the youth and he said that it wasn’t much of a serious role, but it was very interesting to him and he gained a lot of experience working there with others.

At that time he met Antoinette Taus and they were soon a famous couple in the industry. Because of the “romantic personality” that was discovered in him, he started to get roles that were very focused on relationships.

These movies that he got roles in were My Love So Sweet and Kiss Mo’Ko. After those, he started to get very classical roles and was soon in a TV show called Anna Karenina, which is supposed to be a rendition of the famous work by the Russian writer.

Up to 2000, he was in F.L.A.M.E.S., a show where he played different love interests. He was a true heartthrob and that’s why he got so famous so quickly.

In 2000, he was in Super Klenk, and in 2001 he was in a soap opera from the Philippines called Sana Ay Ikaw Na Nga. Many of his shows from that era were just him playing various macho characters – such as the StarStruck series, Wag Kukurap, Moments of Love and more.

It was in 2007 that he really became popular because he was named the number one unmarried celebrity by Cosmopolitan in the Philippines.

He started to get several award nominations and even won the „most popular in mini-series“ voted in the USTV Students’ Choice Award. He was happy about him finally being noticed, but he didn’t want the attention only because of his looks.

In 2008, he played Fredo in Dyesebel. This was, again, a romantic role. Same happened in One True Love. This movie got rated a B and it did fairly well.

In 2010, he was supposed to be in You Are To Me Everything but this didn’t work out the way it was supposed to. He did put out Endless over and started to get experience in hosting as well.

He hosted the Party Pilipinas and got nominations in Asian Television Awards, as well as PMPC Star Awards for the Television. He was enjoying his time in the spotlight but continued to work hard because he had quite a loto f plans for the future as well.

In 2011, he was in a TV series I Heart You, Pare! And was an obnoxious bachelor there! He was pretty annoyed up to this point because he didn’t want to act the same role over and over again, He started to focus more on other aspects of his life, but still accepted some of these roles until 2013 when he „retired from them“.

In My Beloved and the movie One More Try he played along with some of these big actors that he wanted to meet for a long time, so he was very excited about what was about to come.

In 2013, his life changed and he finally decided to focus on himself rather than the showbiz industry. He worked with PETA in order to free an elephant that was captivated in a ZOO and had no proper living conditions.

In 2014, he finally graduated. He got a degree in Business Administration and this was at West Negros University. He was very happy that he finally had what he wanted and started to act more as a political person.

In 2014, he became the commissioner of the National Youth Commission. He resigned two years later but was remembered in good memory by all people who had the opportunity to see him work.

In 2017, he was a guest speaker for many universities and he spends quite a loto f time working on the lives of young people in the Philippines.

Now he works in Hyundai West Paranaque. He is happy with his current position, but he does a lot of other things besides doing this for Hyundai.

He says that he enjoys being a man who can do many different things and that he likes to be busy unless he is with his kids.

Since he became an actor, he has created a bunch of commercials. His parents always joke about how this is him going back to his roots, referring to the commercials he did when he was only a few years old.

After he got kids, he started to get involved more and more in charities and less in acting. He said that he wants to spend time with them and that he thinks that his time doing commercials and acting on the TV is pretty much done.

Dante is not controversial at all, and he met his wife on the set of Marimar in 2007. He was only 27 then.

Seven years later he decided to propose to her and they got engaged. Her name is Marian Rivera and she is half Spanish and half Filipino. She used to be a model and late ran actress.

In the last month of 2014, they got married in the Immaculate Conception Cathedral. Since they were both loved by the audience and the people of the Philippines, the GMA Network decided to give them a live TV projection and they named their wedding „The Royal Wedding“.

In 2015, Rivera said she was pregnant and she gave birth to a girl in November of the same year.

In April of 2019, she gave birth to her second child. They are called Maria Letizia and Jose Sixto IV.

Dantes is active on Instagram, where he has 3 million followers. He doesn’t post anything a celebrity would, he actually gives a lot of his virtual space to charities and occasionally shares a bit about how his family is doing and what’s new in their lives.