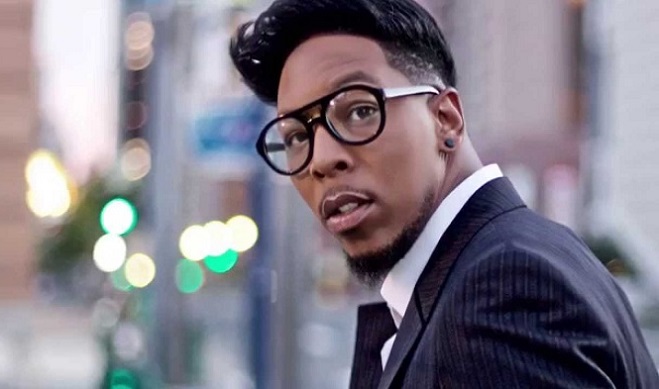 Deitrick Haddon is a known singer, a songwriter, actor and a pastor from the United States.

Deitrick is known for his gospel music and also contemporary music he often does. He also became more famous after being in a reality TV show called „Preachers of L.A.“. This American reality television show started airing in  2013, on Oxygen TV.

The series show everyday life of three pastors and bishops and it became very popular because people didn’t know much about their professional and personal life and this series showed them a lot about it.

Deitrick currently holds the position of the Senior Pastor of a church called the Hill City church, located in Los Angeles in California.

Deitrick was born on May 17th in 1973 in Detroit located in Michigan in the United States. He said that growing up in Detroit he was faced with many challenges and that he would surely not be the man he is now if he hadn’t been born there.

His full name is Deitrick Vaughn Haddon. His father is Clarence B. Haddon and his mother is Joyce R. Haddon. He doesn’t share too much on them because he wants them to keep their private information to them.

Deitrick was always passionate about music and decided that he wanted to have a solo career in it. He said that creating lyrics was something he wanted to continue doing because it was also a fantastic form of therapy for him.

He was also very passionate about preaching because he had done from the age of 11. His father was a preacher and it seemed to be something natural for him. He just thought it seemed very fitting.

He started doing so as a vocalist in “the Lost & Found“ back in 2002 and they performed a lot of R&B songs there. It was a very exciting time in his life and he said that he was very happy to be in the group, but he soon wanted to pursue something else.

With it, he went to No.1 on the Billboard Top Gospel chart which was a huge thing for him. The hit „Sinner’s Prayer“ was extremely popular in the R&B community and was often played on their radios.

In 2004 he got back to work and did a new single titled „God is Good“. He also had two albums that year, „All-Star Edition“ with Voice of Unity and „Crossroads“.

He wanted to market his new album as best as he could so he decided to perform something on a series called „Soul Train“. There he performed a title track of the album along with another song.

In October of 2006, he released „7 Days“, an album he made in hope of getting Gospel music to be more mainstream and approachable to the public.

This album was produced by Tim & Bob. They are R&B artists. Deitrick produced a single on this album himself. It was the lead single „Heaven Knows“. He was very happy when he saw that his single was doing fantastic and he was soon thinking of doing something else for his music career.

Haddon’s brother Gerald helped him produce a new album for Vanessa Bell Armstrong, a known gospel singer. This album was titled „Brand New Day“. It was possibly the best project he has ever worked on, he said.

Deitrick also won an award for „Live the Life“ he did with Voices of Unity.

In September of 2008, Deitric released another album. This one was called „Revealed“. It was a phenomenal album that he was very happy with and that’s one of the reasons why he decided that he may actually stay in the music industry for a little more.

The most popular song from this album is the one he made with Ruben Studdard ad Mary Mary and it is titled „Love Him As I Do“.

In 2010 Deitrick was in a movie for the first time. It is called „Blessed and Cursed“ and was also available on DVDs.

In January of 2012 Haddon released his new album which was extremely successful.

It is called „Church on the Moon“ and is a fifth album he made in collaboration with Verity Records. This album was No.1 on the Top Gospel chart and was also 65th on the Billboard 200 list.

In September of 2013, he released an album called „R.E.D.“. This stands for „Restoring Everything Damaged“.

Since October of 2013 and the release of the reality TV show „Preachers of L.A.“ Haddon was a part of it.

This reality TV show follows the lives of six different preachers from Los Angeles. This show is currently airing on the Oxygen network and only in the US.

A year after, in April of 2014, he released an album „Deitrick Haddon’s LXW“. LXW stands for „League of Xtraordinary Worshippers“.

In November of 2015, he released an album titled „Masterpiece“.

In 2019 he was featured in a movie made by TV One. It is called „Sins of the Father“ and he has a role of Clarence Burnett in it. He said that movies were a fantastic experience and that his favorite thing about the project was getting to meet the new people that were there and sharing the experiences they all had together.

Deitrick also released a loto f Live albums like „Nu Hymns: Sing a Nu Song“, „Nu Hymnz II: Live from the Motor City“ and „Together in Worship“ he did with Voices of Unity.

Haddon also has few compilation albums like the one from 2005 titled „Just The Hits“.

He is considered as a very modern pastor and is often criticized about his open speech. He said that he would rather be hated for what he is than loved for what he is not, and that’s why he still does what he was doing years ago.

He was criticized a lot after publically talking about making love on his Christmas album.

Since it is already normal for him to push boundaries he was not mad because of the reaction but explained how people in the church should speak about it without shame because  God has made it that way.

He also spoke about how he proposed to his wife on the Christmas morning and that it was a special thing for them. He said that love should be cherished and that people should not be afraid or ashamed of what they are currently going through in life.

He thinks of him as the teacher and believes that if sex is a part of the marriage people must stop avoiding the topic at all costs.

He is currently on his second marriage with his beautiful wife Dominique (born McTyre).

They have three children together, beautiful daughters named Denver and Destin and a son called by his father, Deitrick II. He tries to spend as much time possible with them since he says that they are growing up really fast.

His first wife was Damita Haddon who is also remarried right now and has the last name Chandler. She is a known American gospel singer. She was always very passionate about her job and she said that meeting someone with similar qualities was possibly the best thing to her.

He was involved in a huge controversy regarding his divorce from his first wife. He had received a lot of judgment because of his behavior and he even tried to explain himself on his Facebook page.

The controversy lies in his new relationship and marriage to Dominique because he got involved in the affair while he was still married to his wife. He also gained a child from that affair in the period when he was still living with his wife.

He tried to justify himself by implicating Isaac Carre, a known gospel singer, in the story, claiming that Isaac had an affair with his ex-wife Damita in the same period.

His wife Dominique is also a pastor there. They have a lot in common and that’s why their relationship is working so well.

One of his favorite artists is Usher and he stated that he has an amazing voice. He also loves his dance moves.

He thinks that music is the most powerful media and when asked about the influences he mentioned several names like Donny Hathaway, James Brown and Bob Marley.