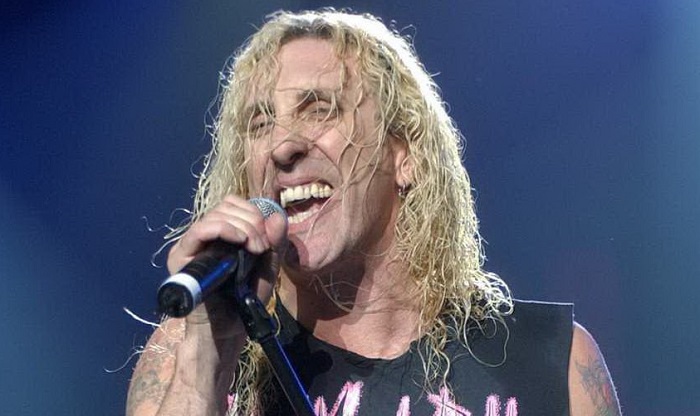 Dee Snider is one of the most interesting American heavy metal performers who also works as an actor and a lead metal vocalist for a heavy metal band hailing from New Jersey titled „Twisted Sister”.

He is still a very popular artist in the United States.

He was born as Daniel Snider on March 15, 1955, in a middle-class borough of the New York city called Astoria, which is a part of Queens.

He has spent his childhood in a pat of Hempstead called Baldwin. His father was named Bob and he worked at court as a clerk while his mother was Marguerite and she worked as a teacher in school.

His mother’s family originated from Switzerland and was a Catholic until he joined the Episcopal Church. That is why the whole family turned to Episcopalians.

He joined the church choir very early in his life and he was also a member of the Baldwin High School Concert Choir where he showed his great vocal skills.

He was in his early twenties when he decided to join a metal band. The band’s name was Twisted Sister and he soon reached the position of the band’s songwriter. The name of the group’s debut album was „Under the Blade“ and it came out in September 1982.

It was released by Secret Records and was quite a success. Nine months later the group released another album called „You Can’t Stop Rock ‘n’ Rol”, which was released through Atlantic Records and entirely produced by Stuart Epps.

The album was a huge hit and had very good sales in the USA. The most notable single from the album was „The Kids Are Back”. „Stay Hungry” is the name of their 3rd album which came out in the spring of 1984 and turned out to be the most successful album of Twisted Sisters.

Two singles from this album „We’re Not Gonna Take It” and „I Wanna Rock” became huge hits and helped the sales of the album. It was eventually sold in over 3 million copies which meant it gained multi-platinum status.

Snider changed his appearance on this album and adopted the look of a drag character female with blonde hair. He also wore complete female make-up. In the summer of 1985, he hosted a TV program named „Heavy Metal Mania” which showed heavy metal videos and brought metal news and similar.

The group’s fourth album was named „Come Out and Play” and it was released in 1985, by Atlantic Records. It was produced by Dieter Dierks but was not as successful as the last album.

In 1985, on American committee called Parents Music Resource Center was formed and it proposed a warning system for various kind of music which contained explicit content or objectional themes like drugs, violence, and sex. Snider was one of the artists who strongly opposed to this warning system because he claimed it was censorship. The system never came to life but it resulted in a label everybody knows: „Parental Advisory”-

In 1987, the group has released a new called „Love is for Suckers“ and it came out under Atlantic Records label. In October 1987 Snider left the band to pursue his solo career.

Snider formed his new band named Desperado, in 1988 but it lasted for just a short period. His band colleagues were Clive Burr who was earlier a member of Iron Maiden, Mac Russell, and Bernie Torme. The group managed to record one record before their separation. It was „Bloodied But Unbowed” from 1989.

The next group Snider found was named „Windowmaker” and he took care of business by starting his collaboration with a drummer named Joe Sister, Al Pitrelli and M. Russell.

Windowmakers have released two project albums named  Blood and Bullets and Stand By For Pain. The success of these albums was modest and they have mostly listened to the underground scene.

During the 90s this awesome rocker started going on tours with his own tribute group which he named “Dee Snider’s SMFs”. They drew a lot of attention and the group consisted of five members, sometimes six if A.J.Pero joined the tour.

In the year of 1993, Dee made a great composition to serve as a theme song for an animated segment named The Terrible Thunderlizards, created by Savage Steve Holland and Bill Kopp.

Four years later Dee Snider became the host of a radio show which focused on hard rock and heavy metal music which was listened to on hundreds of US radio stations. He became popular for his signature catchphrase which he always used to finish the show: If it ain’t metal, it’s crap!

Since he was a very good songwriter he often wrote songs for famous artists. Many people don’t know that he had written  “The Magic of Christmas Day ” for Celine Dion in 1998. Celine herself was not aware of it.

He has also written the script for a horror movie named Strangeland. After his successful work in the first part of the movie, he has written the sequel named “Strangeland: Disciple”. But the movie never saw the light of the day.

In the summer of 1999, he became the host on a Connecticut radio station which was named after him: Dee Snider Radio.

He nicknamed his own listeners “Peeps” and he had so many fans that he had his “DEE”  stickers on thousands of cars of his fans.

The morning show wasn’t hosted only by him but with Nick Lentino, Beth Lockwood, Sean Robbins, and more.

The show often invited famous guests so he can brag about interviewing  Ozzy Osbourne and Gene Simmons from KISS.

Snider was featured on a lot of different media, not only on the radio. He gave his voice to a character in Jak and Daxter video game made for Playstation.

Snider also had some movie roles. In 2002 he starred in made for TV movie called Warning: Parental Advisory.

Dee also gave his voice to a character of an extremely popular cartoon on Nickelodeon called SpongeBob SquarePants.

He had also entered the soundtrack of  The SpongeBob SquarePants Movie.

He is often hired as a narrator due to his very pleasant voice. He worked on various movie trailers, DVD special features, and branding campaigns.

He is the main narrator of Van Helsing’s Curse show which tours through the United States in the Halloween period and he does it from 2004.

In 2008 he was invited to be the host of the “Aftermath” concert in remembrance of the victims of the terrible nightclub fire.

In 2008 he joined Gone Country show released on CMT’s where he became one of the contestants.

The winner of the show received a prize in the form of the release of a country song.

He appeared the same year in an episode of Kitchen Nightmares with Gordon Ramsay. He donated one of his motorcycles to collect donations for saving the restaurant.

He is also the host of Dead Art Show which aires on Gallery HD Channel, which speaks about the art of cemeteries.

He was featured on the Z Rock series where he played the role of himself. He was a rock guru in the series.

In the summer of 2010, he and his family started participating in their own reality show called “Growing up Twisted”.

In October the same year, he gained a role in a series Rock of Ages where he played the character of Dennis.

He also appeared in The Apprentice in an episode in which he helped John Rich finish his last challenge. He joined the show because John Rich is his friend.

Dee also appeared in a music video directed by his son Cody Blue. It is a video for the single named “Immaculate Misconception” which was performed by a metal band Motionless in White.

In 2012 he and his wife joined the Celebrity Wife Swap reality series where his wife Suzette made a swap with Flavor Flav’s fiancée named Liz.

In 2012 he entered Donald Trump’s Celebrity Apprentice show but he was released from his workplace after seven episodes.

Snider gained a lot of money in the summer of 2012 by appearing in a commercial for Unibet.

He appeared on America’s Got Talent in 2012 where he performed his hit song “We’re Not Gonna Take It”.

At the end of 2014, he staged his first Christmas musical titled Dee Snider’s Rock and Roll Christmas Tale. In 2015, he staged the same musical in Toronto.

He is a narrator in the documentary movie Attack of Life: The Bang Tango Movie.

During his 2018 performance on Broadway, he dedicated his hit song “We’re Not Gonna Take It” to all the teachers who protested for raising their salaries and he completely agreed with them that they are underpaid.

As for his personal life, he is in a long marriage with his wife Suzette, whom he married in 1981.

His son Jesse is the lead singer of a metal band called Baptized By Fire. Cody Blue, his other son, directed a music video for another metal band.

He lives with his family on Long Island.