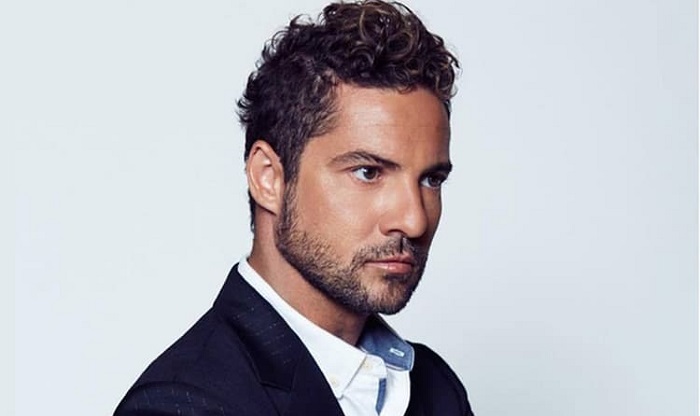 David Bisbal is a singer, actor and a songwriter hailing from Spain. He came to the spotlight after he was one of the reality TV stars on Operacion Triunfo, a reality TV show very popular in Spain.

Since his appearance on the already mentioned show, he released five albums till today. All of those albums went to the Spanish Albums Chart and few of them very in the first five.

He toured in a lot of countries in Latin America along with Europe.

Till today he had 69 platinum albums, twenty gold, and two diamond ones.

David was born on June 5th in 1979 in Spain, Almeria to be specific. His full name is David Bisbal Ferre.

His father is Jose Bisbal and he is a professional boxer and was also in a musical trio. His mother I Maria Ferre Montoya. He is their last child and he has two older siblings, a brother, and a sister. His brother is called Jose Maria and his sister is Maria del Mar.

He was talented since his early years but was very shy in showing his talents.

He went to a secondary school in his hometown named IES Al-Andalus but he dropped out of it when he was around 15 years old.

After he left school his father found him a job in a nursery in Almeria. He worked there for a few years until he found the producer of the popular band called the Orchestra Expressions and he offered David a job. He was the main voice in the orchestra.

That’s when he discovered his passion for creating music. In this band, he developed his vocals and became a better singer.

After being in the band he tried and auditioned for Pop Idol. The audition was held in Barcelona.

David was one of the 16 contestants of the show that were considered for a huge world-known competition called “Eurovision”. He was also performing in 2001 Eurovision where he sang the chorus of the song along with artists like Gisela, Geno, Rosa Lopez, Chenoa, and David Bustamante.

He was considered because he auditioned for the Operacion Triunfo in 2001 which is Star Academy but in Spain.

He got to the finals but was eventually beaten by Rosa Lopez and came second. Although he wasn’t first he was in the top three which meant he could g to the second phase of the contest in which the winner would get a chance to perform on the Eurovision that year.

He again lost to Rosa Lopez but did an outstanding performance of a song called “Corazon Latino”. Rosa sang the song “Europe’s Living a Celebration” on the Eurovision contest in 2002 that was held in Tallinn. Although he wasn’t the main voice of the performance he had a chance to be a backing vocal for her.

After this, he signed a contract with a record label called Vale Music and he released his first debut album with them. It was titled “Corazon Latino” and was released in the summer of 2002. It was a big success and it went platinum seven times. The alum was on the top of the Spanish Albums chart for 7 weeks in a row. A year after he received an Amigo award. The ceremony was held in Palacio de Cristal de la Arganzuela in Madrid.

In October the same year, he began touring Latin America. He started in Argentina and visited 12 countries there. He had 17 concerts.

In November of 2003, a version of “Corazon Latino” was released in Mexico.

The most successful song of that album was one titled “Ave Maria”. He won the Latin Grammy for this album.

He released a track for his following album in December of 2003. It went to first place on the charts in Latin America and Spain.

In 2004 he made his second album and he decided to title it “Buleria”. It was again produced by Kike Santander just like his first album.

In November of that year, he went to Germany to promote his track with Joana Zimmer.

In 2005 David released a DVD called “Todo Por Ustedes” and it had recordings of his live performances from some of the tours he had in Spain, the US and Latin America.

He released his first track of the upcoming album in August of 2006 and it was titled “Quien me iba a decir”.

He released his third album in October of 2006 and he named it “Premonicion”. Only in the first week, it became 5 times platinum. David sold over 900,000 copies of it immediately.

The month of the released he was performing in Strasbourg to the European Parliament. This album was on the Spanish chart for a month.

He won the Ondas Award for this album. He got it in the Barcelona Teatre Musical. He also got a Microfono de Oro award for it.

He released a single for the upcoming album called “Silencio” in January of 2007 and it was a number one for eight weeks.

In 2008 he sang with Rihanna, an extremely famous singer the song “Hate That I Love You” and this performance was featured in a reissue of her album called “Good Girl Gone Bad”.

In October of 2009, he released “Sin Mirar Atras” in collaboration with DJ Sammy, a writer and a producer with whom he did a track “Aqui Ahora”.

The first track of that album called “Esclavo de Tus Besos” that was produced by Armando Avila was premiered in August and the video for the single came out in September the same year. It is David’s most successful single until today. It went to No.1. in Spain, the US along with Latin America.

In 2010 this album reached double platinum in Spain and also Platinum in Argentina.

Some of the other singles from this album are “Mi Princesa” and “24 horas”.

In November of 2010, he got the Gold Record because of the selling of the album n USA and also Puerto Rico.

David also made a song for a known Spanish soap opera named “Herederos de una venganza”. It is one of the most popular soap operas in Argentina. Some of the star actors in it are Luciano Castro, Federico Amador, and Romina Gaetani. In this telenovela, all of the romantic scenes feature songs sang by David Bisbal.

David was also a judge on the Spanish reality TV show called “La Voz”. He was coaching the winner of the first season called Rafa Blas.

He was also the judge on the third season of the same show but in Mexico.

In January of 2014, he announced that he wouldn’t be judging in any of the shows anymore because of his upcoming album “Tu y Yo”.

In 2016 he was mentoring the contestant Hector Osobampo in the show “La Apuesta” who also won.