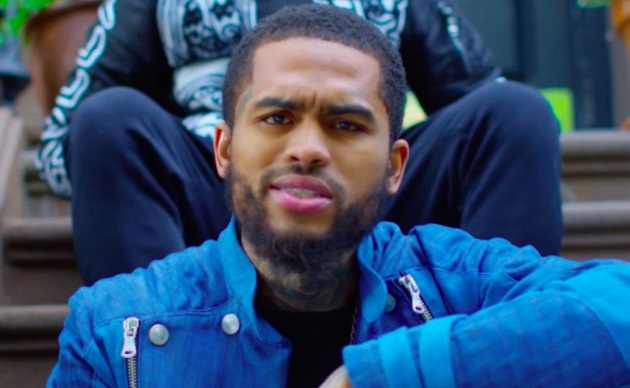 David Brewster was born on June 3, 1988 in East Harlem in New York. He spent all of his childhood there and he is mentioning it in his songs a lot.

His parents and grandparents moved to America from Dominican Republic and Barbados, which explains his looks. He was never ashamed because of who he is or his origins and he embraces them daily.

As a kid, he was obsessed with basketball and  the NBA, and he played basketball with hopes for becoming a known player. Although he was great at that sport, he was even better in rapping and writing rhymes.

In his late teens he and his family relocated  to Maryland where he played basketball for the school team: Springbrook High School.

He was  also a player in the  Amateur Athletic Union. There he got to know many great NBA players that made their way to the best, such as Kevin Durant and Ty Lawson.

David enrolled Richmond  University  and after that  he got transferred to Towson University. He gained attention from many scouts but for a while he couldn’t decide does his future lies in sports or in music. Ultimately he decided to make his career in music.

His debut, his first mixtape, was released in 2010 and was called Change of Plans. After that, he released several mixtapes: Insomnia, No regrets etc.

At first, he couldn’t finance himself and his career only through rapping so, from while to while, he sold drugs in his own neighbourhood – Harlem. Luckily, his career went in the right direction and soon enough he could get out of the business and he could support himself from his music career only.

He caught the attention of one of the most popular rappers known as Nas. Nas contacted him and his record house Mass Appeal Records released his Black Rose mixtape in 2014.

A year later he released a new tape named Hate Me Now featured by Mack Wilds, Pusha and Nas.

He made a lot of appearances in other rappers singles and became more and more popular.

He and his fellow rapper Kur released Born Broke, Die Rich together in 2016.

At the end of the same year he signed a contract with another label house called Def Jam recordings. The first single was the one named by his daughter Kairi.

This year he had his acting debut, in Being Mary Jane series, and in commercials, like Puma. He said he was maybe going to pursue his acting career in the future.

This year he will be hosting Goldie awards.

He was in a relationship with Milagrito ( Millie ) Colon but they got separated soon. After they got their first child Kairi, David took care of her and she currently lives with him.

He is in a fued with the baby’s mother Millie.

He named his mixtape from 2016 after his newborn daughter Kairi Chanel.

His stage name Dave East comes from his real name David and his neighbourhood East Harlem.

Dave often fights with his baby’s mother over the social media. He emphasizes she is not a good mum, that she never worked and that she is not fit to take care of the baby.

Dave East has been supported by his mentor DJ Ill Will in building his career.

Dave East is an aknowledged American rapper of Muslim descent, whose career is till on the rise, and he is earning big bucks by releasing mixtapes and hosting events.