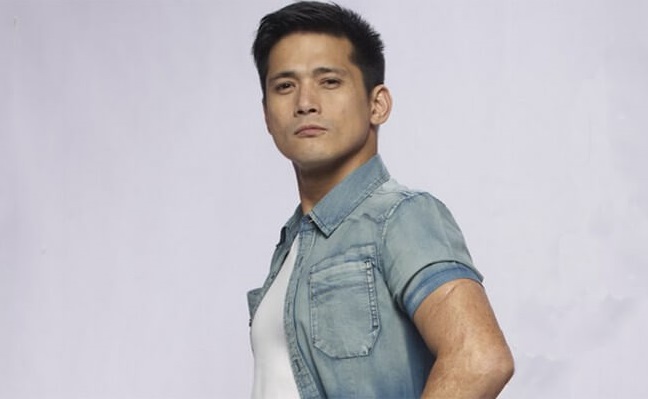 Daniel John Ford Padilla is a star that was born and raised in the Philippines.

He became well known when he was really young, which lead to him having many nicknames like the „King of Hearts“ and „the Teenage Heartbreaker“.

In 2010, he was in a pretty popular soap opera under the name Gimik 2010 and this is how he became known and got many of his future roles.

He was the star of Growing Up in 2011 and many teenage girls fell in love with him. He was soon one of the biggest stars of his age in Asia.

Princess and I, Got to Believe and Pangako Sa’Yo are just a few of his projects that helped him gain enough fame so he could move on in creating bigger movies and even singing.

His most popular movies to this day are Crazy Beautiful You and Barcelona: A Love Untold.

After a lot of acting, he started to work on his singing because he wanted to become a famous singer. He has had albums that went double platinum and has published Daniel Padilla, DJP, I Heart You and more.

At the peak of his popularity, he held concerts live Daniel Live! And more. He was nominated for multiple awards and has won many of them, which has been the proof of his hard work.

Daniel Padilla’s full name includes his middle names, John and Ford. He was born on April 26th in 1995 in the town called Manila, the capital of the Philippines.

At a very young age, he started to pursue his career and he got a management company Star Magic to work with him.

Because both of his parents are very famous and have quite a lot of money, Daniel has been in the spotlight since he was born.

They knew that they wanted to help him become a star and therefore his dad, Rommel Padilla, an actor, and his mother, Carla Ford, also known as the singer and TV person Karla Estrada, tried to help him as soon as he became old enough to be in baby commercials.

His uncle I also an action star and that has helped him as well. However, his father was not always in his life and his mother actually did all of the care. She was a single mother, but she was pretty financially stable and this never created a problem for her.

Padilla has a very big family, including 7 half-siblings that his dad had with other women. Some of them are actors, some singers, and some DJs. He also has younger half-siblings when his mother decided to move on and date other men.

In 2011, when Padilla was only 16, he said that he wanted to meet all of his relatives and his parents were supportive of that, so they helped him arrange the whole thing.

Daniel studied in Tacloban where he lived for a short period of time. Later he was a student in the AM Education System and he said that he had to get homeschooled after some time because he had so many activities and jobs outside of school that he could simply not balance them all.

His mother said that she wants all of her kids to go to school and that’s the reason why he had to pursue his education even with a pretty stable career.

Padilla can thank his career to a man called Douglas Quijano, a very famous Filipino man who is often called „the talent hunter“ or „the talent magnet“. He is a manager who saw great potential in Daniel and he decided to get him to audition on Star Magic.

He got in during the year 2013 and he said that he didn’t really think that he would make it in so early, but he did, and he was thankful for it since his parents had a loto f controversy and financial issues going on at the time of their divorce.

His first jobs bega in 2010, when he was in a series called Gimik 2010. This was a show for the youth and he acted alongside Julia Montes, who I also a very famous star now.

This lead to his next role called Growing Up and the one after that which was called Princess and I.

Many people think that he can thank his career to his looks and charm because teenage girls in the Philippines have been going crazy for him, creating a huge fuss about him and therefore securing him a lot of role in the more famous series back in the tie.

He worked in 24/7 Love in 2012, which was his first movie ever. After the famous Metro Manila Movie Festival that he appeared at, he found out that he would also be in Sisterakas. These were his first movies and he proved to everyone that he was a pretty good actor even back in the young days.

Star Music decided to help him publish his first album under the name Daniel Padilla. The 10 000 copies that were sold in only a week were a really good indicator of the future career this boy will have.

In 2013, he had very famous music videos and one of them was „Nasa Iyo Na Ang Lahat“ which also got many awards and was pretty famous amongst the youth.

At this time he also had many concerts and his favorite one was surely in the Smart Araneta Coliseum.

In Got to Believe, he played one of his most famous roles and many critics praised him. In 2013, he was in several of the most profitable movies in the Philippines.

I Heart You was his next album that came out in 2014 and it went platinum really quick. In May of 2015, it went double platinum and this was a great shock to the young actor.

The 19th birthday he spent doing a concert, which was something that he could have only dreamt of. In 2014, he decided that instead of acting, he would create movies. He made Sa Ngalan ng Ama Ina at mga Anak and She’s Dating the Gangster.

He wanted the star in the movie to be some of his friends that he had connected with overtime when he was acting in series.

In 2015, he had another very profitable live in Dubai and he was named one of the most interesting Nickelodeon stars. Many people voted for him in the Nickelodeon Slime Awards and his Facebook fan group made the video of him in the award show very popular.

His next major concert was called „Most Wanted“ and it was only the beginning of his fame that year. His Christmas songs and the big concert in December have topped all of his sales from the last few years.

In 2016, he decided to make a compilation album called DJ Greatest Hits and many of his fans kept buying the album although they were already familiar with the songs.

In 2016 he said that he will be a part of the Philippine horror movie or series called Immortal.

Daniel has been known as the „swagger“ of the Philippines because this I also the image his father and grandfather have portrayed in social media.

He has shared many times that although a loto f people like him and find him attractive, he is actually not that confident and he is not arrogant at all.

Even Mariah Carey said all the best things about him, which he said made him blush. Many feel like he was exploited by his parents at a very early age and they feel sorry for him, while others think that this is possibly the best thing anyone has done for him.

Padilla said that there is often a loto f controversy related to him and his concerts because people tend to talk bad about him just because they know that his parent’s name is very popular.

He is very mature for his age as well. When the Philippine Association for Basketball wanted him to play in their league, he said that they will accept him only based on his acting skills, which he doesn’t want.

In 2011, he started to get popular on Twitter. He has over 5,5 million followers today and he talks to them all of the time. He also a big philanthropist and he says that giving to others is something that he loves to do.

He promotes Original Pilipino Music, which is an organization that takes care of young musicians and promotes them.

He was very active in July of 2017 when he worked with Cybersmile. His acting friend Bernardo also wanted to be in the campaign, and the two of them were ambassadors that talked all about cyberbullying and the hate that starts on the Internet.

He ha also been a huge help for those who had lost someone in the Yolanda typhoon. He has donated money by making a concert and giving the profit to the charity. He has been given an award for this, but he was very shy when accepting it.

He was also in a charity game called Hoops for Hope and he is now amongst the 12 most influential philanthropists in the Philippines. Many say that this is phenomenal because of his age.

He now works with many companies like Pepsi, Nescafe, and Honda!

He appears in their commercials, talks about them on social media and sometimes lets them sponsor his concerts as well.

He is a true businessman in the making.