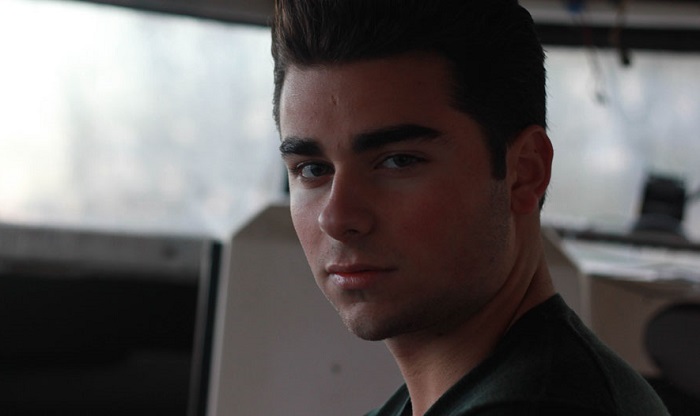 Coby Persin is an American YouTuber known for his channel zipkid99.

He got famous for his social experiments and pranks he makes. His most popular videos are:“Girl Walks Around NYC With No Pants“ and „Making Homeless Guys Arm Wrestle For Money“.

He was born on May 7, 1994 in a town of New York in United States. He spent his childhood alongside his brother with whom he is stil very close.

He moved to Passaic in New Jersey from Florida when he was 10. This turned out to be a great idea since he had a much easier time meeting new people.

When he was 19 he worked two jobs to earn money; as a worker in a warehouse and in a catering company.

He was just a teen when he started appearing on TV and in magazines in various commercials.

He was modelling for Fuerte Men, Mentality Magazine and more.

He worked as a model for Abercrombie & Fitch for almost twelve months. This was a great chance for him to meet new people and get into the more popular circles of the town.

His YouTube career started in 2010. His first intent, in opening a YouTube channel, was to earn money through making pranks. But the pranks wouldn’t be just for earning money but also to teach children about internet dangers and how to stay safe online.

He was very inspired by another YouTuber called Vitaly Zdorovetskiy (known for his VitalyzdTV), whop was a popular prankster.

People who started watching his channel realized that he pays attention to what he does and what  message he is sending.

One of his videos focused on social problems is called „Dangers of Social Media“, and he used it to speak about internet safety. He likes to use internet for the best possible purpose: to raise awarness about many harmful things.

His first big succes came with a video in which he pretended to be a celebrity. This video gained 600,000 views and went viral.

One of the most popular videos was „Facebook test“ and it wa smade with various teenage girls. The video showed how all the girls decided to meet with him,  in spite of the fact that he was an unknown guy on Facebook. He did this with the permission of girl’s parents.

He is not trying to put out videos on a daily basis, but he does it in a month or two because  he thinks quality is over quantity. He spends a lot of time doing his research and editing the videos because he doesn’t want to have issues with the law.

In spite of the fact that his videos are not often posted he gets a lot of views, often more than a half a million per day. This is an astonishing number.

His net worth is estimated around $2 million and since he is a model he sometimes even earns more. He earns most of his money through YouTube, but he also does some gigs on the side and he enjoys hanging out with other influencers.

He has over 4 million subscribers and over 800 million views all together from the opening of his channel.

Almost every of his videos gets an average 750,000 views on daily basis and every video he made went viral.

This means that he earns approximately $1000 a day only from the ads on his channel. This adds up over the month, but he deserves the cash and he is constantly working on creating better content.

He has dropped out of school because he found it boring. That is why he hasn’t finished any college. He considers himself smart, though, and he is one of the many people that actually likes the way that other people think about him.

He loves social media, and has over 200k followers on Instagram, and over 4,9 million on Youtube. His fans follow him on all of his social media profiles and they are pretty active there.

He loves cars and has a lot of them. His most favorite are Audi R8 and BMW i8. He especially likes his BMW i8 which comes in black and gold.

His love for cars made him enter a car rented business where he offers exotic cars for not so pricey rent. He wants other people to enjoy life just as much as he does and therefore he wants to give them a bit of luxury.

This service is called „Fort Lee Golden Chrome Car Rentals“ and is the first in the world to offer all gold chrome, along with a chauffeur.

Five cars offered for renting are; Audi, Land Rover, Maserati, Porsche and of course BMW i8.

He often makes videos about “gold diggers” and how people like money too much. He tries to stay aware of his money and the way that it is sometims controlling him, but he himself says that it is very tough to do so.

One of the videos that rose questions about how girls like money was when he acted as he had his own private jet plane and the girl who has a boyfriend decided to go with him just when he told her he is very rich.

One of his epic videos was called “Fake Obama” and it was performed on Times Square. He has managed to gather hundreds of Obama supporters to greet the president and not one of them noticed that it wasn’t president Obama but a man who is very similar to him.

His video called “Homeless Billionaire” showed how people have negative opinion on homeless people. He says that even he doesn’t sometimes believe the things people do and say to others, especially those who lack much in life.

Although his career started with the usual prankster jokes, later his videos became more social aware and he became known for several serious social experiments he filmed.

Sometimes he receives bad comments about his work and some people think that he is ruthless and crosses line, but he thinks that it is the easiest way to raise awareness about some things: to shock enough to change someone’s view on things.

Coby stated that he was inspired by Vitaly and Roman Atwood, both very well known online pranksters.

In September 2018, he had moved into his new penthouse in New York, worth $4 million. He posted a lit of photos of his beautiful flat, happy with his success.

He has a puppy named Snow, who is half arctic Wolf and a half husky. Coby takes photos of his dog very oftem and takes good care of him. He loves Snow very much and takes him with him everywhere he goes.

He hasn’t got any tatoos on his body but he does think about putting one. Once he has put a fake tattoo on his arm and posted his photo on his Instagram channel to see how his fans like it and to hear their reaction.

He tries to be aware of daily news, but he admits he gets caught up in creating his projects. That’s why his friends are here.