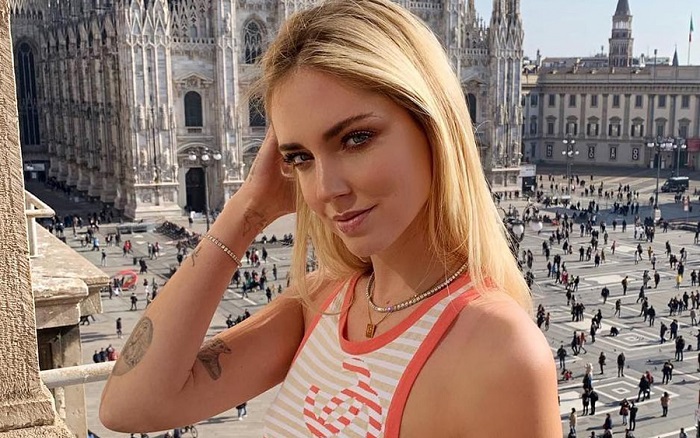 Influencers are those who create what the world will eat, drink, wear, and vacation; and they can influence millions of people just by posting one post on Instagram.

And besides this impact, these people are making millions of dollars along the way, but this is not all. Many of them will tell honestly that their journey was not easy, especially for those who started this road first.

They live a dream life, and we all want to be a part of it, but we should never forget those who were the first.

Among them is a 30-year-old Milan native Chiara Ferragni who is famous for her fashion blog, The Blonde Salad.

Her fashion blog was famous before Instagram was in, way back in 2009.

She became so influential that the Harvard Business Review worked on its first-ever case study based on a fashion influencer.

She is so popular these days that she has her line of shoes, and during her work, Ferragni has worked with many famous brands like Gucci and Guess.

Her Net worth is now around 10 million dollars.

This fashion blogger and influencer was born in Cremona in Italy in Europe on May 7, 1987, and her father is Marco Ferragni dentist, and her mother is a writer Marina Di Guardo. Her love for fashion was definitely inherited from her mum -she was a good looking lady and had a fling for fashion.

In some interviews, she stated that she had a very happy childhood where she shared sweet memories with two younger sisters.

One is Francesca who is now a dentist, just as their father and other sister is Valentina who is a fitness star.

Chiara started working as a model when she was 16, she signed for famous “Beatrice Models” agency in Milan, but she was attracted to many other things, so, even if she had the looks to be a model, she gave it up for other things.

We could say that Chiara started working as a fashion blogger before anyone of us really knew what that meant.

Way back in 2007, Chiara was active on Flickr platform where she posted her outfits daily, even few times a day.

She became very popular and made a serious number of followers here.

This was the moment when she discovered that she could do this as a job, and soon she turns into the business, that will quickly bring her a lot of money.

The next logical step in that direction was to create her own fashion blog, that she called “The Blonde Salad”. This was 2009, and it was a logical step in her career, since she adored fashion and was good in it, and people like to read it. She once stated that she started her blog in the best possible time for that and that she saw the opportunity when others did not.

Chiara on her blog, talks about all things that women love – fashion, beauty and travel – the things we want to have and see, but we cannot, so she gives us that experience.

In 2011 she became one of the most prominent and most influential fashion bloggers in the world, and remember in that time not so many people were into blogging.

This was the year when she was named the blogger of the moment, by Teen Vogue, and one interesting thing is that at that time, Chiara did not avoid her education; she was a student in the University Bocconi.

As far as her studies go, Chiara never graduated from this University, because she finds her true purpose in other places.

In that same year that will be so successful for her, she reached 1 million visitors on her blog. Every month 10 million people visited her channel.

Two years later, Chiara published her eBook “The Blonde Salad” on the Italian language. Same in 2013 a renewed fashion brand “Guess” offered her to be their model for a winter campaign. In 2014, she collaborated with Steve Madden – Chiara was asked to design a spring shoe collection.

She presented the Italian Awards that was broadcasted on television, and she performed in an entertaining Italian show called “Chiambretti night”.

Chiara attended the Cannes Film Festival – on a premiere of a film called “We have hope”.

Chiara was also the judge in Project Runway in 2014, and this was the episode called “Rock the Wedding”.

One more amazing thing for young fashion blogger happened when she covered Vogue Espana, as the first fashion blogger ever that was on the cover of any Vogue in the world. Until this day, Chiara has more than 50 covers in different magazines.

She is every year among the 500 most influential people in fashion, and she also receives a prize for the best personal style blog.

In 2015, Chiara was awarded as the “Blogger of the year” and in same that year Forbes put her on their traditional list 30 under 30.

She was the winner of the Marie Claire Prix Excellence de la Beautè Award for the renowned category “Beauty Icon”.

Harvard Business School made Chiara’s blog a part of the studies for students to learn about the importance of media in business.

She was also chosen by Amazon to be the face of their all fashion campaigns worldwide.

In 2016, Barbie manufacturer, Mattel created a version of Barbie which is based on Chiara’s looks. The doll was wearing clothes and shoes from the Chiaras collection.

In 2017, her brand continued to expand – she designed for the bran “Intimissimi”, and on same that year she opens a collection store in Milan.

Chiara was in a long term relationship with Riccardo Pozzoli, which lasted from 2007 to 2013. Riccardo is a businessman and an entrepreneur who help her start her business and was there in the beginning; but they remain friends till this day, and he is still her business, if not an emotional partner.

In 2014, she dated an American photographer from Los Angeles, Andrew Arthur, but this love connection did not last long.

Chiara was engaged to Italian rapper and music producer Fedez who was also one of the judges on an Italian talent show. They even got engaged during his concert in Verona.

Her wedding dress was also something special – it was designed by Maria Grazia Chiuri and it took over 1600 hours of labor to craft.

These two lovebirds call themselves #The Ferragnez, and the ceremony of their marriage was extravagant – with a fairground carousel and fireworks display.

She adores Forrest Gump movie, and as she stated her favorite food is every kind of Italian food, including pizza and pasta.

It makes sense that her favorite perfume is Miss Dior since she was the face of that perfume when it got on the market.

It may not seem so, but Chiara loves tattoos and has many of them, but all of them are small and hidden, like “Baby Girl” between her fingers, and tattoo of Mickey Mouse.

In the end, everything that this lady blogger and influencer does is connected to glam and glitter, and she parties in style – for her birthday she took all of her closest friends, family members, and colleagues to a trip.

On that particular occasion, Chiara wore a dress that was custom made and covered in Swarovski crystals.

She received most of her income, which is a significant number from her collection of footwear in 2014.

She has surpassed the number of 10 million followers on Instagram in 201, and Chiara uses her own hashtag #TheBlondeSaladNeverStops.

According to one article, one of her posts on Instagram is worth a staggering $12,000 – so you can count yourself how much money she can make by posting daily.

She adores Coco Chanel and Cucci, but she is a force in fashion herself.

Chiara is the CEO of her own company, The Blond Salad – a multipurpose company. It has it all; it is a talent agency and a lifestyle magazine, online edition. One section of the company sells exclusive collections.

As far as her wealth goes, the majority of it comes from her shoe collection named “Chiara Ferragni Collection”. They are available in 200 stores in 25 countries across the globe, the collection that has a price range of $200 to $550, is accessible online through stores like Farfetch, Amazon, and Saks Fifth Avenue.

Nowadays, Chiara works with the large staff of people, approximately 20 people, and her success is more significant than ever.

This is definitely one woman who knew how to use the given opportunity or to be more precise, she created that opportunity for herself and made a fortune out if.

But maybe this is not the biggest thing in her career, and maybe the most significant success is her influence on other people who work nowadays as bloggers and influencers.