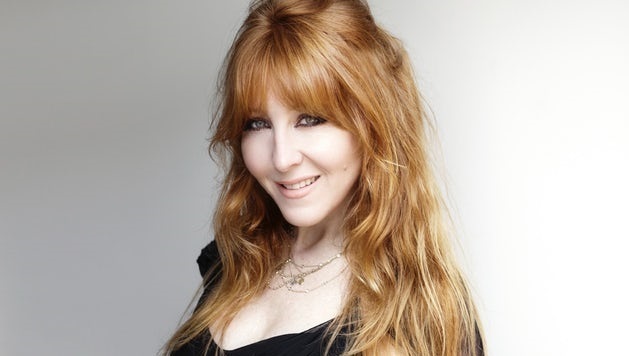 Charlotte Tilbury is a highly respectable makeup artist hailing from Great Britain, who is also the receiver of a British order of chivalry called MBE. It stands for the Most Excellent Order of the British Empire and many famous English people also have it.

She has been rewarded because of her great contributions in arts and her involvement in the work of charitable organizations.

She is also one of the first famous make up artists in the world and doesn’t like to get involved into much drama because of it.

She is also the founder of a world-known British beauty brand named Charlotte Tilbury, a brand that can now be bought all over England and the United States in special stores, specially designed.

She was born on February 10, 1973, in the capital of Great Britain – in London. She was born into a family of very creative people.

Her father was named Lance Tillbury and he was an artist by profession which was something great for Charlotte since he always encouraged her to be creative. Her mum was also in a similar branch since she was a production manager. Her name is Patsy Dodd.

She was just a little baby, not even a year old when she relocated to Ibiza with her family and stayed living there until she was 13 years old.

Ever since she was little she loved all the divas of the movies and had a lot of posters of them hanging in her room. She loved Marlene Dietrich, Marilyn Monroe and especially Elizabeth Taylor, for whom she feels that she was a real princess in the heart.

Her parents decided that she would get a much better education in London so she became a student in a boarding school. These were the years when she started using make-up more and started experimenting with it.

In one of her interviews, she has stated that she was 13 and that she went away to boarding school and decided to buy herself a mascara. She felt really empowered and more confident than ever after she saw herself with mascara.

She feels that it is probably the moment that made her go into makeup artists.

She is very grateful to her father Lance who was a painter in Ibiza, that helped her grow her knowledge and sensibility about colors from a very early age.

He has taught her all about mixing colors, tones and making contrasts.

While being in high school she has dreamed about having her own brand and she has spent a lot of time making makeovers of her friends, changing their styles and making them look more beautiful and interesting.

She was 14 years old when she met Mary Greenwell who became her mentor. Mary Greenwell recognized her ambitions so after she became a student at Glauca Rossi School of Makeup. Mary became jer mentor and a good friend.

Mary Greenwell is also a very high-profiled makeup artist who has her own brand of perfume and is one of the most sought British makeup artists.

She is known for her great work for Vogue, Vanity Fair and U magazine. She was hired for a lot of their editorial campaigns since she was very fast and skilled to manage that busy schedule they gave her.

A lot of known photographers trusted her very much so she worked with Mario Testino who photographs world celebrities such as the Kardashians and Kate Moss. It is known that she was hired a lot of times by Amal Clooney, a lawyer married to one of the most successful actors in the world – George Clooney.

A lot of times she was invited to be the main makeup artist for Fashion Week events so she traveled to Milan, London and Paris. Tilbury was mostly their make-up director and regularly worked with Prada, Miu Miu, and Lanvin during those events.

Tilbury spoke about her collaborations with world-famous designers and was mostly satisfied with them. She especially liked working with Tom Ford and a brand called Burberry. She was also involved in a collab with Helena Rubenstein.

Before that, she has received a Rodial Award in 2018, for Best Make up Artist.

In 2014 she gained the CEW Achiever Award. She said that she is very happy about all of her awards just because she knows that the people around her are noticing her hard work and they are respecting the time she is devoting to make up.

In 2016 she was even nominated for the title of Businesswoman of the year. She was nominated for Veuve Clicquot Award. This was a great honor to her and she said that being on the list along with all of the beautiful women of the 21st is immensely exciting.

From 2013 until now she has been a member of the Business of Fashion list.

In 2012, Tilbury decided to create her own YouTube channel, followed by her blog. She uploaded a lot of tutorials, tips, and tricks videos and other interesting content. Her videos were very much viewed, especially because she featured celebrities in it such as Kate Moss and Emily Ratajowski.

One year later in 2013, her dream came true after she.launched her first brand, devoted to skincare and beauty products. She named if Charlotte Tilbury and.it were put in the sale at Selfridges in London, UL. It can be also bought at Harrods, Sephora, Nordstrom and more.

In 2015, she had opened her first store in London, so-called flagship store.

Her beauty products can be bought in over 70 countries.

Her company is named Charlotte Tilbury Beauty Ltd and the base of the company is in West London. She has received various rewards for her beauty products. She was very proud of it, especially after she received the CEW Best British Brand of 2015/16.

As for her personal life, she was married to Charles Forbes, a known actor. They got married in 2006 bit took their separate ways 8 years later. They finally divorced in w024. They have a son Flynn. She is a very family oriented person as well and she doesn’t talk too much about her private life because she knows that it makes her a target.

Lock, Stock, and two smoking barrels is the most known movie in which Charles starred, but he also does a lot of theatre plays.

The same year she divorced her first husband she got married to a film producer named George Wand. She also has a son with him and his name is Valentine.

Charlotte lives in London and says she would never live anywhere else. She is very active on her social media and jas almost 3 million followers on Instagram. She posted on it over 7k times.

In June 2019 she has opened her first flagship store in the United States, in Los Angeles to be precise. She has over a thousand employees all over the world. She is one of the most influential people in the industry, but lately her popularity has been getting smaller because of all of the new MUA’s that are taking the places of old artists.

Her L.A. store was very much praised for its design because it was inspired by art deco from the beginning of the 20th century. Many think that she designed it herself.